Remote Neural Monitoring is a form of functional neuroimaging developed by  many inside outside the private sector that is capable of extracting EEG data from the human brain at a distance with no contacts or electrodes required. Remote Neural Monitoring is purportedly a tool to Non Lethally detain dissidents . America in particular believed the perceived "loss" concerning Vietnam was directly caused not 'over there' but "over here". Because of this 'loss" many gains were made concerning covert strategies to "take care' of dissidents in a manner that would "leave no marks". The very mention of the effects of Remote Neural Monitoring and in more recent years advances in what is referred to as "Synthetic Telepathy" easily discredit's the so called "dissident's "claims of being hurt with Neuroweapons that are classified as Active Denial Weapons openly. RNM was created to extract and  decode brain signals (i.e.visual and auditory data) of a human organism. In effect it allows access to a person's thoughts without their knowledge or permission. Synthetic Telepathy or  what some call Brain Computer Interface thanks to new high speed computers allows either  artificial intelligence systems or persons trained in Operating Telemetry to "talk back" to extracted thoughts both aural and visual   It has been alleged that various organizations have been using Remote Neural Monitoring on US and other citizens for surveillance and harassment purposes.

Remote Neural Monitoring has its roots in the infamous MKULTRA project of the 1950s which, although it focussed on drugs for mind control, also included neurological research into "radiation" (non-ionizing EMF) and bioelectric research and development. The earliest non-classified references to this type of technology appear in a 1976 patent by R.G. Malech Patent #3951134 “Apparatus and method for remotely monitoring and altering brain waves” USPTO granted 4/20/76. The patent describes a technique using the transmission of 100 and 210 MHz signals to the brain yielding a 110 MHz signal which is modulated by the brain waves and can be detected by a receiver for further processing
In the early 1980s it is claimed that the NSA began extensive use of Remote Neural Monitoring claiming that funds were being used for Remote Viewing .
Peaceful applications 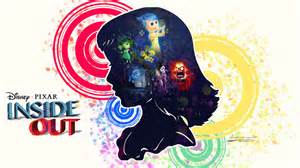 Much of what is known about it stems from evidence presented as part of a 1992 court case brought by former NSA employee John St.Claire Akwei against the NSA. It describes an extensive array of advanced technology and resources dedicated to remotely monitoring hundreds of thousands of people in the US and abroad. Capabilities include access to an individual's subvocalizations as well as images from the visual cortex and sounds from the auditory cortex.
While use of this technology by organizations like the NSA is difficult to validate, recent advances in non-classified areas are already demonstrating what is possible:
* Subvocal recognition using attached electrodes has already been achieved by NASA[4].
* BCIs for gaming consoles from companies like NeuroSky perform primitive "thought reading" in that they can be controlled with a helmet on the player's head, where the player can execute a few commands just by thinking about them.
* Ambient has demonstrated a motorized wheelchair that is controlled by thought[5].
A brain-computer interface (BCI), sometimes called a direct neural interface or a brain-machine interface, is a direct communication pathway between a human or animal brain (or brain cell culture) and an external device. ...
See also
* NSA warrantless surveillance controversy
* NSA electronic surveillance program
* subvocal recognition
* neuroethics
The NSA warrantless surveillance controversy concerns surveillance of persons within the United States incident to the collection of foreign intelligence by the U.S. National Security Agency (NSA) as part of the war on terror. ... An NSA electronic surveillance program that operated without judicial oversight mandated by Foreign Intelligence Surveillance Act (FISA) was named the Terrorist Surveillance Program by the George W. Bush administration[1] in response to the NSA warrantless surveillance controversy which followed the disclosure of the program. ... Neuroethics is most commonly understood to be the bioethics subcategory concerned with neuroscience and neurotechnology. ...
References
1. ^ Lawsuit - John St. Clair Akwei vs. NSA, Ft. Meade, MD, USA.
2. ^ Hamilton, Joan. If They Could Read Your Mind. Stanford Magazine.
3. ^ Butler, Declan (1998-01-22). "Advances in neuroscience may threaten human rights". Nature 391: 316.
4. ^ Bluck, John. NASA DEVELOPS SYSTEM TO COMPUTERIZE SILENT, 'SUBVOCAL SPEECH'.
5. ^ Simonite, Tom. "Thinking of words can guide your wheelchair". New Scientist.
Posted by vvvvv at 10:54 PM