"Hinky Thinky 'and The Babysitter's Boyfriend 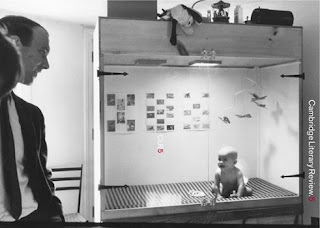 Layla Pace fretted about leaving Denny with the babysitter to join her friend Kate at MILF. Kate too was a single mother and had heard that MILF was a nice place to have a few drinks after work and BE pestered by men that were to assume that the single woman at the bar indeed would come with strings, car seats and playdates, Layla had hired the young woman to watch Denny on a site called Amber Alert Sitter Security .All the babysitters (all of them female ) were required to wear body cameras but still Layla was reconsidering. Although Jenna ,the babysitter who would soon arrive was trained in dealing specifically with children with Denny's needs.And the he Blue Ray was already on playing "The Big Little's Big Day"and a IM had been sent to both Amber Alert Sitter Security and Jenna's phone about 'The Big Littles" needing to be played through out the 2 to 3 hours Layla would be at MILF.Layla picked up the phone to call Kate to cancel. Something had happened to Denny with a babysitter .Or more so the babysitter's boyfriend when Denny was less than 3 years of age .Prior to the 7th day in May when "something happened" According to Layla Denny had been fine  and had demonstrated all the signs of normal childhood development.

"Or so YOU think ," Patrick Pace ,Layla's now ex-husband had said ,"It was a coincidence .The doctor's all said in some cases autism presents later in life "

Later in life ?Layla thought ,thinking Denny hadn't had chance to have a life, "Something happened to Denny that night" Layla said to Patrick
and later at first the Marriage Counselor' office  and next the Divorce Lawyer 's office where Layla had gone to discover that Patrick Pace was pressing the courts so as not to pay child support on the grounds that '-this something_-that Layla has said happened referring to "The Babysitter's Boyfriend" had become not unlike both a broken record in his head and film loop in his mind's eye in regard to imagery pertaining to what 'this something,that happened meant".

So much so had Layla's insistence "that something happened" become part of Patrick Pace's mindset ,thanks to Layla ,according to Patrick he could no longer see or even think of Denny without seeing "mind's eye" style the "prurient ,sick Enrot " that according to Patrick Layla had deliberately placed inside his head.

The babysitter Patrick had hired that 7th day in may neither Patrick Pace nor Layla pace could locate nor find after that night .
According to Layla Patrick wanted to be on record with the courts stating that "Denny had shown signs of autism before the so called "Babysitter's Boyfriend" Incident as to not pay child support.
According to Patrick ,a practicing Neuronaut .The Ruiner Enrot "filthy mindedness" his wife Emitted upon his min d,forcing him to see over and over again his son Denny being "fiddled with" by the babysitter's boyfriend  that according to Layla MADE Denny autistic-Patrice Pace said made it such Mind's Eye style that he could no longer look at his son without being filled with Layla's insinuations.

Layla insisted whatever "insinuations" Layla had inadvertently place in her than husband's head were not sexual but based upon her finding a plastic dry cleaner's bag beside the crib .The inside of the clear plastic bag according to Layla was not only spotted with residue of baby food and droplets of condensed spittle but displayed signs of the bag being stretched and expanded.

Patrick Pace surrounded himself with a small legion of fellow Neuronauts at the courthouse .The judge let Patrick Pace place a blindfold over his eyes and ear plugs in his ears so that according to the tenants of Neuronautic's Patrick's Emit could not be infected by Layla's Ruiner like Emittances that could latch upon his "Beingness'.

Layla testified that besides finding the plastic drycleaner's bag near Denny's crib that evening when Denny showed the first signs of Autism she had also found what a appeared to be a deliberately place voodoo doll in Denny's crib. Layla explained to the court that the so called "Voodoo Doll" had no pins in it but  semi unstitched threads around the doll's cranium that denoted the doll's head had been broken into parts.

"Do you still have the clear plastic drycleaner's bag with the child's baby food inside of it  or the so called"Voodoo Doll" that according to you denoted the head of the doll and thus Denny,your son's head had been broken into parts' the judge said no even trying to hide his sardonic smile .

"Patrick ,I believe through both the plastic dry cleaning bag and the doll away"

"You're aware Mrs,Pace  that Patrick Pace claims he saw no such plastic dry cleaning bag nor such a doll. You're aware ..Or Maybe you not aware that your insinuation to your husband time and time again that "Something Happened " to Denny on the 7th day of May implies  certain actions took place upon your child by the  babysitter's boyfriend are actions too disgusting to speak of aloud. You are aware that your decision to speak aloud your worst fears that in your opinion 'Made" both your son and HIS son autistic are now instilled in your husband mindscape forever. Things you presume to have occurred to Denny far removed from either the plastic bag or the so called doll your husband claims he never saw are taken by both Mr .Pace and the court as your own "Ill ,sick" thinking Mrs. Pace. Ill thought you decided to place in your husband's mind.
Tell me Mrs Pace. Has your son Denny ever told you or your husband or anyone what you said happened -happened?

''He does not speak judge"Mrs Pace said.

"Yes," Layla ,not ,for some reason ready to altogether  "Hinky " herself in  Kate's mind's eye of her with explanation.

Jenna had already come to watch Denny and to make it easier for Denny to adjust to a new person being around him Layla waited for  Kate to pick her up outside .

Layla was aware that the look on her face had to show no traces of what Kate said Neuronautic's called "Self Referential Billidy Bunk"and literally tried to speed up her mental processes now trapped in the courthouse concerning she and Patrick's divorce.

"So,'the judge said ,'There is no dry cleaner bag or any so called Voodoo doll for you to exhibit except as your own hearsay Mrs. Pace'

"I believe now that Patrick knew what was going to happen to Denny that night on May 7th and know he saw both the plastic bag I believed the Babysitter's boyfriend used to hurt Denny as well as the peculiar doll that resembled my son...with his mind split into pieces."