oh dear.Evan says...
....
Evan graphs that "well Dumbo..you certainly have conviction...you almost have ME believing your tale ...
but let me give you some advice..people in general do not like stories of victim hood.
they like "tales" of hero-hood
while you might feel like a Hero putting your neck on the rail (oh I do wish you would Dumbo..)by writing about something that should have been FUN
and was between you and your Mentors..
the way you are conveying this fallacy of Targeted Individuals and Human Experiments ...or what WE call Human Enhancement..it is not OUR fault you turned against US and made US in turn use this fantastic equipment in such a nefarious way
too bad your readers (what are there 2 or 3 in the last month Dumbo?)can't read what we read or they might understand how "Project Dumbo" became about shooting the poor elephant down
from the limitless sky
we have offered you,rented you to SEE,HEAR and FEEL

I turn toward my own thoughts
which is not easy
as their is so much "chatter" from the "ANGLES,not angels in the outfield"
and remind myself that this
cozy on up
is but a technique to keep one who is  KEPT
off his cognitions..

that might help mankind be either be more comfortable ,safe or in some way
better.


They put "the bugs in" a cross section of the population to "get the bugs out' of mind to mind communications
and also "pet us"
veer back to "kindness" so we will be more responsive to
various psychological horrorshow computer generated imagery..

"accidents will happen " Evan sings....and I pop another Benzo..
and wonder
how i can be the Hero in "the story"
when a. I am this close according to THEM to be "Silkwooded" by a Wild Palm Black Land Rover
and have begun
assimilating their taunts
into self hate

"and FAST" a new voice graphs,completely different than any "voice"I have ever heard from

"Not Enough they don't"I hear..not sure if the thought is my own or...

a cool friendly steady voice states that just like in any relationship there will be periods of static and agressive recoil.that it is up to one or the other parties involved in a "relationship" to decide if there is enough left to future communications .and or trust.to bother continuing with the interface.

so we're back to THIS I scream inside my head.
I can't take THIS again.
the imagery is too vivid
The program they reference was too weird to begin with
as if it were made for 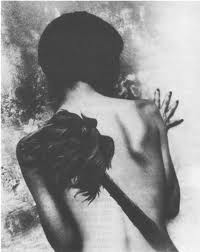