lately
I am losing it
If one who speaks endlessly about the things i speak of begins losing it ...simply learns
the hard way
one must
calm down
one such as I who has been apped ya see...
will begin speaking about mind manipulation especially when one is once again
carted away for acting up due to the stress of being
"mandled"....
a friend who has reasonable doubt about my "situation" has sent me an e-mail..
it is nice to know there is someone who takes the time to look up the  real science I mash into my "story"
most lately dismiss what i write and speak about as something that can be treated by a shrink...
as my "story" reads like -----a psychotic cousin or something who "got better"
after taking a little orange pills i forget the name of..."
or something
this friend is one of the few who NEVER took what happened and is happening at face value


saying "Human experimentation is as American as MK Ultra and of course THEY would do it to you
you make me so mad sometimes that I myself thought of hurting you in strange ways
(sorry for the honesty but maybe I too am gearing up for having my mind read and  one cannot tell a lie..:)
as a joke he sent me "news" on a
product he has come upon that might help
me 'deal" with
"Evan" and my "mentors' seems he was checking out some website filled to the brim with
FACTS about mind to mind interface ,artificial intel...something called the QuWave  my friend tells me the blog is getting a little too
whiny dontyathink I mean They did after all make the dude cybernetic and all this dumbo does is type all day
shouldn't he be like sky diving or waterski-ing or involved in some intrigue for christ's sake
(or is THAT what you mean when you said they would bury you alive in the desert..OK maybe a little less intrigue..but the truth is Dumbo can be very bad and needs a good  whipping now and again dontcha think?for instance i too would like to know
"why did he smoke so much crack? does little Dumbo not know when to switch addictions?
I suggest you
bring the whole "story" back to  how it was before Dummy fell off the wagon
and parasol pictures was manipulating the media
(can you imagine?) or better yet
.."the pART WHERE "Sheeple" WERE APPED AS VICARIOUS SEX puppets..
.OR MORESO ! go back to that "story within a story"WHEN  that HATE GROUP PURCHASED A JEW TO Hardwire JUST FOR THE "FUN" OF IT.. 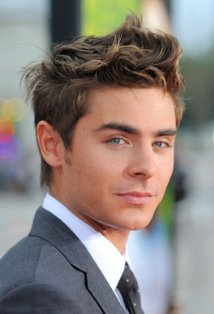 i can soo see Zac Effron being  psychotronically tortured jim or should I call you Dumbo? tell that nasty Evan to STOP calling you Dumbo ... but seriously do you think Zac could "do" jewish..maybe he could do it in his skivvies...Like that film he did with nicole kidman? "Brainstorm meets Being John Malkovich meets  9 and half weeks via intraneural interface...I am so serious ..Consider me officially one of your Mentors..this writing in bits and pieces must CEASE I demand linear narrative ..is this how you graph to Evan no wonder he 's so punchy. I just watched that dreadful movie "The Host"  where that crazy chick spends the entire movie like Sybil Dorset doing her mind to mind shtick.. so, it sorta could work,cinmatically ...i mean if you got an actress who could pull it off(sorry girlfriend in" Da Host "..not you!!!!not you!!!..and WARNING Dumbo DO NOT pay  per view or pay to view "The Great Gatsby" ..OMG! it almost makes one want to read a book again...anywho Jumbo:)
don't let the power that Seize, as you call THEM   drive you nuts man ...
just try to make a buck with it like everyone else !.
or I won't buy you a QuWave for Hannukah ;)

p.s .check that targeted Individual out in the middle pic recommending The QuWave Defender ! WOOF..if we can't get Zac let's just cast him.YUM!

CHECK WHAT OTHERS SAY ABOUT OUR PRODUCTS:

Watch this video interview, where Dr. Henning Witte finds QuWave Defender is First Device that Helps TI's.
(Dr Witte works with Targeted Individuals and is an expert in the field of Electronic Harassment.)

"Since more than 60 years TI's (targeted individuals) have tried to escape the Mind Control torture. Now TI's have tested the Defender from the American company QuWave with positive results. The Defender works with scalar waves. That is crucial evidence that the Mind Control torturers are also working with scalar waves. Officially scalar waves are denied by ignorant physicists but in secret they are used, for example in the HAARP facility." - by Dr. Henning Witte during a TV interview.

Electronic Harassment and other forms of control are designed to leave targets feeling stressed out, disoriented, drowsy, helpless, and paranoid. Targets are left with no one to trust and no one to turn to. This form of harassment uses electronic weapons of various types to remotely torture, control, and physically harm Targeted Individuals over time.
There are a variety of means that are used remotely to harm and control the targeted individuals. Some of these techniques are: Microwave, Ultrasonic, Laser, and Acoustic weapons such as Voice to Skul (v2k, v-2-k), which are used remotely to cause a variety of effects on Targeted Individuals. Many victims find themselves implanted with microchips which have become too small for the human eye to see.

1973In 1973, Dr. Joseph C. Sharp, at Walter Reed Hospital, while in a soundproof room heard spoken words broadcast by "pulsed microwave audiogram." Broadcast in a range between 300 MHz to 3GHz. Sharp was able to identify words that were broadcast without any form of electronic translation device - by direct transmission to the brain.

1974In 1974, Lawrence Pinneo, a neurophysiologist and electronic engineer working for Stanford Research Institute "developed a computer system capable of reading a person's mind. It correlated brain waves on an electroencephalograph with specific commands."

"In this investigation it will be shown that the spoken word of the hypnotist may be conveyed by modulated electro-magnetic energy directly into the subconscious parts of the human brain - i.e., without employing any technical devices for receiving or transcoding the messages and without the person exposed to such influence having a chance to control the information input consciously."


1975 A study by A.W. Guy and others, released in 1975 by the DIA, reported on experiments to determine the particulars of the phenomenon of audible electromagnetics, ..Sounds and possibly even words which appear to be originating intercranially can be induced by signal modulations at very low power densities."

Dr. Robert O. Becker, in The Body Electric, commented on the technology: "Such a device has obvious applications in covert operations designed to drive a target crazy with 'voices' or deliver undetected instructions to a programmed assassin."

A March 26, 1991 newsbrief describes a sophisticated electronic system to 'speak' directly to the mind of the listener, to alter and entrain his brainwaves, to manipulate his brain's electroencephalographic (EEG) patterns and artificially implant negative emotional states -- feelings of fear, anxiety, despair and hopelessness. This subliminal system doesn't just tell a person to feel an emotion, it makes them feel it; it implants that emotion in their minds."

The mind-altering mechanism is based on a subliminal carrier technology: the Silent Sound Spread Spectrum (SSSS), developed by Dr Oliver Lowery of Norcross, Georgia, and is described in US Patent #5,159,703 "Silent Subliminal Presentation System" dated October 27, 1992.

According to literature by Silent Sounds, Inc., it is now possible, using supercomputers, to analyse human emotional EEG patterns and replicate them, then store these "emotion signature clusters" on another computer and, at will, "silently induce and change the emotional state in a human being."

1993The Oct-Nov. 1994 NEXUS magazine reported: "Directed-energy currently being deployed include, for example, a microwave developed and manufactured by Lockheed-Sanders and used for a process known as 'Voice Synthesis' which is remote beaming of audio (i.e., voices or other audible signals) directly into the brain of any selected human target. This process is also known as "Synthetic Telepathy." This psychotronic weapon was demonstrated by Dr. Dave Morgan November, 1993


Dr. Emery Horvath, a professor of physics at Harvard University, has stated in connection to the generator that interferes with human brain waves that "These electronic 'skull-zappers' are designed to invade the mind and short circuit its synapses . . . in the hands of trained technicians, it may be used to disorient entire crowds, or to manipulate individuals into self destructive acts.