what is odd
is that my mentors and Neuronautics didn't care if us Urban Astronuats
engaged in sex for $
activities to pay for our sponsorship
and for the classes we took and what we owed them for pre nano
early voice to skull pulsations (one way communications ,pre mind encode.pre-actual interface based almost entirely on pseudo mind reading reading technologies still practiced by other self actualization "groups" in and around LA
the members helped by a mentoring system quite like Neuronautic..better understanding and "collection a dissection of previous or current "self" studies by Guides with early  pupil dilation and facial recognition techniques  through video so that one's self could be eventually and through discipline and study be "put back together" again in a more resonant and "true" and better version* 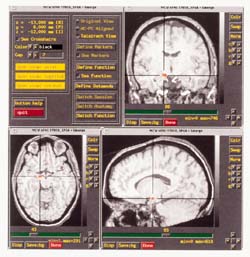 in the 90's ..we were told the cameras that we had to set up were as close to mind to mentor techno as They could get in the early 90's and the money we brought in was to help pay for things to come in terms of
guided living beyond anything we could imagine.
often a white van dropped us off at our
"client's homes or hotel rooms..
there was no talk of deviancy o long as we didn't take it up the bum..
or infer that we liked the act
as furthermore their client list wanted and dealt only with "gay for pay" type affiliated with The New Way
as many of our clients were...


software and hardware was  designed to make a member see themselves through a different looking glass
which helped with the initial needs of Teachers who insisted that  a gentle paring down of pre-programed  defense mechanisms
was the way in to other "ins"
and societies   way of brainwashing the member prior to initiation into an altogether different style of thought ..Teachers of both Neuronautics And The  Conscious Cue Group believed that the useless thought  processes a"newbie" brings to the table must be all but drummed out of the member before any new input could be acquired by their minds which spent decades being taught lies and liabilities..Old Thought Styles according to Gary rainy and the founders of  The Conscious Cue Group  believed made a seeker of a New Self hood resistant to Guided Change
to fight the reactive resistance to change and betterment new softwear was acquired
to help the member fight regressive tendencies  primarily   software  used to scan the subject's facial expressions to match them up with a stored configuration of what each represents in correlation to what the person is thinking.
he computer's analysis of said expressions they are able to guess what words and images the person is privately thinking about Neuronautics decided to scrape the entire Mirrored Self flawed finding of video when nano particles which acted very much like the bio sensored headset or hairnets was lent to them by Dome Proxy Cyber