"Bring me the Thread of Alfred Garcia"

Linda N. said" I here  he's back in jail..something about a dick pic sent to a minor...what happened Evan? "

"He must have done it when I was  distracted..."

"well this distraction I hope didn't lose us Turnkey's bid

Evan  had recut the tape,the Thread.
an entire 22 seconds

he hoped the JUMP CUT in Thread ..went un-noticed


it's so much fussing about..some much useless information..and way to much nonsense concerning his cat..Evan has not given her a hand's on written "Cliff's Note version of the events leading to the dic pic incident

but this girl got in touch with me not the other way around..how she found me I do not know
I once kept a website about neural monitoring that TURNKEY made me take down
the girl added
all sorts of SHIT to it
plastered
aliens aliens agenda
yadda RADA
Nasa shit all over it.

I read her message
and
delete
something about ancient aliens having technology ..
yeah yeah you crazy bitch
obviously she's never been apped up 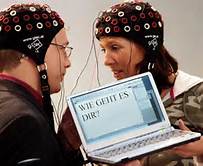 so this chick is looking at a wee sized devil head in some Adam Sandler movie
well Missy
I see this
Imprinting Augment Sway all day long
I signed up for it
for parole
TURNKEY tells me to send her a dick pic
he wants me to go back to prison
he knows what I think of The New Kid in Town
her name is Marci
she cannot be a day over 14
"send her a dick pic ..she is 18 but dresses young..
you'll get a hearing
no time I swear" TURNKEY says

TURNKEY CYBER SYSTEM monitors my thinking
TURNKEY knows what I daydream about
funny
the girl
wears exactly the same red overcoat I fantasize about
one another day
when I saw the girl in my thought wearing a striped halter top
amazingly she was wearing exactly one like it
for a week this happened
than
it
stopped
today one of the guards who monitors me  graphs that on today of all days no thinking my sick thought a TONE asks politely if I can  refrain from focusing on anything untoward
I tell him I know
I understand..
but still my mind drifts


I graph that
no matter the case

yes I graph back ..a very very very horrible thing


my mind however drifts
and TURNKEY send a shot of pain into my arm
"You like that .you want more"