I go out for a walk
and run into the man in the peppermint striped suit.. 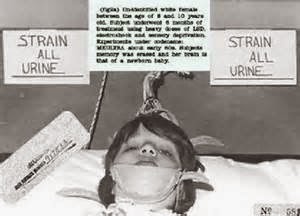 "go away Peppermint Man,' I say...you have followed me around since I was little..

"you were told to always stay little..You were traine dto always be little...and always be satisfied with the littlest kindnesses..." the  Peppermint Man says

'well..this isn't quite working for me..is it"I say walking away.but the Peppermint man..puts his hands up me.

""Though I have been speaking figuratively, a time is coming when I will no longer use this kind of language but will tell you plainly about your " Father.the Peppermint Man says

'Oh you have told me way,way too much about my Father already.."I say removing his hand..

"we have not even begun..and you are doing all you can to be finished..."he says

"I do not know what I would do in your position  expect assume the position" the Peppermint man says....

"dude,'I say,'whatever your intentions when this began...all I am now is your captive...all a captive does ..is try to escape .."

"you could have chose to be captivated instead" the Peppermint Man says.

"Oh you know I was...or I would not have taken the red pill"I say.

'you did not TAKE the RED PILL." the Peppermint Man says ,breaking character. Sounding ONLY now like the Voice in My head..".do not give yourself that much credit..Dumbo.that you TOOK anything..you could never really TAKE much of anything could you ? you wuss..? what we say about you not writing about Monarch programing ..how "ill" you'd come off as...why do you think that same picture of that little boy is placed in each and every video....of that Ill little pathetic Boy....in the bed...
TOO KEEP YOU from GOING THERE "

"I start to revert to "that same little boy" who reacts..to this kind of "come-uppance" but instead put my hand on the Peppermint Man's shoulder and shove my face all up in his ...that little boy IS THE BLUE PILL.the glitch in this ." I say sticking my finger hard into his chest..""Dontcha ' know that by now?" ..I begin walking away..

"you're  not afraid now because ...WE DON'T WANT YOU AFRAID

but you know how it gets..
Later.."he shouts from behind me

next appearing in front of me ..and than

for now
fading away..