1990
(1)
I needed a shrink to sign some paper saying I was loco
as to get on welfare.
so I could paint rather than' work "
I had begun hanging out with other  older artists downtown
and they said that's what they all had done ..had to do
to focus their efforts on learning how to paint without the
wasted hours of being a "Petshop Boy"
or Pizza Boi
after one gets on welfare it is quite easy to seamlessly stretch a documented  mental illness into
a near "working wage" with SSI payments..
it seemed like a good idea .
at the time.
All primed, wearing an over sized T-shirt I had made sure I had slept in for 3 days..and peppered with just enough stains as to not make seem costumed
I lit a bowl and off I went to the nearest   mental health clinic nearest to the temporary address a fellow artist/musician /male escort/model  had let me use...
as my own
being  stoned I thought might help "my case"
I was worried I would forget "my lines'
that I feeldepressedsometimes feelpeople areaftermeorlooking at medonot sleepwell...and a bunch of other such  suchness
several seasoned sloths/artist/musicians
had written down on a piece of paper I had studied  and tried to memorize for the last 4 days
the problem with weed ..for me at least...was that weed unlike coke
in fact makes me crazy...
and crazy it seemed was just
Dr Kleinstein was waiting for
(2)
Dr K was working with an experimental drug
made by Proxy Cyber Sensia
Zac was unaware that  the pill called Merge   was not really a pill at all
meaning it's means of action were not really
chemical in nature nor action
but electronic
nor was Zac informed
that once one took the capsule that the "effect" of the capsule
had no half life.
once one took Merge .Merge bonded itself to one very dendrite
forever and for all time
(3)
Zac Berger was not what Mr and Mrs David Berger  wanted out of son
the last thing Zac's father had said to him at his cousin's Bat Mitzvah
was that Zac maybe should always wear a yamaka on his head
so there would at least be "something" blocking Zac's degenerate thoughts
from the Lord
.
Zac who had been Bar Mitzvah-ed and went through the usual -alities of Hebrew school
had always wondered what the yamaka was for,
almost as much as Zac wondered what the hell a single word he sung at his Bar Mitzvah meant.
Zac decided not to remove  his yamaka ,as a sign of respect to G-d (as a buffer between his thoughts and the Lord) when he snorted enough coke in the rented ballroom
to brace himself enough  able to hug his mother shake his father's hand and get out of there before he actually
had much time to think about what his Dad had just said to him.
or more so what he was afraid he might say back. 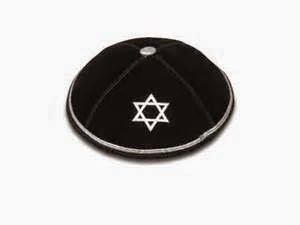 I was informed in Los Angeles by the powers that Be and seize and break into one'sapartment and set one up with love interests and dose with DMT
that if  "that if I had nothing NICE to paint ..well..I should not paint at all."

much more frightening however
is the fact that the actual  Holocaust the mini movie was based upon
(1934-1945)
has not held up well  either.

except as blueprint for The Singualrity
Posted by vvvvv at 7:34 AM