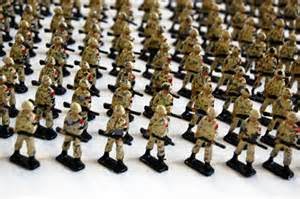 filled to the Brim Zing  with"rocket fuel'
with the  interface
I get pumped with...24/7
so clear and crisp it is

so jumped up..on signal...I feel as if I am one with the machine

but than
this feeling plummets
like a manic depressive in a made for Tv movie does..
all dramatic
and artificial

suddenly empathetic..not to my Mandlers but to the Ruiner that is (was) Denny Pace...

we had nothing to do with whatever denny chose to do to himself.
later that night.

I kinda' feel for Denny Pace..
but his Mind to Mind  Mentorship was going nowhere..
because Denny could not or would not concede to his mentorship
-couldn't deal with losing his ego..to best be  a human drone
nor it seems can I ..
trust me one is not "interfaced" the
"Afterlife Eternal" Imbue ..if one is in High Tone..

thing is I don't quite believe THEY have come THAT FAR
to actually take someone's Neural Reads and whatever human consciousness is
that FEELS,KNOWS selfness..
dying in a staged fire,,
uh
that I believe THEY can do..
they pick off those they have made fodder for human experiments in droves..

but they suck you in never the less.
they somehow make you a bit ...no ..actually a lot smarter than you are
ONLY at their conveyance
and than spin you around..your mind like some kinda  whirlpool
for the next few days so you kinda' forget
some of the "conference calls"
right to your noodle
...but the problem for your Team is
you don't completely ,like forget

for instance ...this morning ...
I woke up ...and suddenly was presented with what I reckon one would call a establishing shot

dirty hot air you cold smell...the sound of helicopters..
and next
this establishing shot becomes a map of some territory of some kind

if this was a movie I'd shut it off...
but I can't..
and sensing I am bored by this line of sight line thought
my team
reframes the input to something more carton-ish
as if I am an Idiot who needs to be placated with
simplicity...and even a child can do it interface

the jist? is this
we're out in the desert
and there's like the enemy over the mountain...or over the sand ..hill..or some such shit
and I am at like this DJ booth.
I am dressed in some kinda uniform
and so are a lot of the other men
private security uniforms
but actually these uniform look more militaristic than
even those outside of the private sector..

I guess we are there to protect this piece of land
which doesn't make much sense because  it has been imparted to me we are on foreign land
so ..I was a bit confused how or why we could be protecting LAND that wasn't even ours..

the jist than is "shut up dumbo" and just glean the interface
of "it" all
which is about holograms
..I remember it's kinda ' weird ..
this amazing DJ like booth in a tent..
so modern
in this country supposedly unmodern
...
or whatever we or they say about countries that don't "flow" like ours..
well
there's all these Tv and shit in the tent
and what we're doing in this "waking dream" like interface
is developing realistic looking variations of
private sector "solider types"
to beam as holograms
to go running over" the  mountain "

while the "real soldier-ie type" go a different way..

supposedly my job was to make the soldiers not look like tin soldiers ..metaphorically.
with this artsy like computer soft wear/program
...to for instance make one toy soldier 5.'8..and have a non generic face...
another 5.9...etc

using this algorithms shit which is built in ..to like let you know in a group of 1000 men 70 percent have  dark brown hair..

In the imbue i'm like ..I don't want to do this shit
I want to be a real soldier
and go running around to protect the land that isn't ours.

"you will  soon enough," Evan graphs back and I shrug and post

I have no idea what he's saying...  so carried away.. so interconnected .. so jumped up.. and on signal...I feel as if I am one with the machine ," I tell the shrink who asks me what the "Voices" are saying.What my "visual hallucinations" and delusions are "up to"
The shrink has his finger in a little steeple shape, for once he is  not taking notes..
I ask him"..doctor?.is this what like your other patients say their Voices say to them?,,,I mean is this like typical schizophrenic "chatter? "
"Everybody with  a thought disorder creates their own story.to provide some context for their belief that they are communicating with an outside force.." the doctor says.
'so I shouldn't be worried about writing it down..as it's just more crazy flying by.."I say
"I don't know ..if one necessarily has to share all their symptomology on line..'the doctor says
'Isn't that what the facebook is for?..I mean to some degree? I mean if anyone were ,like studying it ..they'd be able to gauge how narcissistic for instance one was..by seeing ,like how much they focus on other people's post's beside their own..how many times they check to see..who liked what they posted..right?'I say
"did the voices tell you that?" the doctor says,'or did you think that your self?'
"How would I know...do you know what I mean?"I say
"uh..I don't know if  I'd really want to understand what you mean.." the doc says before looking at his watch saying ," our time seems to be up.."..
"yipes," I joke,standing up.
'yipes is right," the doctor says.Not really joking at all.