I come up stairs ..
after XXXX dumps my strawberry quik down the sink and pours out the whole box of quik next down the sink
and I say why you doing that he just makes his mouth puff up

saying don't forget little pinnochio and I have to go on a trip
and maybe the doll
was about what they will do to dumbo if he doesn't do his real live boi stuff
for a paying client..

next XXXX starts throwing out all the candy and bread ..and cereal...and I stand around like an idiot..
thinking this is insane..

I pick up the little jim doll and ask XXXX where the dolls arm and leg is..
XXXX pulls out a baggie from his pants and tosses them to me

"Ha .ha.," I say wondering how long XXXX has been carrying around MY arm and MY leg in his pockets..

In my room I try both gorilla glue and crazy glue to put the arm and leg back on...
but than see that the arm and leg have tiny little ..like notches on them so they can tied on with twine...
I start getting angry ...that not the arm and leg are all gluey for no reason ..and calm down and down and more down ...
to delicately like fix the doll the right way..
THE RIGHT WAY! I graph ...that no Mandler thinks I have the patience or diligence to do

XXXX knocks on the door..
throwing my an apple..
in his hand is his laptop

"so...you 're sanctioned to kill people huh...,good to know," XXXX says..."and real real real Good for anyone online to know...tell me..do you EVER stop and think what you are doing...."

'for your information THAT post is not about or for this wicked little Game of yours..but my game entirely.."I say

"be careful is all I gotta say," XXXX says

"tell me XXXX what I have to be careful about anymore?" I ask

'eating too much" he says and leaves the room...

I hate XXXX lately for not being "app-ed" and it starts to really hit me for some reason what exactly THEY really did to me..
"you can't afford to think about it like that ,' Evan graphs sending me some friendly visuals or many cartoons...I like...

but I am thinking like this more and more...I graph..

'THAT is WHY you sticking to the STORY ..our STORY is so important...so we can weave you in and out of story....without you ever having to just LAND where you are right now..you're being punished is all...for trying to break the paradigms..
and than all we have is what you have there..
some little rag doll..
and not a little action man..

Evan's voice changes to Jimminy Cricket's...
and is real kind like that..
and next I see Evan as little jiminy Cricket on the edge of the bed..

"aren't you going to sing a song or something...?" I think 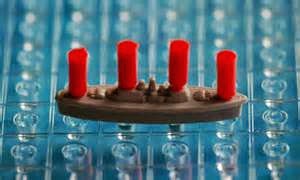 at the image and suddenly it's like the whole world has stopped.

"and you think you're a fuckin shooter Dumbo?"Evan laughs.

suddenly ,for some reason I get furious..like he's mocking me ..Like he knew I'd get all soft and nice to his little over lay upon me ...

"you can't do that to me ,ever ,ever again ," I think past Evan and to whomever is running the show..."Understand?"

a different voice goes into me..."If I were you Dumbo I would realize I am in no position to ask anyone for jackshit ...for a while UNDERSTAND?Now if I were you I'd turn on the TV AND some White noise machine ...and really think about NOT that stupid Doll but the Neural Pain reading that was around the doll's neck and how just 20 minutes ago...we replayed pain upon your elbow based on readings over 4 months old buddy boi...but don't think if it TO much ..I don't wan to go sinking your battleship"