DARPA looking to master propaganda via narratives, (2) understanding the effects narratives have on human ... .Military Seeks Sensor to Gauge Brain's Reaction to... understand how narratives and stories change neurobiology
it would seem the obvious place to stop the story.
for fear that "the usual suspects" might NEVER stop theirs..if one continues..
continues
what you dear reader think of as "the story"...for you dear reader ..cannot ,I assume  consider  first of all that there is technology that could and does 'beams" signal " directly into one's visual and auditory cortex (and many,many..toooo many sections of one's brain NOBODY but NOBODY has any right (unless 'comes a time when due to Homeland  Seek-currency.  when all laws  both written and unwritten concerning a man or woman's right must be 'placed on hold")reading nor "writing " upon..
it would seem to me and perhaps to you if you were a Targeted Individual. Chosen because of your Non Worth to society as anything BUT a Human Guinea Pig.to be a lightning rod..
for A.I. and Brain Interface Endeavor..
....
what better way to END "the story" than with a "little bit" of evidence that indeed ,quite beyond ,research and development to get Open Mind Interface to "work"
that in fact...
measures have been taken to Master the Art of imbue-ing One marked for Human trial and error..
concerning Neurotronic Entrainment
with Narratives..
purposes created by storytellers to drive a Target Jack rabbit Crazy..

but why stop now.....it is too late..
to stop explaining what is being done to me and so many like me..
a project so scary..so wrong ...what type of man would care what happens to them
for "telling"

a project..according to "THEM" I  had no right trying to explain..
however when one's very right to think privately
GOES..is taken away-
I must say whatever "affinity" one has had with one who has made this so..
pretty much falls by the wayside..

also ...besides writing ..I cannot actually DO very much else /although my chains are invisible
as wireless communicado tis'
the sheer high tension brought on by such tether
has all but' undone"other respects of my biological being
that include smooth movement of my muscles and now coherent notions of
my self ness.

what I suppose I am trying to say..
is my appearance due to being pummeled day and night for many years now with Sound and Vision
and the electromagnetics that allow for such a to and fro'
have sapped much of the unsaid "means" one thinks very little of -that allow for one to go
"un-marked,un fettered " in the world
without for instance a policeman taking notice of one made attenuated
asking"what is wrong with you...?'

for it shows..now..
the emptiness...the lostness ..one has in one's eye's and carriage..
from being made a human drone..

one realizes one appears dazed,drugged,-GONE..

"Perhaps ,"a cop might say,not bothering to test you for alcohol nor drugs in your system(one's more paranoid side says  ,,He Knows ,He Knows."You had better sleep it off
at Home"

but at home all you can think of is how ..ONLY you seem to get the implications of
the man and machine working to make A.I. Narrative...
to purposely make the "stories" and "emotions" that go with Virtual "reality' more
authentic to the Neural Reads they decode to make
the induced Fear even more personalized. Specific.. 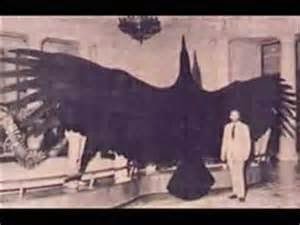 and thus horrifying
whether awake or dreaming..one can not close one's eyes
or ears..
or mind..

and the thought of taking the obvious step to "turn yourself OFF"
is so much more than ideation..
but  simple procrastination
Posted by vvvvv at 3:42 PM