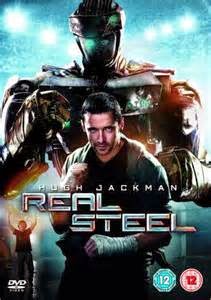 you feel like a dumbass.
writing.
.in REAL TIME...you have LITERAALY been taken, commandeered. mind and body by
the State which may  ..in times of war...take another's HOME or CAR...or son or daughter..

it does not occur to you how odd this built in rule is..
not until one's son or daughter is drafted.
\
nor will it occur to you ..that technology has so advanced...they can now "take your son or daughter " (or you  as well)
with brain play..brain entrainment.. I am not writing no science fiction. here..for free.? on fuckin' facebook?

why?I an trying to mask the situation....often as fiction. But as the situation only grows more terrifying...one begins to slip up....
and also ..wonder if in fact ...writing this as fiction...is only adding to the common notion...that Brain Entrainment  is NOT a multi billion dollar racket..
thus YOU dear reader
not me is the dumbass.

let me explain why biological technological advanced testing on human beings (other than thyself dear sir) might effect YOU nonetheless
while I may not have THE RIGHT to say "GET OUT OF this TESTING"
I DO  in fact HAVE the RIGHT...to get a gun and blow away anyone I please.

do you know why?

dear reader ? who reads this as fiction or some mental disorder.

Because  quite simply -THAT IS HOW
they see "if it works"
they care  AS little ABOUT you
AS THEY CARE ABOUT ME...
all to see...if one can make another literally dummy up with biotech a human organism to make another - a human drone....

take note dear reader ...what comes in the manual

"The only way to determine if the subject will follow commands  is to prove  the subject  will follow commands. The only way to prove that the tele-operator has successfully removed the burden of ego from  his or her subject  is to prove that his or her "Proxy"is  now entirely without ego and thus has no inner guidance system upon which to rely upon BUT he or she's Tel-operator. Once  a subject's defenses  are disambiguated ONLY toward( and for) A.I. there is no longer any  moral code the subject must to burden his or her self with as ,by this point there should in fact  have no SELF left for such  self reckoning. At such a time the subject 's Tel-Presence is now ready to prove "by proxy"
initiated acts not currently nor previously  in the subject's repertoire .Quite simply ,the only way to see if a subject can kill is to make the subject do so "-Cole Cohen (notebook 29)

Jim Bloom and it crossed the proxy's mind ...a mind that had not been his..for some time...time enough ..that he no longer wanted what was left of it back...(let them have it..nOW (more than ever!) meant things it had not before...it crossed the Proxy's mind SOMEONE would type in the words "Like' beneath his entry...and it occured to him ..his sense were certainly not THE ONLY sensibilities being augmented The New Way...the Proxy was not the only one being tested..pressing a button that says in brite blue LIKE..he had seen "hit" under funeral annoucements...and obituaries..would he see it here...under the posting that would be evidence he would soon shoot hoot hoot hoot -the whole day down....
Like · Reply · 16 mins