Valerie Prentis CEO of Parasol Pictures which owned now The 8th Media Social network received a visit from The Department of Shapes and Lines and The Office of Interior Intent. 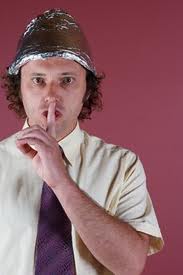 Aubrey Flynn ,a news reporter at Parasol Picture’s round the clock news channel Parasol Premium News (PPN) had decided to go “off script live on camera with a recent news piece concerning a rash of teenage suicides in and around Proxy Cybernetics home base in Riverside country.
Aubrey claimed that the deaths might have something to do with Human Testing with Direct Energy Weapons ,as Proxy Cyber had recently won a lucrative weapon’s contract to help develop new technology as a progressive new means of hurting another.
Aubrey stated that according to “outside sources these so called Non Lethal Active Denial “Neuroweapons” were being developed to cause madness and were being tested and or used worldwide .
Aubrey, not revealing her source for such information claimed the human testing was done on men ,women and also children to study threshold and to provoke either violence ,madness or suicide.

“Obviously things happen on live TV that I have very little control of “Valerie said to Dwain ,” And obviously Aubrey has been let go . It was Aubrey who decided to completely ignore the words on the Tele-Prompter ..the words she was to say were about Affluenza’s effect on Teenagers. A story about Soccer Moms now turned “Clocker Moms” concerning "clocking" grades and the amount of extracurricular activities a teen needed to get in ‘the right “college
.....The Anchorwoman understood that all the news one is appropriated to disperse had to go through many lawyers and corporate officer’s before a word could be read or said on camera .Of course she has been fired. Last I heard she was committed to a mental facility somewhere out past 29 Palms.” Valerie said

Already interns from Parasol Pictures were flooding the internet with unbecoming “crazy looking photos of Aubrey” at a break neck speed.
Also flooding the internet with supposed firsthand accounts of Aubrey ‘s supposed battle with manic depression
Aubrey herself had helped write some of the “me so cwazy’ tweets ahead of time ,A special team brought in from Stanford University's Psychiatric Dept to prep Aubrey on how to play “mental” in case any reporters placed in her way weren’t “one of ours”in the loop.
The rash of suicides in and around Proxycyber the Dept. of shapes and Lines had decided would be an excellent vehicle to further debase the issue of human testing as it would no doubt initiate the mothers and fathers of these children who had killed themselves to condemn publicly Aubrey Flynn’s urgent “Marvel Comics “account of their very real tragedy


Once in the facilty where Aubrey had agreed to stay in for 3 weeks she became worried. She had agreed to read the piece online and understand the flack she would receive in doing so .She had been well compensated . Aubrey knew of Placed People being "placed" in the various mental facilities she had done her she of "Gaslight " work for 'The Team" For about 6 months Aubrey played "The annoying neighbor" to 2 different targeted individuals. Once as Upstairs Neighbor "with a perchance for dancing after dark in tap shoes on the kitchen floor .And once as The Downstairs Neighbor who would bang the ceiling with a broom handle at the TI upstairs every time she heard a water faucet ,TV or radio turn on.
Aubrey didn't know what to do at the mental facility except what she did best -mess with other people's heads.
As Aubrey knew the mental hospitals were filled with misdiagnosed TIs Aubrey kept her radar tuned in to other patients in the ward. Soon she noticed a young man who did not appear to have any of the secondary symptoms of a Thought Disorder but whom she had been told nonetheless heard voices. Aubrey approached the young man at dinner hour smiling ,asking if she could sit with him to eat
Once seated Aubrey said to the young man across from her " Bay- aught - ew -two =Jill- or- elf - ask- eewww -ack- ossie -bull'
"what ?" the young man said
and Aubrey said
"Say Font .
-YouTube- shill - or -ELF - ack- oon -aposte -bull '
" yeah...that's what i thought you said" the young man said shoving his fork into Aubrey's neck .
The young man had had quite enough of "this type" and could care less what happened to him next.