briefing room and "A New Way" of surveillance 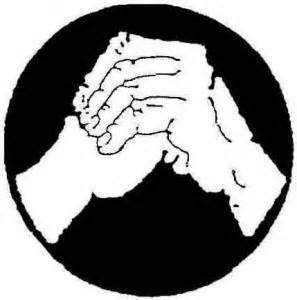 it was not easy for the Chief of police to have to sit with those lesser in rank in the briefing room His place at the lectern at the briefing room now occupied by the head of the Office of Interior Shapes and Lines. For a moment the Chief felt empathy for those who had to "keep rank" and kowtow to his orders and laugh at his jokes.
more than that -it was not easy for Chief Deets to keep his mouth shut about what he saw on Glen's phone-
-Evidence- that at least some of the protesters in the March on Mall Street were not protesters at all but policemen dressed as protesters.
Already Deets could tell who was- under the masks- by the way some officers  conducted themselves in briefing room.
Their rank ,it seemed to Deets was still the same
but their attitudes now assumed an unsaid promotion concerning favor
And this favor was noted by the Office of Interior Intentions who had made a point of assigning this small group to the on going investigation of the March on Mall Street, nobody else.

The Office of Interior Intent told the policemen that cameras were obviously not enough to watch the citizens of Memphis Ohio and that there was a new means of surveillance the town was being asked to test .
A burly policemen ,who was now in favor, joked "They said that about the reality show too!"
When the laughter died down
a well dressed woman in a tight blue suit  approached the lectern, making at note of smiling only at the pack of policemen now part of the "team" who would deal with the protesters/dissidents/suspicious persons of interest
At the lectern the woman said to the policemen that

"Surveillance from without
has not seemed to work too well not only for Memphis Ohio but
towns and cities coast to coast .
This is why Merge Proxy Cyber believes that surveillance from within
is the best option for those amongst us who have displayed certain traits
that may or may not lead to acts of violence against others.
Namely-  all people who attended and or marched in support of the  the March on Mall Street
all people who made a point of watching the protest  from the wings
all people who have purchased a "H for How dumb you think we is" mask, \
all people who befriended both online and off those with sentiments against Curtis Kurtz ,the banking system of Memphis Ohio
and those in the sections of town who do not have a supermarket but feel as if "they need one".

Chief Deets was surprised at the last statement .
As the protest last spring at the Proxy Publik Market
ten miles away from the poorer section of Memphis Ohio by those who only had  access  to Bodegas was a peaceful protest that had nothing to do with the March on Mall St incident

Chief  Deets felt the back of his chair being tipped by a foot by a plain clothes detective .Chief  Deets turned his head around and saw the detective laughing and than make a gesture of buttoning his lips shut.
Chief  Deets outranked the plain clothes detective ,in fact he outranked everyone in the room.
Had something happened without his being aware- that had somehow completely reorganized law enforcement- that Deets was un ware of.
The pushing/tipping of his chair came so out of the blue
that Deets could not respond
because the deed seemed so incongruous  with normal behavior.
The Chief told himself ,this was why he didn't say anything or  make waves .
The Chief worried he would not have such an answer
if something like this happened again
Posted by vvvvv at 11:28 PM