" why didn't you tell me before you mailed the letter?" Layla asked 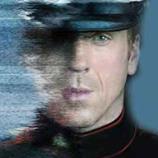 'Because I thought it was the right thing to do,the American thing," Denny said

Denny had written a letter to the FBI ,a handwritten note about an episode of HBO's "Homeland" in which Saul Berenson  played by actor  Mandy Potemkin says to another actor about 9/11 ,"Everybody knows the Jews did it"

Layla remembers Denny ,who usually didn't react to anything especially on Tv suddenly stomp his foot and next run upstairs. She had thought it was odd .But than again everything  Denny was odd. He never seemed to just watch TV, he seemed to simply  stare at the Tv  as one might an aquarium,.If Layla ever left the room and asked Denny what she had concerning the program they were watching missed Denny said he didn't know-" mainly too many  colors and people being shown close up than far away and  mean sounds and soft sounds "

Denny had stayed upstairs for about twenty minutes during the rest of "Homeland" and than told Layla he was going for a walk .
Denny never went for walks. Layla ,knowing Denny was autistic and that every small change in his routines  could be a "victory" for Denny (going for a walk ) and  possible progress did not ask questions .Nor did she ask questions when Denny returned only 5 minutes later red in the face but half smiling .
Denny rarely smiled .
Denny sat down again on the only chair Denny would sit in .Layla didn't say anything and forgot all about it.

'I think it depends on who you ask." the FBI agent said ,"we want him to keep writing us every time he sees something he thinks "is wrong" on TV- but our profilers say you can't ask him to do anything .Can you perhaps keep a notebook or something near the Tv?"

'Can I tell him you stopped by?  "Layla asked ,"Or at least received his letter?"

"No,I just had to know if you or anyone  asked him to send the letter or if he sent it himself."

"Can you tell me if Denny did anything wrong or right , he'll be home from school soon' Layla said not trying to hide her anger.There was something almost surreal about this visit that somehow went far beyond the simply fact an FBI agent was in her home.

"dead on what...it was a TV show 'Layla said

"I should go before Denny gets home ." the agent said

The FBI agent left and Layla felt as if Denny was now to be some sensor some living flesh Geiger counter for Tv programs.Layla laughed nervously to herself .She had always been worried what Denny would do as an adult concerning work and maybe all he had to do now was watch Tv and sneak outside to a mailbox  .