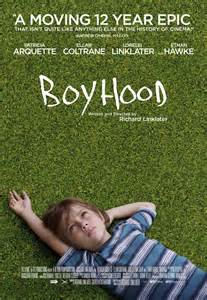 A new executive order issued by the  White House  directs federal agencies to conduct behavioral experiments on US citizens as a means of advancing “government initiatives".
The Executive Order reads, “A growing body of evidence demonstrates that behavioral science insights — research findings from fields such as behavioral economics and psychology about how people make decisions and act on them — can be used to design government policies to better serve the American people.”


The new program is based, according to a report in the Daily Caller, upon a 2013 proposal which was titled, “Strengthening Federal Capacity for Behavioral Insights.” The federal capacity for control is enhanced through a better understanding of how people respond to various stimuli. The report cites a document that was part of the 2013 proposal which identified the model as a British one implemented in 2010, which created a Behavioral Insights Team. That team engaged in “iterative experimentation” to test “interventions that will further advance priorities of the British government.”


That same review of the Nudge references a year-long July 2011, British House of Lords Science and Technology Committee subgroup study which concluded “You need more than just nudge … Behavioral change interventions appear to work best when they’re part of a package of regulation and fiscal measures … all politicians love quick fixes … one of the problems with all of this is if you really want to change people’s behavior it takes a very long time … you have to look at a 20- to 25-year span before you get a full change of behavior.”
The 2013 memo stated, “The federal government is currently creating a new team that will help build federal capacity to experiment with these approaches, and to scale behavioral interventions that have been rigorously evaluated, using, where possible, randomized controlled trials.”
The executive order directs federal agencies to “identify policies, programs, and operations where applying behavioral science insights may yield substantial improvements in public welfare, program outcomes, and program cost effectiveness,” as well as to “develop strategies for applying behavioral science insights to programs and, where possible, rigorously test and evaluate the impact of these insights.”
The Daily Caller also points out that federal agencies are being “encouraged to recruit behavioral science experts to join the federal government and to develop relationships with researchers in order to ‘better use empirical findings from the behavioral sciences.’ They note that ‘researchers’ from MIT, Harvard and the Brookings Institute and others are already onboard the thought and behavior control program.”
Posted by vvvvv at 9:15 PM