these lunatics
who openly write  that they hear voices and see things via some transmitted pulse or radio wave that
interferes with their temporal lobe
oh.
did I mention that those that transmit their visions and hearing also read their minds..
ALSO
they openly write about this "group" connected with their electronic "puppeteers"
that do not so much stalk them as...
Cue them..
.let them, know ..."oh yes ...we know you"
these Organized Stalkers
play with them...
screw with their heads...
Display. Through some type of pantomime..
Their once private thoughts
Now ,transcribed and fodder
For
"Street theater exercises "

do these lunatics not know how they come across?
or do they not care?

sometimes I read their ramblings
and laugh..
their SOS
Their message in a bottle*


*The thin-film transistor (TFT) has been designed to replicate the junction between two neurons, known as a biological synapse.....a key component in the development of artificial neural networks,
The artificial synaptic TFT consisted of indium zinc oxide (IZO), as both a channel and a gate electrode, separated by a 550-nanometre-thick film of nanogranular silicon dioxide electrolyte...
The design was specific to that of a biological synapse—a small gap that exists between adjoining neurons over which chemical and electrical signals are passed. It is through these synapses that neurons are able to pass signals and messages around the brain.
All neurons are electrically excitable, and  generate a 'spike'and thus a  signal to established  artificial neural networks
for whom?
nobody believes them.
the more they write in fact the more they discredit themselves

these lunatics call me a perp
which is offensive
after all
we do not even call them subjects anymore.
well, not since Mindy our "team leader" placed a large coffee can near the  water cooler and told us that." from now every time we refer to our "participants" as subjects we must place 2 dollars in the coffee can.."

. although I work in a business quite ahead of it's time ..
I write this journal on a type writer
...I do not use the internet.
...I work in the computer industry
biotech...they call it
I do not write anything directly online
as I
understand  what  information transmitted through the airwaves can lead to
for instance
of course
being deemed a "participant"

or what these
human husks  call a
"Targeted Individual"

nobody reads what they write of course

they ramble on in chat rooms and type
furiously on line...
as if some agency or some law or some senator or something is going to put a stop
to
"The Tests"
uh...ever occur to them who might broker half these studies?
Brain initiative anyone?

you really think
the billion dollar study is about
some paid volunteer sitting under an fMRI machine for a 45 minute scan
bein' asked to "think"
or respond to some set of questions some candystriper asks..

normal ,regular everyday Joe thinking is what we want
no headsets allowed-
least not on the "participants" end...

what
we gonna gather a neural data base on some shmuck tethered to hairnet full a' biosensors..

how else we gonna see if they
transmit a response to a type face of logo on a bottle of pop?


I do not know what I would do if I were on the other end of
the transmissions
I reckon I would simply kill myself
cause we don't just listen to them
after a while
we
talk to them..
2 reasons
ONE-to see if future consumers don't mind a Brain Computer Interface...
TWO-to see how some shmuck with nano biotech in their brain pan he don't know about might respond to
a Psychotronic Mystical "Happening"
the less said bout that the better

know what I mean?
course ya' don't

it's amazing how tenacious some of these 'subjects' are
every day they "keep going"
sh*t,shower ,shave with an angel (or devil) on their shoulder...in their eyes ,ears and thoughts
bastards can't tell the difference
half the time

we get more advanced every 6 months or so
the programs

just over come by a diskette of what we call "Blue"

we also got an algorithm called Rogue.
whichcan make a school marm type suddenly
"Trend herself up" and f*ck some stranger behind a dumpster
that  she meets at some club she all of sudden like "Needs to Go To"

it's an awesome job 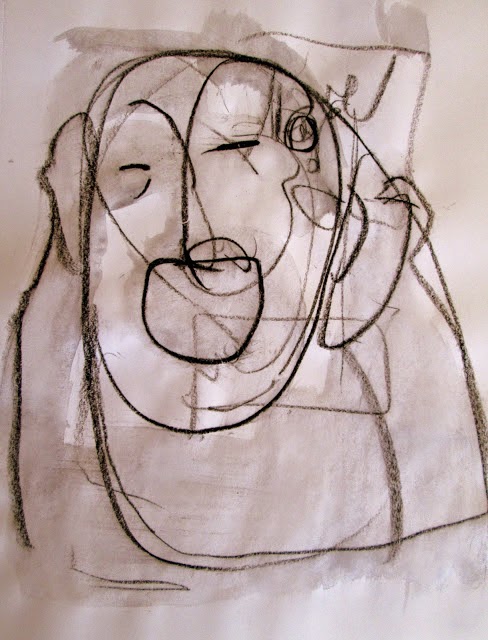 I remember watching the interview ...his neighbor..."Nicest guy in town...you'd never think..."


these fools .on line
chit chit chit chattin
posting like
cray cray
"This is what THEY did to me today...."

LOOK at this patent .
look as this evidence...
look at this x -ray

I literally roll on the floor laughing....

everytime they THINK to us
.

,these VICTIMS
help us perfect! the system

if they were real
heroes
they'd kill themselves...

know what  I mean?

Of course you don't!


I often wonder if these so called  victims realize that by simply staying viable Husks they are accomplices...
."Perps"is what THEY are!

what we do at Proxy Cyber is rather simple
once one gets past the
technical mumbo jumbo of bio sensors ,nano tech and blood brain barriers

every time a neuron fires it sends a signal..sorta like morse code
.
and transmits the signal back to us
a computer interprets the signal into language ...words sentences etc

yeah our subject have biosensors in them...so what....the sensors are so damn tiny they interfere with anything...they don't give anyone cancer or anything...
so no one is exactly being tortured around here...are they..
they way they .write about their experiences and about us as perps you'd assume someone had put a hot poker up their bum or something..

yeah sometime we get bored and start chattering on about their thoughts to them
but
we get bored sometimes and
besides
Mindy insists we get some good neural spikes and evoked potentials..
so we follow a script

we role play-
demons.
aliens ...you name it
or once some of these shmucks figure out it's just Human Testing we
say "yeah but just the same brotha" we can drive you bonkers with this stuff if we like..."
and
we must sometimes
...to garner what's called an Evoked potentials ..which only occurs during
states of "excitation"to some dendrite or something....
you might assume the subject who has" read up" on cybernetic testing
would find causation for what we do it...and why we do it..
instead
they write that their tele-Operators are Nazis,Perps and all sorts of things

someone put ya on a list
and
spiked your soda pop with some nano particles..or something
..ya probably deserved it
hell if I know .
maybe your face set of some facial recognition equipment somewhere?
maybe you talked in a nasty way to your mom or something on the phone

the angels listened in
and maybe wanted to get to know ya....

find out why this 'type" talkin  so meanly to his mom..
there's all sorts a reasons

maybe you just got some ideas
someone wanted to get a hold of.
.maybe they're just testin your perceptions and elicited response to some new sitcom..
we got more sponsors round here than the freakin Superbowl

think of it as schizophrenia.
people live with things like that
don't go tryin to
screw up progress by lookin up patents and writing to senators and stuff

you'll only make the situation
the interface
more intense.

and writin about
your Tele-Operators as Perps...
sure ain't gonna
give you a  better interface
don't make yourself a bigger burden than you already are
you really think some agency gonna swing down and save you ?
who you think finances
half of these tests?

everybody got problems..
shut up about it.
you're ruinin it for everybody.I want to say.
it was so much more fun when you thought you were being spoken to by angels  ,demons and aliens

why'd you go lookin all this techno stuff up?
huh.
didn't we tell you not to/
didn't we?

when I first began working at Proxy Cy we could only send sound ...not imagery
it took a while for the computers to catch up
or learn how to interpret visual out put
from a subject
and likewise to send visuals
directly into the subject's noggin

it's a fun job...
especially if you have a subject
writing like they're Anne Frank
on facebook for cripes sake...
"save me ,save me "
do they have no notion what their pathetic "yelps ,tweets and posts "look like to anyone
not part of "the project'
Invasion of the Body Snatchers......Attack of the Puppetmasters.
do yourself a favor
I wanna write on their chatroom
don't debase yourself anymore than you already have
pretend it's schizophrenia
be ashamed of your situation
don't be YELLING it allover the Computer you Husk!
Posted by vvvvv at 4:16 PM