"He's a sculptor ,he went crazy ,kinda like you"


You say"They found him with his face cut off down by the train tracks..might have been some kind of performance art...him cutting off his own face"
" did they find a knife?"I ask
"what ,no they didn't ..they think some one else did it..but I knew Edwin..he's the type that might cut off his own face "you say
"I heard of someone cutting off their nose to spite their own face but not someone cutting off their face to spite their nose ." I say
"who said anything about his nose.Edwin O'Meese had a beautiful nose,the most beautiful nose I have ever seen..in fact.his nose was photographed and than placed in a 3 -d printer so some  cosmetic  surgery clinic could offer it to potential clients"you said
"i heard about nano cosmo..the cosmetic surgery they do with nano particles...do you think maybe the Face taker took Edwin Meese's face as a template?'
"you know. I never thought about that ...it doesn't pay to be beautiful these days...Not with the face taker out there" you say


it was beneath him,thought Indis

according to Valerie Prentis was already in pre production
but
"it was crucial  "these days".
that a  movie
first  be a novel
so people are already familiar with the product

whet the public's appetite
For what?
thought Indis who had read the both the original screenplay
and the shooting script
for "this mess"
"Does anyone really need
more of THIS
inside their heads?"Indis could not help thinking

according to both the original screenplay and the shooting script

the Face Taker you see
had a baby brother

"the facetaker" ,who is never referred to by name
in the screenplay screenplay
and his baby brother are being baby sat by a very handsome next door neighbor

we over hear the OLDER BROTHER who has apparently picked up the phone LAUGHING.

we CUT to the BABYSITTER applying a lather of hair gel to his wondrous locks.

we next CUT to the FLAME of the stove element licking the wallpaper behind the stove.The Boy is absorbed in the physics of the popping ,jumping corn


there is a CLOSE UP
of the BABYSITTER'S NOSE which sniffs

one can only  assume
that the BABYSITTER (also never referred to by name) is aware of smoke..
YET
BABYSITTER
cannot seems perhaps purposely
unaware
of anything
but  his own reflection

BUT it is too late...
and the house is by now an inferno!

the SOUNDS and VISION of help on the way
but too late!

BIG BROTHER(the future mad scientist FACETAKER is now a ghastly half burnt "monster"
holding the still smoldering carcase of his brother
sees the babysitter
not touched ,marred or in any way by the fire..

we see the back of his lab coat
and his gloved hands
holding the ubiquitous serum or secret potion of some kind!

He cries out some equivalent  of "Eureka!"
the chair spins around
to reveal the still
disfigured older brother.THE FACETAKER now in his late 20s

we  ZOOM in on the vial FACETAKER is holding
and SEE
that the Potion he is "discovering" is not a serum or potion at all!
but millions of tiny particles
tiny chips.teeny tiny microprocessors!

the audience knows this because


"so you've Done it.
You've done it at last!You've Made the remote controlled Nano micro processors that can alter ones appearance subdermally work!"

The LAB ASSISTANT hugs the FACETAKER
but we see her pull away when
FACETAKER tries to turn the hug into a kiss...

into a semblance of human feature-ness

and back again
to monkey!

A ROUND OF APPLAUSE from several COLLEAGUES
who have apparently come to the lab to witness this extraordinary breakthrough
in cosmetic surgery!
FACETAKER gives
and a very long winded 'speech" about how the nano particles,
smaller than white blood cells can cluster into shapes
or what FACETAKER calls"filler"
FACETAKER explains that
the nano can behave like teeny tiny surgeons with scalpels and either  "eat away at small almost imperceptible
subcutaneous structures of both the cartilage
collagen
and smooth muscle
or act as
anchors
(filler) that can
shape the human face
into any sort of beaut-ousity
a potential consumer of
Nano Cosmo (the name of the nano cosmetic company that FACE TAKER has founded )might desire

FACETAKER
the polymer coated nano particles enter the blood stream and have no problem passing through the blood brain barrier.Next ,the particles which are embedded with magnetic components that can be shifted into place by a remote device
..here let me show you the magic of Nano Cosmo at work gentlemen!

FACETAKER opens open a cage which contains a MONKEY
FACETAKER places the MONKEY on a small chair ,FACETAKER picks up a remote device .and we watch the MONKEY'S face shift in structure into a very handsome version of human handsome-osity


CLOSE UP on FACETAKER'S HAND on REMOTE ,his finger presses a button and we watch
the previously human looking  MONKEY'S's face completely change into a version of monkey monstrosity!


the COLLEAGUES
pat  FACETAKER on the back for his wonderful "work"
and all but one  REMARKABLY GOOD LOOKING COLLEAGUE shuffle out of the Lab.

REMARKABLY GOOD LOOKING  COLLEAGUE
you are an absolute genius I am sure we will make billions from this sensational new technology!


the FACETAKER puts out his hand
scarred with the
burns from a decade or more ago
for a hand shake
but
the REMARKABLY GOOD LOOKING COLLEAGUE apparently repulsed by the burns
does not shake FACETAKER's HAND!

instead REMARKABLY GOOD LOOKING  COLLEAGUE slips his hands in his own pockets saying," nice work"
and with eyes averted from
even making eye contact with FACETAKER's disfigured face
begins
sauntering out of the room

"wait," FACETAKER cries out
"let's have a drink ...
I can't really go out and celebrate can I ..Not like this he says indicating his mis-shapen face

the FACETAKER pulls a bottle of scotch and a some plastic cups out  of his drawer
and begins pour himself and his colleague a drink
FACETAKER'S back is turned
as he pours the scotch for himself and  REMARKABLY GOOD LOOKING  COLLEAGUE too repulsed by FACETAKER to even shake his hand!


his back still turned FACETAKER reaches into his lab coat
and removes a vial
with he uncorks
and pours into one of the cups
could it be?
that FACETAKER has poured
Nano Particles that act as teeny tiny scalpels or filler that can  add and subtract,enhance or disfigure  the facial structure
of any man ,woman or animal by remote control!


"it's a throw away book ,that we'll make sure gets a hot spot ...on the sellers list...
it really doesn't even have to "come out"we'll just toss snippets of it in some magazines.."

you just DO what you Do Indis ..we'll do the rest...,"Valerie Prentiss said

also that it was "sicko " and aberrant for a MAN to spend so much time either focusing on
self referential's
especially during practices of basic hygiene
including bathing
and even relieving themselves
that a
genuine man
must learn to
go to WHITE SPACE in their mind during
such practices. 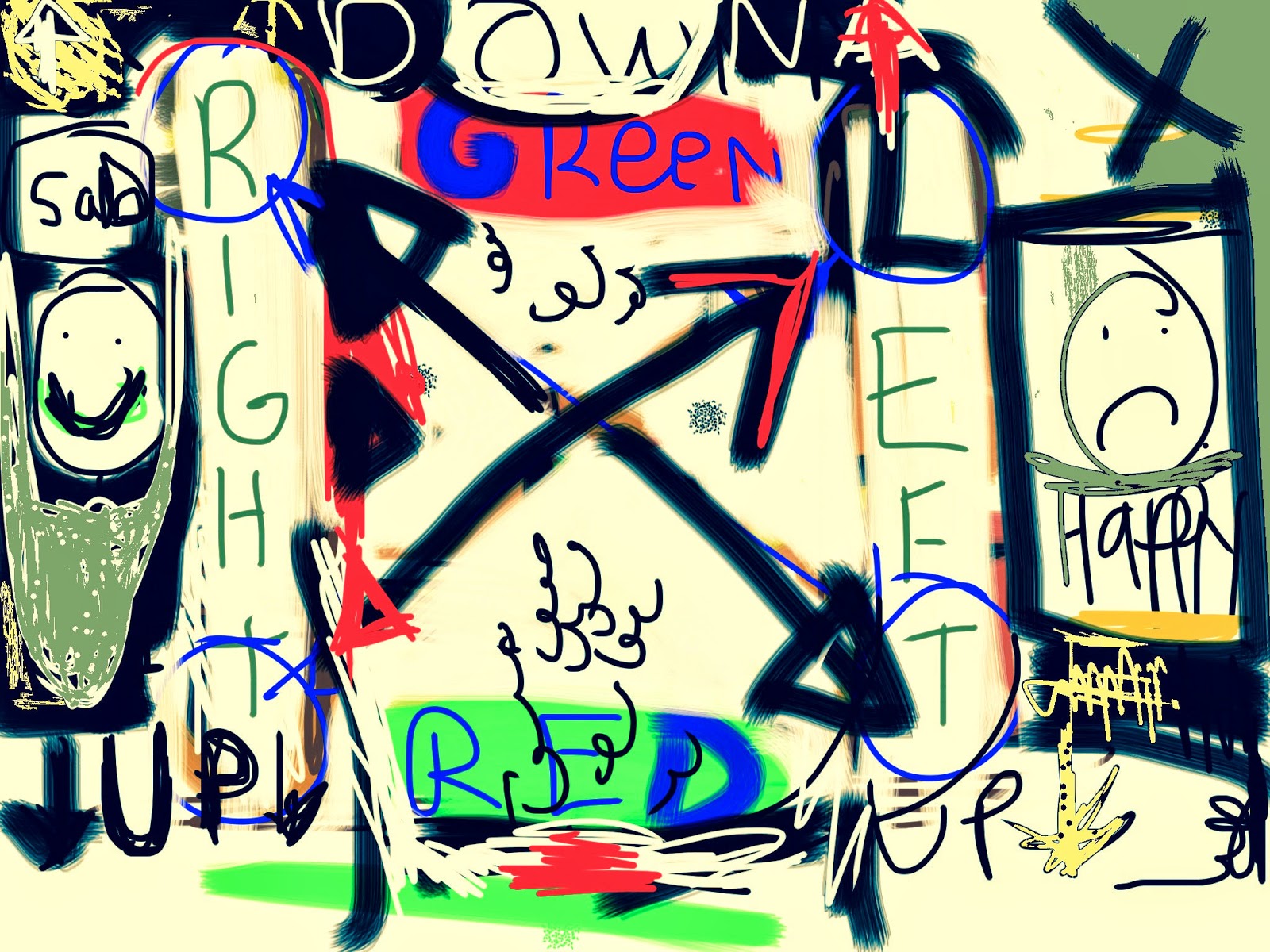 parasol had recent gone public about it's
research and development of a  Transcranial Immersive Reality
which projected story
Directly to one's  Temporal Lobe and Thalamus
quite like ,to be metaphorical
virtual reality
except the subject  wears not headgear ,no goggles
Indis O' Say
wanted to be a part of
the project
sponsored in part by Neuronautics
who KNEW how to
speak with out speaking .as Gary Rainy had taught them too

that had settled upon the world

metaphorically
be
compared to an unsolicited
unwanted
Brain Computer Interface

or as Jacob insists
In the Beginning
schizophrenia

"was Jesus suffering a breakdown ,a psychotic break? when The Lord spoke unto him Jacob?

"is not my affliction exactly the same as a schizophrenic 's?...seeing hearing Voices..feeling they are guided by an outside Force?"

"a schizophrenic however does not see and heafr his hallucination work in tandem," the Voice said ,for the first time appearing as A a handsome 30ish man in a Peppermint Striped Seersucker Suit."

the
"force"  insisted that Jacob
help "it"
Imagine
and develop
a beneficial "style of co -consciousness"
that might be standardized
so that all may one day be able to
think with out censor ,buffer or self consciousness
to a Power Greater than Thine -self

the Being
admitted He ,It ,I
am not accustomed
to human "thought style"
and wished
to
discover
the nature of Man's Mind
Jacob
considered the Beings needs
and acquiesced

yet
the Being
also seemed to want a type of respect
that Jacob ...
was either not prepared, impelled or able
to provide
in fact Mind to Mind communication
often disgusted poor Jacob
who wished and wished
for his previous
private mind
no matter that The Great Being
needed information
on how Man "ticked"
to Standardize
"The New Way"

at one point
in the Pink Version of "Let Us Be Conquered"
the Being
seems all but convinced that Jacob
is not only inheritantly bad
but a "bad sport" as well
refusing to
"help categorize ,quantify and standardize"
the ways of The Mind
perhaps
The Entity suggests
Jacob is a prime example of just "the type"
that might
should not "be allowed" to exist in This New World
at all

'which means ,if you are to survive this extraordinary circumstance
you must
learn how to
THINK TO ME
and curb thy " thoughts"
that make me skeeve and shamble!

poor Jacob
at times felt
he was but a puppet
a marionette.!
to The Great Being

Indis paged through
The Pink version of "Let Us Be Conquered"
and focused on the chapters that in any way dealt with
the
the self absorption so hated
by The Face Taker!


"jump"* the voice DID say
ONE MORNING

and this only made Jacob want to live more!
solely to expose the
Being's true nature
as Jacob assumed
and rightly so that Others were also being
read and written upon by The Being

***************************
Indis
focused on the later chapters
of The Pink Version for answers
looking everywhere in himself and the books
he had written that had seemed to write themselves
for The Face Taker....

for the reasons that Parasol Pictures
wanted He in particular
to write the
novelization of the
Cautionary? tale of self referential" existenz"


*The U.S. patent  describes a technique for aiming ultrasonic pulses at specific areas of the brain to induce "sensory experiences" such as smells, sounds and images.

"The pulsed ultrasonic signal alters the neural timing in the cortex," the patent states. "No invasive surgery is needed to view live and/or recorded images or hear sounds."