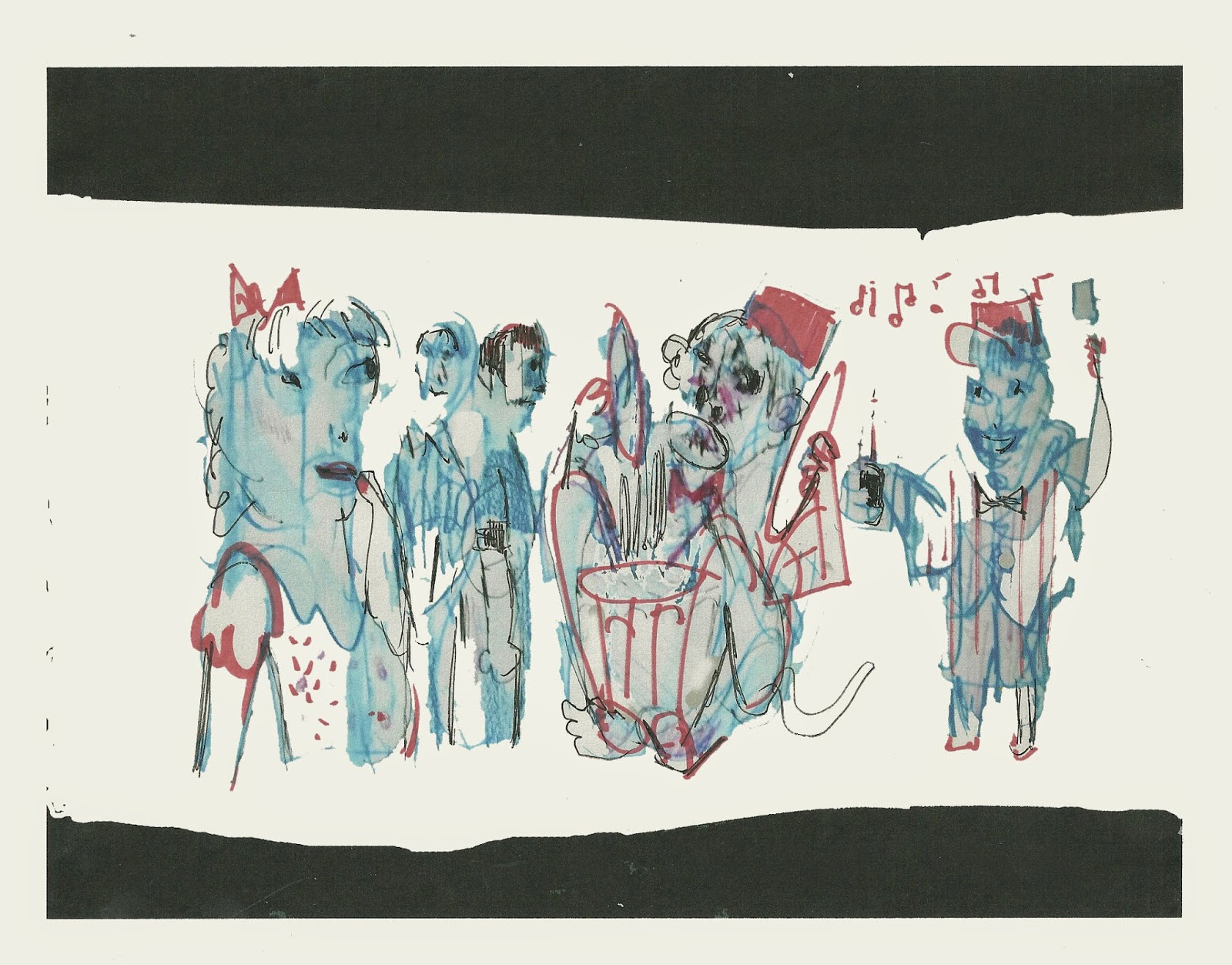 "I remember when I used to see monkeys playing cymbals those golden days when the organ grinder and the monkey came to town,"Cheryl said to no one in particular in the crowd photographing, filming  and posting the scene


and than
if she really
thought about it
Cheryl
recalled
she had only seen representations of monkeys playing cymbals to an organ grinder's grinding
as representations...
as cartoons

Still,she said ,getting closer to the man and monkey"Oh I remember my' mother used to take us to see monkeys playing cymbals
all through my magnificent childhood.."

The man in the peppermint striped suit ,noticing Cheryl's nonplussed expression
was pleased
as she had shown absolutely no emotion or fright
seeing the monkey's "undoing"

"We lined the skull cap  with porcelain," the man in the peppermint striped suit  explained,
"porcelain as you know
has unique qualities that naturally repel microbes and such."

The man who Cheryl presumed owned the monkey placed
he top of the monkey's skullcap neatly in a hat box
The monkey's master than  invited Cheryl to look down and see the inside of the monkey's now exposed brain..
Cheryl was not put off by the myriad of electronics's and electrodes glimmering atop the monkey's grey and whitish brain in the warm sun
The Man seemed
pleased that this woman was not phased or skittish
about the monkey's enhancements

"what a little darling", Cheryl said,resisting an urge
to pat the top of the monkey's head
which was not there

---the monkey seemed for a moment confused---

"do not be concerned" The Man in the Peppermint Suit said to Cheryl
as the monkey
walked over to the Hatbox and placed his previously removed skullcap back  upon his head.

"I give him Free Will ..or at least the illusion of such"
and with that the monkey placed
the bell boy cap
atop his  re -attached pate
and began playing the cymbals once more
to the
broadcast-ed organ grinder music emitted from the man in the peppermint striped suit's phone

"Oh," said " Cheryl ,watching the monkey play the cymbals with such adeptness to the music
"How marvelous it would be to have something like that ,that allowed me to have such talents"