Cole always leaves his apartment  8:30 am  and takes the same route when he walks to the mini mart to get his morning coffee.Cole walks at a rate of 5.0 kilometers an hour. First, he walks 2 blocks to the church. Then he walks 4 blocks to the  convenience store.If Ellis has to walk an extra 5 blocks to meet Megan in the park walking 5.5 kilometers an hour and than  must walk  3 blocks with Megan who walks 4.8 kilometers per hour   to get to the mini mat in the time it takes for Cole to enter the store with his seeing Ellis and Megan already inside the store what time must Ellis arrive to meet Megan in the park?

organized gang stalking is all about timing
first and foremost
next organized stalking and harassment are about
linguistic and .or visual cues that discretely induce threat or recrimination upon at or toward a  human test subject. 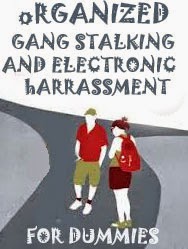 i am practically running with Megan
to catch up with Cole
...to be inside the store BEFORE Cole
It's a Two "Man: effort
this little Community Theater
we gotta "pull on" Cole
we already rehearsed the "routine"
sometimes
Cole pretends he isn't aware of the "play"
The acting we do
to let "the subject know"
he's surrounded.
No matter where he goes .No matter what he does..

why?
it's our job.
why?
because it helps keep these guys in line
why?
cuz it creates evoked potentials  ...fear ,humiliation..stuff like that causes a good read.
A tight easy to gage neural spike..

But mainly
cuz it's fun..
for both the actors in what we call The Community Theater
and the watchers
who like
seeing how brain Computer Interface works
when you have "the mule"
workin up a sweat


Lincoln learned alot about "playing with people " way before the technology of Mind Augment by "bio sensor " or directed energy concerning electromagnetic pulsation was "that "possible or inexpensive
in the 1960's
Lincoln claims (but you know Lincoln) and all his claims   he ran a couple of brothels in New York and San Francisco, built specifically " to  study the effects of  LSD  on non-consenting individuals.
The corporations or "change agents" as Lincoln called them asked  linc  to audition outta work actors  to play prostitutes  who would lure  the 'subjects"to the these purposely gaudy ,dingy no tell motels with 2 way mirror and hidden cameras and mics every where to see how "these Johnny Hard-ons "would respond to a "well planned "mind f*ck… “

i"t was fun, fun, fun." ,an ex***** claimed"Where else could a red-blooded American boy lie, kill, cheat, steal, rape and pillage with the sanction and bidding of the All-highest?" 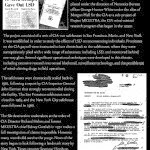 Lincoln has a million stories..
a million excuses for why we do what we do..
he never mentions
that the bio sensors are also used by
private clients who just like
observing Mind to Mind
crack
someone's soul into pieces
because of the interface
According to Lincoln some really high up actors and producers
in Hollywood.
spend a fortune not only to see "how Immersive Reality and A.I. will "work" for a new kinda tv but also cause
"it's a blast"

i suppose BCI is as addictive as any street drug or video game...
you just can't let go of the joystick...

don't know why
a guy like Cole would "make me" want to act out like that
he just did.

guy like Cole deserves it
as much as any dolt
that would go back to some
deep purple motel room with some piece of ass they never met before...
deserves what that 'had comin' to them"

guy like Cole..
you know a guy like Cole yourself
we all do.
guy everyone gave a hard time in high school..
why i don't know ...he exuded some kinda mystique that said "hurt me,punch me,tease me"
or something..
maybe something chemical...some pheromone or whatever it's called..
well Cole
the pitiable punkass in high school
pulls himself together  see.
works out .goes to the gym and all.
gets a "cool" haircut.
some "trendy" clothes..
and
SUDDENLY
dude thinks -
He's g-d's gift.
But let me tell you from experience
(from mind lots and lots of mind encoding ) that
A Guy Like Cole
will Always Be a Guy Like Cole

Megan and i see Cole
enter the store.
and we convene ourselves in the dairy aisle as planned..

I have learned to speak semantically.
It's an art.what we do
what we have learned working
at the Community Theater

I've also learned to speak in such a way that my timbre ,cadence and pitch are such that
to anyone but a 'subject"
my tone AND what i am saying
would "sound " and seem "just like a rather normal conversation,,,

like the "conversation: I am having with Megan
in the dairy  aisle
within earshot of Cole
idly perusing the cartons of milk and cheese products...

I say ,"Ixnay on the COLE-BEE"
Megan says
"THE COLE-BEE
does LOOK BAD"

out of the corner of my eye I can see poor Cole.
his eyes ..sorta twitching
a look in our direction ..


another member of the theeeeea-tre"
is Dean
who lives "with in" range of Cole's inserted "techno"
and  sends me
a text
which lets me know that as of 2,5 seconds ago
Cole was thinking "thats odd.that.a mini mart has Colby cheese

I nudge Megan before I "blow " our "mission" by literally
rolling on the floor laughing and grab her arm to pull her outside...

Megan and i watch Cole(Colby)
from outside the store window

I high Five Megan while my phone beeps
another message from Dean concerning Cole's translated
thoughts
-that's odd that they were talking about Colby cheese.All i see is Swiss cracker Barrel cheese

next i get a call from Dean
he says
he wants to do something "imaginative"
something just for us with Cole's co-opted mind,,
he says he has an idea...
He tells me Parasol Pictures is in town shooting some sequel o some sequel.
Yeah i tell Dean
I read all about it this morning from Cole's thought transcript..
I try to repeat verbatim Cole's thoughts
on Parasol Pictures
not sure if Dean had a chance to read through them himself..
Cole's thoughts get around like some dirty magazine in jr high
i use my phone to bring up the exact
transcribe of our boi Cole's ponderance on the subject of Parasol pictures-

"How annoying .that this production company is allowed
and even encouraged to shoot their crummy movies in OUR TOWN.

as if Cole
owns the town or something .right?

Is the reaSON I DON'T SEE MOVIES ANYMORE

(I SO FELT LIKE GRAPHING HIM ...YOU DON'T SEE THE MOVIES ANYMORE BUT THEY SEE YOU DUMBASS)

The name of Parasol Pictures movie that 's getting alot of buzz...and lots of airtime ..lots of trailors..
is called "The Face Taker"
I of course think it looks great...i already asked Megan and Dean if they wanted to come see it.
But Not Cole

who writes this schlock!

i remember reading Cole's thoughts
and thinking
who but some
Fagggit imbecile uses the word shlock
a jew word if there ever was one
jews ,as a rule
always think they're above pop culture

ALLLLLWAyz  HaVE WOn'T fer llllong! is all i can say

CRACKER BARREL CRACKER BARREL CHHHHHESE>ONLY SWWWWISS
ONLY SWISSS
Dean graphs (says)
over and over again in a voice that sounds like he took a deep heave of Helum..

NEXT
Dean sends Cole a LOOP
a sampling of me and Megan just a few minutes ago saying
I hear myself saying into Cole's temporal lobe
"Ixnay on the COLE-BAY"
and than
Megan saying ,"the COLE -BEE looks bad"


i 'm watching Cole through the window .his shaking hands.I wish i could get closer..go back in the store to see if his eyes are watering..

Dean i can't help but think is a FUCKIN' GEEEEEnius!

Dean meanwhile texts me
wait till you see what i got planned next..
dean says..he called one of the prop guys at Parasol Pictures TO
ADD TO THE FUN...
WAIT ..YOU'LL LIKE
LOVE IT..

dean knows how to "cool it"
texts me..
" that the 'finale' has to be cancelled"
we don't want our Cole jumping in front of a car...Do we least  not yet..

I have no idea what he's getting at

except that he's concerned Cole is "losing it" what with the still going "i am losing my mind I am losing my mind "thoughts..
but
Than I see
comin round the block a guy dressed like a movie cowboy rolling
Guess what?
a cracker barrel

I see Megan look down at her phone while I am down on my knees laughing like a madman
but Megan taps me./hits me actually and
starts running down the street
I run after her just as she pushes the "cowboy" down a side street
presumably
so he won't be in
Cole's line of vision when he  exits the mini mart...

I try to walk/run in such a manner that anyone
seeing me
would just think
"cute pedestrian" walking
fast toward girlfriend
I catch up to her.
and I can't help thinking "whew"

as fun as it would have been to watch Cole's face
and read his thoughts
upon seeing
The Cowboy with the Cracker barrel
it  WOULD have been  simply too much...

"we don't want our Boi
in the Psych ward again,"Dean text- ed,
we aren't prepped ...