"is Neuronautics a religion?"Gary Rainy asked,
"according to the dictionary
religion is the belief, service and worship of God or the supernatural
and any organized, ceremonies or rules used to worship a god or a group of gods or the supernatural
according to law
a person or group of persons with a commitment to their beliefs and faiths may act in an "institutionalized fashion" so that the group may observe the rules set forth by their beliefs.....The Entity I encountered during what I described in Inway to the Enway as a Mind Walk* has found it's way into popular culture,

Tallywood is a vacuum
that sucks up all in it's path...the very same people who mock Neuronautics and "Inway to the Enway"
now flock to what they call New Age Encounter Groups
One cannot watch television without seeing something about channeling ,telepathic contact with what they now call extraterrestrials. Not longer are THEY called spacemen or Martians. No longer is direct contact with a Being more Intelligent than our own called "schizophrenia" but something called Soul Merging described as ,"an event in which the original soul in a person either lucky or unlucky enough to connect with  an Intelligence is said to remain present ,coexisting or integrating with the new one ,

When I of course described my communion with "The Being" I was considered crazy,my first wife tried to use this information in court to take my children away.She thought she could also use this
KNOWING of my Mind Walks with The Entity who gave me the keys to  "The New Way which I give to you as evidence of my instability.
My how things have changed .
1974
and our little group is now a world wide mission.
If the latest thing is New Age
I suppose Neuronautics was ahead of it's "age"
funny how Hollywood
jumps on whatever is "in" and decides to "make it there's isn't it"
..the very same people who mock Neuronautics
and all but attempted to destroy the than fledgling Parasol Pictures
now flock to what they call New Age Encounter Groups
and still I
am the Kook
and We are The Cult

NOT ONLY THAT!
but if in popular culture
a Being "MindWalks" with a human
it is Terrifying
demonic in nature.

Hollywood loves scaring people who dare open up their hearts and mind to a living spirit.
Those who practice ritual
or restrictive child rearing based upon rituals and referentials and associations based upon symbols that are an have always been THE KEY to
TRUE COMMUNION
are
looked upon as not only Kooks but Satanists or Occultists..

the latest article on Neuronautics described me as a Charlatan
who has created a sect...and
not only do his followers have to pay to be subjugated to Gary Rainy's "New Way"
they are treated harshly if they do not structure their every action and move to the court and whims of the  Neuronatic Ethic...:


If a member decides to leave the group 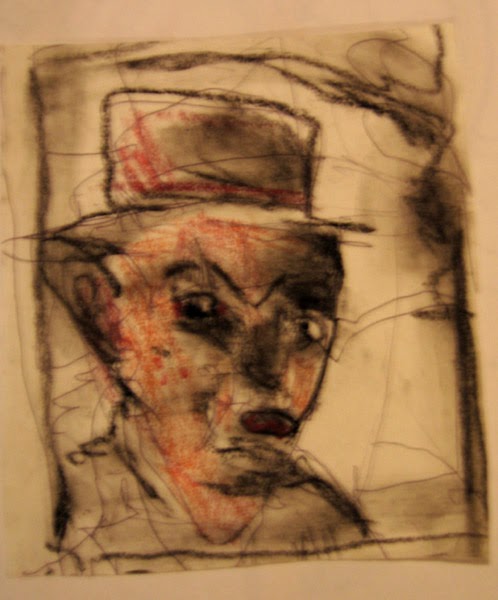 the member is often stalked by an inner circle called simply" the Organization"
who dress in brown and black shirts and all matter of regiment regalia
to both stalk and harass the ex -member who has obviously "come to his senses " enough
to leave ..
but once one joins Neuronautics
one cannot just come to one's senses according to an ex -affiliate who said that the reason for this is,"that according to Gary Rainy once one has gone past level 4 one has attained extra sensory perceptions that
simply are too dangerous to take with them into "normal" society...


*Nathan Pike ,Gary Rainy's second hand man supposedly was part of a team that had successfully implanted electrodes in the skulls of Vietcong prisoners of war in experimental attempts to direct the behavior of brain-wired subjects by remote control. Upon completion of the experiments, the POWs were shot and cremated


.and had ins to several "disgruntled" scientists in the Field of Mind Modulation. Many of these disgruntled men had loose ties to "Project Paperclip" Gary Rainy who had "invented the Pinky Ring that used skin sensing" to gage "electronically " a person's state of "Being" ..was one of the few "sensing of Gaging" inventions that Gary chose to share publicly with those in the media or even those who were not in the inner Organizations(those that  met with what are called Mentors that take a "client " through the initial levels 1 through 4 of Neuronautic's course load)..Gary Rainy 's interest in "reading" a person's Emittance is far less known about  than his diatribes on either "How to Be" or "what the Great Entity " shared with Rainy on his Mind Walkss..Mind Reading Technology and also Mind Augment Technology was an ongoing "pet project" of Rainy's and his  relations with inventors working on devices that read a bit more than the temperature of one's pinky finger during a "session" were according to an ex  "org" member were where up to 60 % of the Neuronautic's expenditures went...


one was placed in a special room called the Truth Room a device called the "Measure for Measure"  which  was used to "detect" if the member was "fit" enough mentally to withstand Levels 5 and 6. The Measure for Measure was a Telemetry Device ,a discontinued effort by Signals Company based in Canada, The" Measure for Measure" was a modified football helmet placed on a member's head to read and therefore gage a person's  EEG   signals in resonse to a "soundtrack" of Extreme Low Frequency so called :silent sound: that by passed one's ears .A "graduating Level 4 's Emmitance which would next be quantified by their Mentors based on comparison.The comparisons of their Emmitance  or what Gary called "a neural read to Their Bettors(people more adbanced or evolved according to The Neuronautic's Scale of Normalcy-"to basically see if they were "right or wrong ,good or bad.  This was really low fi equipment .this was in 1969 I have no idea what they might be using now...-name withheld