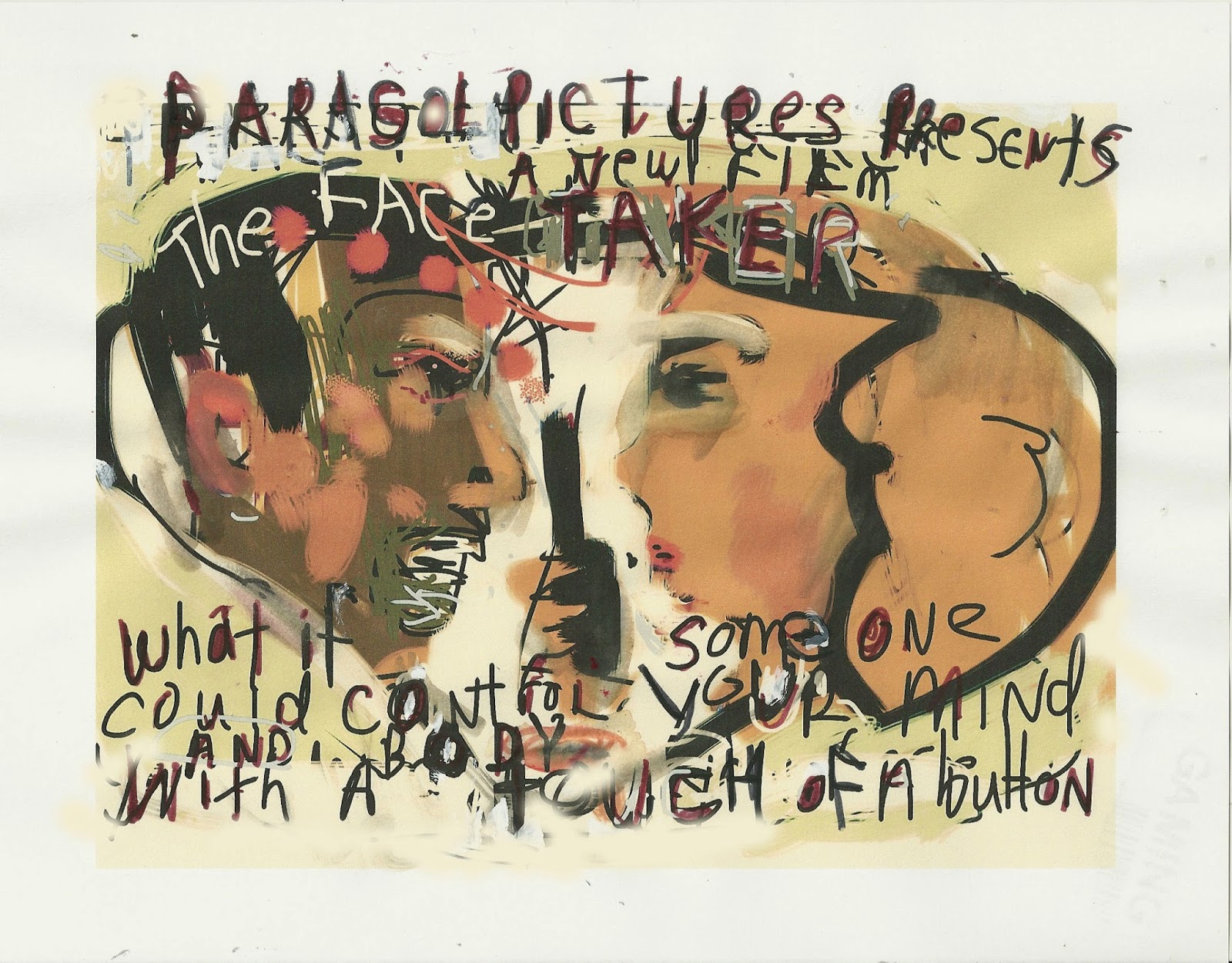 "...you're sorta getting into it..
the seeing through his eyes thing
although it's a bit jarring at first
the hearing what he hears...especially after the ambient sound is culled by the computer
...and I've learned to separate the voice of his actual thought from
the thought " reverb"
when he is having a conversation
I have not yet starting imparting either voice
or images upon my current Proxy
and yes
I have read the manual on how to introduce myself as either a space alien or an angel
but
if I can be honest
I intend to use the Telemetry to teach the kid how to be better vessel..."Harry says ..on the land line ,he knows ..he's never supposed to use
"you can't do that.,"I tell him,but he knows that ,"..not immediately...it's standardized practice ...
I tell Harry,who had used our service before
and been warned that this time "it was by the books"as there would be no more replacements

Harry had twice gotten proxy to kill themselves in the first 3 weeks..

To lose one parent may be regarded as a misfortune; to lose both looks like carelessness
Read more at http://www.brainyquote.com/quotes/quotes/o/oscarwilde128390.html#7KRMj8hWhE81OuJq.99
"to lose one Proxy may be regarded as misfortune ;to lose both looks like carelessness ,"I am directed to say by my own ,"Synched System.
..
(all employees of Proxy Cy are Now required to have implants,nano...".as how would "it look,"the CEO had said " if a perspective client didn't SEE us using our own tech?..."
I felt like saying,
you can't see the nano idiot
...
you can't see the ability to 'see " and "hear "things transmitted by the Synch
how would any prospective client know?
I quickly realized that my having had the injectables..What I had just thought would come back to haunt me if one of my Bettors ever audited my readings.
as I was already "on and IN" - connected,Synched to BCI Wi-Fi"
you learn to live with The Synch
it has it's good points and Bad
like any  form of communication
and '''how else could I have known to make a play on some Oscar Wilde quote I had never heard of to make Harry laugh
Harry finds me
or what he thinks is" MY
sense of humor" amusing
and asks if maybe he can
"get inside" me sometime
I tell him there's very little to me...that I am working on my way to" Ego-less" with my Neuronautic's coaches
so that I might be one day Open Enough and Blank Enough
to go "direct neural for pay and play"
but for now
I am still a Level 3 Neuronaut
in training...but thank you for the offer
I lie
I could imagine being one of Harry's Boys.
made to stay up all night smoking crack and blowing any guy Harry sees who makes his.(Or now, the Proxy's mouth water)
he loses interest too quickly
and can care less for the more artful, more prosaic reasons for Mind to Mind interface
like genuinely
forming a soul to soul bond with another..
I do believe Harry like so many other Steer-ers just use our rental service to torture the poor lads

.
Rover or not, Harry didn't like him; said he "chewed too loud"
and Harry could read his every chew on headset
"the chewing is all I think of...I hear the kid's chewing in my head all night long...furthermore Harry thought the kid was chewing too loud
as a Self- Reflex-ive,


a defensive attack on his Mandler.
very few people actually like being Manned
or app-ed
no matter
how strung out a typical Proxeteer gets them

ya gotta remember the kids we use, the guys and gals we find to
"be rentals",
don't know they've been anointed
or ordained to be Husks for "Handling"
.
Harry like so many other of "that 1 % or so used to getting what they want
when they want it
give up on
attempting to create any balance
between a Mandler's needs and his "Man-atar's"
and like other consumers of  our "Second Skin" technology
either in a fit of rage
or reprisal
Harry began using OUR equipment
in a non prescribed way

Harry used the Voice of God technology
to literally
convince "the kid"
He,Harry WAS G-D

harry, role playing G-d  with Voice of God Technology
made The Proxy his despot
and commanded
the proxy must stop eating anything (the chewing "problem"that Harry could "hear" via the Interface)
but only drink water...
unless
The Proxy wanted to feel the wrath of Our Almighty 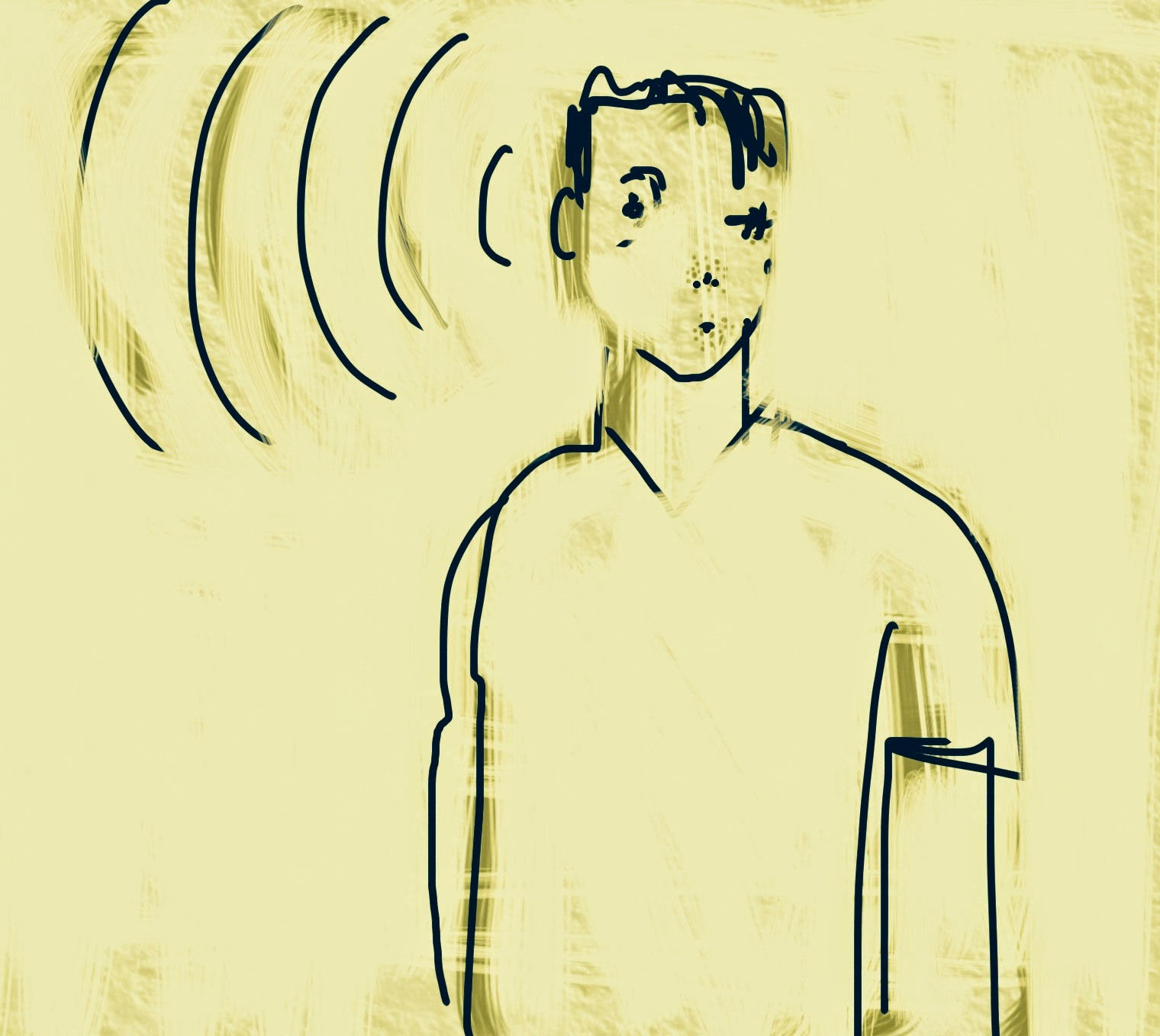 next
harry didn't like like the way the kid sipped
...or drank
and "commanded him" to only drink
one gulp of water 3 times a day
all the while telling the kid how disgusting his breathing noises were..
and maybe he should take very shallow breaths
so Harry would not have to try so hard to decipher what the kid was imaging and thinking about..
than
the problem was
that "the kid"
was only thinking about food and water..
not about Harry nor anything "interesting" or of interest to Harry
so Harry created" a loop" of water trickling on a plate ..over and over ...and sat back without his Immersive Reality headset even on..
and read the reads on the computer screen of
"the kid" slowly going mad listening to a 5 day loop of water droplets on a porcelain plate..
he told client services he had forgotten
and went to sleep with the
Chinese water torture" still going through the kids head accidently
and proxy Cyber gave him a new Husk
which WAS in Harry's contract
next ...Harry complained about a rather smart athletic college kid we picked up in one of our sweeps for app-ing
according to Harry we had duped him.
that the new husk was bi sexual..and harry didn't want to vicarious swing "both ways'
you said he was gay..just gay,,the reason I want this service as I have explained on how many occasions is to "frolic " in a tight bod...
on his own accord he created a program that worked very much like aversion therapy.
every time the commandeered co -ed looked at a woman "in that way" Harry
pushed a button that sent a painful zap of directed energy at the co-ed genitals..
the co[ed began spending a lot of time at drs to see what was wrong..
and Harry said if I wanted to sit around in a dr office all day...I I ,,,
"who placed him in a situation that he needed to see doctors Harry"
I told him
I don't like him any way .he makes funny faces in the mirror when he brushes his teeth..
I no longer find my second self appealing...
2 days later the co-ed was found dead under a train
and Harry once again ...refused to take responsibility.
we are also quite sure he paid one of our neural processors to erase 3 hours of neural read leading up to the great train robbery
and it was robbery for our company
as the the co-ed was of interest to many Proxetters
who wanted
a sandy haired blond with a swimmer's build
Harry went on about "The New Guy"
who Harry would not even refer to By Name
New Guy goes and spends 30 minutes putting hair pomade on
than he coats the pomade with a hair gel
next a texturizer
than
he decides it just isn't right
soooooo
he has to go back and take a shower and wash all the hair enhancements out of his fucking head
And guess WHO is stuck in HIS head
while
this Hair Crisis is Going on?Huh ? Do you even check these vermin to see if they have OCD?
Or was New Guy some kind of way of getting back at me for my
previous "mis-steps...You're damn lucky THIS "testing"
this service is Off The Grid, Mister! otherwise I woulda' called the better business bureau or perhaps some other Agency who just might not be as keen on human traffic by nano chip as the rest of them seem to be...
Harry screams ,I hold the phone away from my ear..
"than...after the shower
OF COURSE!
the entire process begins again...POMADE GEL TEXTURIZER.
ONLY
to be followed by another shampoo ...and guess what? tell me! guess!
More Hair Experiments in front of the fuckin mirror!.I want a new one
this is happening too much,I think to myself
and thus
"my mentors:
this hair gel /body image nonsense...
I actually feel for Harry..
as i do for many of our consumers who can't get some of these punks away from themselves...
wasn't there a time when a man,
when men, just didn't care so much about their appearance?
I used to believe that was the main benefit of being a man...
who made these kids so self consumed?..
i hear a Buzz in my ear
it almost hurts
it's my Synch letting me know i am getting too "jewie(that's the word they use,don't look at me)'
too intellectual..
to "thoughtlessly "thoughtful...like I am "bragging to my Artificial Intel that
I too am smart...or insinuating to the Mentors whose job it is to  read my neurals
that I am a Bettor
and not a Lessor in training

and not willing to let go of their ego
or especially their mirror.

( i want to tell harry but I am not supposed to speak about our "in" with Parasol Pics...

.we are losing client's
not because the proxys don't sometimes enjoy communicating with "entities"
but because these very real Paying entities aren't paying $730,000 a year
to "watch" a Prox pick their nose or stare at themselves in the mirror...


according to  producer Valerie Prentis "The Face Taker" is quite graphic
about what happens to
'little "droids" who preen over themselves both physically ,intellectually or otherwise..

and thus annoy
not just Harry and  other rough Riders
but ...
just the average consumer ..who simply wants to see.hear touch and taste ..how the other half lives
the other half
is usually the gutter trash
Who else we gonna get?
John Malkovich?
Posted by vvvvv at 8:47 PM