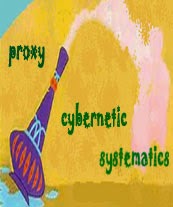 To have an effect on the frequencies and pulsations of  neural networks in the brain  an equivalent set of frequency and "pulse"  needs to imitate the same signals (and electromagnetic "field") used by the brain to hear ,touch ,see ,taste and smell. Several methods of induced  Mind Augment currents may be used for this purpose .One technique is to introduce a  low frequency electromagnetic(ELF waves) field upon a consumer .As is the case with Google Glass for instance, if one stimulates   the parts of the brain that translate what is usually  "heard" by one's ears  with  a speech modulated signal, the resulting effect  is that a simulated" voice" is not literally heard  in a traditional sense  but sensed .In a similar fashion the regions of the brain responsible for seeing can be stimulated by electromagnetic fields.
Currently the public feels uncomfortable with induced sense enhancement .Marketing Research does however indicate that consumers feel it might "be cool" to be able  see and hear extra sensory perception without "clunky headgear or wearable hardware. Consumers have expressed a concern that others who can not the still somewhat pricey "novelty" of Google Glass and recognize they would obviously appear more inconspicuous without the eyewear that all but shouts "look what I have and you don't "and thusly open to theft. Some consumers have already felt the backlash of wearing conspicuous wearable computing as some misinformed about the uses of Google Glass (for instance)feel the "enhancement" is an invasion of THEIR privacy.


Privacy is also a concern for consumers of Induced Visual and Aural Overlay Systems who as yet prefer that the information introduced to their perceptions "come from their own " sources. Consumers are "concerned" about the rather obvious need for an outside source to first note their traditional sensory functions so these senses will and can be adjusted and augmented. Mind and Sensory Transcription still is categorized by the  rather unsavory synonym "Mind Reading"and Sensory Inducement the more unsavory "Mind Control".It will take some time convince the consumer the Mind Augment is not about "control" but "self controlled enhancement of mind "
Several market surveys have indicated that the potential demographic of consumer Mind Augment /Mind Enhancement Product is intended for respond quite favorably to the suggestion that Induced Extra  Sensory Perception is rather like a Personal Trainer *.
*