Origin early 17th cent. (originally denoting a heavy crushing fall onto something soft) 1  .       self censored thinking
to attempt "a PG 13" ...mind to mind synthetic telepathizing with another
if one were doing mind to mind communication for instance with one's mother ..one must not think of sexually explicit imagery for instance there are other companies beside Proxy Cyber who have been workingon a synaptic pulsated simultaneous version of a filter,,,so "little accidents" like this do not occurthere are also other Mind Augmentation  Developers who specialize inprovokingsuch "twisted" thinking to deliberately throw a monkey wrench into direct neural interface to create ...or " a disturbing or even "criminal" neural data extract 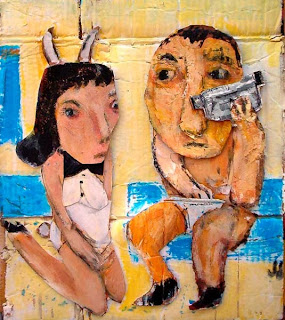