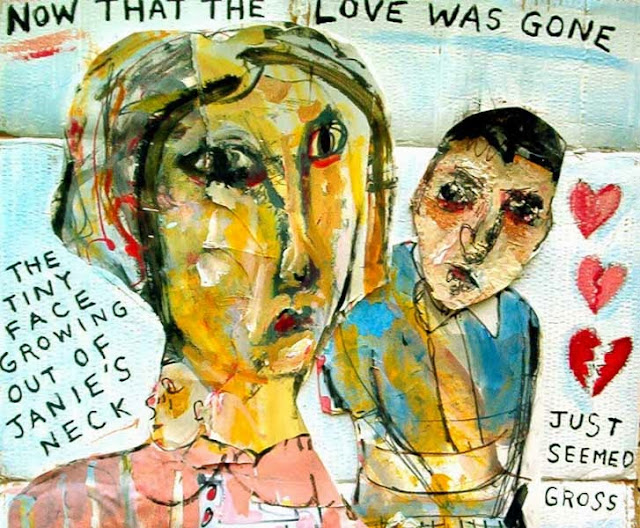 long ago
I stopped living
a life.meeting new people..doing new things
I suppose I am now what one might call a hermit..

I suppose many like me are or become isolated...
they lose jobs friends family
connection to anything
but the Mentors

they hear what I hear they see what I see
they feel nothing of what I feel
and I feel so little anymore
the mentors care little for feelings
only
brain mining
reverse brain engineering...some call it

I am in a cult only in that separatist methods have been used to make a Proxy relinquish one's ego to the Group
the group seems more concerned with business and research and findings and discovery
no longer does the interface play games about
making me more.
fostering potentials..

yet a lab rat has a reason to awaken
if only for a food pellet or water.
...but these tiny mammals who have been
used too long
soon do not bother
they change
they don't move.

they die
my every encounter .My every Cognitive or Emotional Response to situations
nothing more to my mentors than some sick TV show
I drink.
I pop pills
I smoke crack
snort heroin
anything to muffle my mind
to all but destroy it
before it becomes fodder
for "testing"
for all extensive purposes I am insane
only Proxy Cyber and myself
know the truth
Gary Rainy's ideas and breakthrough book "Neuronautics"
and "Inway to the Enway"
are the Mein Kamf of The New Way
I pause.
waiting for a response .
a zing through my hippocampus for thinking "wrong" about the Process
the leader..
The New Way
I get almost more frightened sensing nothing
I used to think "who did this to me?"
who
"apped" me.
and "why"
what did I do..
some adolescent ravings on line about the country..some mean spirited rant against "The Man"
when I was posting non stop .drunk..at 2 in the morning ...not sure if I wrote to be someone
...a writer? or because I cared...
my girlfriend was the one who went to the protests ..signed petitions..
I just wanted a by line...
or was I apped for no reason
wrong place right demographic.
oh the things I have since read.  about human testing
supposedly halted.
NEVER AGAIN
I watch president Clintons apology for MK Ultra and laugh
if they only knew how ultra
testing would become
only a few people are creating A.,I and Immersive Reality
a handful
imagine less than 100 people literally creating the new world..
they don't call it political
only
methodical...
a brain scan that methodically collects one's neural data
and weighs a person's worth to society based
on
science-ideology TruGenic's
and where one falls on the "scale" of Being..preposterous ...but true
and since nobody believes this system  nor the technology is already here
there is no one to stop it
the better they get at it.
the more sure they are
that the gods themselves sanction
the "reads" of one's mind...
no longer private
at this point I feel like a Reactor
as my "reactive" and Automatic Thoughts
respond only with aggression
to "the church of the poisoned mind"
the whole thing turned on me
the deeper the
encoding went
my mind  retreated or sputtered out "sick things" like a squid spewing ink
I was accused of deliberately mocking my Mentors
deliberating
transmitting thoughts that would hurt them
I countered that The Reads were driving me insane
they countered that "by now" I should be used to it
will we really soon live in a world where one is used to their every thought being read..
and dissected...
the period of time I became that hostile
I was locked up..
many Neuronautic members work in these places ,these hospitals ..although they abhor Psychiatry
they made sure I was not given meds..
to tranquilize me.
and destroy a read
I was hospitalized as punishment.
for my thoughts. against
OPEN MIND TECHNOLOGY and Gary Rainy's TruGenic Re-Assimilation
the hospital was torture
I was put in restraints
by smiling wards who had "the look" that said "oh yes am one of them.."
and they knew why I was here.
I was here because I was deemed "weird" now
for my dangerous ,"deliberate" thoughts toward my Mentors,toward Neuronautics..toward the new system..
one of the tactics Neuronautics uses to rid a "member" of their "weirdness"
is a strategy called
Shaming and Mirroring
the term they use is "Reflective  Re-Organization"
the brain computer interface  set to play back to me my own "sickness"
24/7 as if the interface were a tape ,a loop of oddness.and the very worst sickening scenarios..
one begs for a return to one on one mentorship
not The Loop.that they threaten may never end
Posted by vvvvv at 6:31 PM