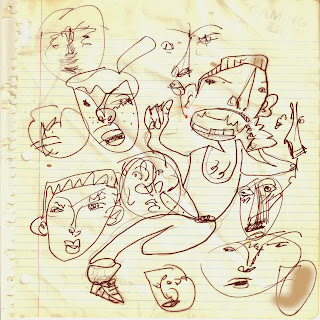 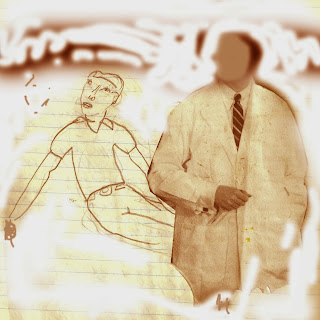 undetectable
and
inconceivable to most

in- human enough
(junkies,whores,homeless,prisoners...etc)
to tinker with
without consequence

my type
to The Alpha Male

is  a  high school psychology text book from the mid 1970's
which featured featured
"crazy" as "ugly,scary,perverse you remember those pictures

black and white.
scary
schizophrenia .(a black and white photograph of a depleted man sitting oddly and uncomfortably
still
in a chair
in an institution

their technique
and
politics
a mix of Ayn Rand and Eichman


I am "the  sicko"
the artist
the fuck up

and I cannot help but wonder if G-d
is watching at all,,,

A Blast From The Past
Dr. Ewen Cameron
Throughout the 20th century, academic psychiatry provided no public commentary, ethical guidance, or moral oversight concerning mind augmentation experimentation, despite the fact that the leading psychiatrists and medical schools were well funded  by ******for mind manipulation research. Mental patients, cancer patients, and unwitting citizens were experimented on by doctors at Yale, Harvard, McGill, Stanford, UCLA, and other major universities.


These human guinea pigs were never told that they were subjects of mind augment experimentations nor did it matter that they never gave informed consent. They received no systematic follow-up to document the harm done to them. The welfare of the "human subjects" was not a relevant variable in the academic equation." The doctors saw their patients as biological machines, a view which made them sub-human, and therefore easier to "handle"
Dr. Ewen Cameron.  began conducting unethical and inhumane brainwashing experiments at Brandon mental Hospital in the 1930's. Schizophrenic patients were forced to lie naked in red light for eight hours a day for periods as long as eight months. Another experiment involved overheating patients in an electric cage until their body temperatures reached 102 degrees.

In a paper published in the American Journal of Psychiatry entitled "Psychic Driving," Dr. Cameron [ describes his brainwashing techniques. Psychic driving was carried out in two stages. In the first stage, patients were depatterned, which meant reduced to a vegetable state through a combination of massive amounts of electroconvulsive shock, drug-induced sleep and sensory isolation. When fully depatterned, patients were incontinent of urine and feces, unable to feed themselves, and unable to state their name, location, or the date.


In the second stage, psychic driving was introduced. This consisted of hundreds of hours of tape loops being played to the patient through earphones, special helmets, or speakers in the sensory isolation room. Dr. Cameron received a grant from Canada's Department of Health and Welfare for $57,750 for the years 1961 to 1964 for "A Study of Factors Which Promote or Retard Personality Change in Individuals Exposed to Prolonged Repetition of Verbal Signals."


Linda MacDonald was a victim of Dr. Cameron's unethical, destructive mind control experiments between May 1 and Sept. 12, 1963. Cameron used a "treatment" which involved intensive application of three brainwashing techniques; drug disinhibition, prolonged sleep treatment, and prolonged psychological isolation. These were combined with ECT [Electro Convulsive Therapy] treatments. The amount of electricity introduced into Linda's brain exceeded by 76.5 times the maximum amount recommended in the ECT Guidelines of the American Psychiatric Association.


Dr. Cameron proved that doctors skilled in the right procedures can erase a subject's memory. His depattering technique resulted in permanent and complete amnesia. To this day, Linda MacDonald is unable to remember anything from her birth to 1963. As recorded by nurses in her chart, Linda was reduced to a vegetable state. She was completely disoriented. She didn't know her name, age or where she was. She didn't recognize her children. She couldn't read, drive, cook, or use a toilet. Not only did she not know her husband, she didn't even know what a husband was.


Life changed for Linda when the Canadian Broadcasting Corporation program, The Fifth Estate, aired a segment on Dr. Cameron on January 17, 1984. A Vancouver newspaper ran a full-page story on Robert Loggie, a Vancouver man who had been experimented on by Dr. Cameron. Loggie was a plaintiff in the class action suit against ****for Dr. Cameron's MKULTRA experiments, which was settled out of court for $750,000, divided among the eight plaintiffs.
Posted by vvvvv at 8:03 PM