if you could read my mind...

"It musses up my hair......"she told her Encoder fiddling with the hairnet ..studded with bio sensors ..which gave Denise access to Stephan's mind.."

"would you rather have nano  in your cerebellum. Like we did with Stephan..stop playing with it..,"The Neuralist said, pulling Denises' hand away from the sensitive equipment.


(as part of the package
Proxy Cyber  had "spiked her fiancé's temporal lobe with potable
with "apps" So tiny "the apps" that Stephan simply drank them into his stomach, unaware .)

The Neuralist who over saw the "read" adjusted Denises's  hairnet to ease her discomfort. Denise had come to Proxy Cyber as Denise  suspected Stephan  was having a "thang" with the condo manager.

inside her fiance's mind
on and off  for
3 weeks now
Denise had gotten past the" Eww  factor" of Direct Neural Interface.. Primarily Denise was shocked to find the discrepancies between what Stephan said and what he thought about her,about his friends about his parents.

"In a better world "her Encoder said "..in The New One we are creating ...a man such as Stephan would simply
..not exist"

Denise was handed a tract book ,a summation of the Code of Gary Rainy based on Science-ideological Modes of Being"

Denise was not interested in Religions or Groups or Philosophies of TruGenics ..just Stephan's lying ,whining mind
mind which she had grown "addicted to"reading in spite of herself

Amazing that They could do this ...Mind Reading... 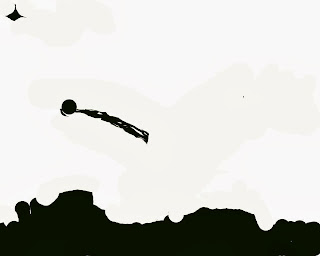 ..."and Mind Imparting" she read in the brochure...

"what can one do to another with  this "mind Imparting *" technology.." she asked her Encoder

"oh boy ...are you sure you want to go there!"Her Encoder said..

"oh yes.oh yes I want to GO THERE .I want to drive Stephan out of his fucking mind"she said

"we call it Mind Augmentation...we call it Mentoring...otherwise ...it could be seen as a weapon..."putting his ger to his lips,the universal ,,,shhhhh hush gesture...looking around at the other Readers and Imparting stations

"How much to "correct this scumbag's mind 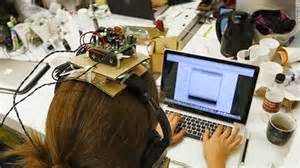 www.ronpaulforums.com/showthread.php?137258-Voice-to-Skull-Technology
"The technology called Voice to Skull is a projected sound/voice transmission into one's mind through the auditory nerves and bones instead of via the hearing organs
Posted by vvvvv at 8:42 AM