chartreuse (never on a sunday)

I get more and more frightened
.my life which had been small enough.
an artist's life can be
so small
so away from the norm
and people whether they like it or not are measured
upon
certain norms

for instance
here in  this country .where I just happened to have been born is this wrong to write..?is it wrong to consider that 's as far as my allegiance goes..(especially after having been found less than All American Boi and what not by my "takers"(my art according to Evan Rainy displays a decay of some kind
as if the "things" I draw and paint are Rorschach Neural Reads ,pre bio sensor tests.... indicative of one who must be "watched"
what is funny artists
especially
artists considered Outsider Artists which means they are not only
limited to a rather solitude and separate day to day occupation (if you call staring at blank walls and reams of paper ,next "defacing" their cleanness with  markings and drip drops of color  and shape  an occupation
much less a demographic that requires
survey or encroachment on their mind
(there is nothing there I would claim and graph to mentors searching and goading explanation
trust me if I could DO something else.
I would
half of my punitive interfaces have been
I swear it is so
through simple boredom
on those whose job
it is to WATCH
STUDY
Characterize
data-fie
all that seems
eschew
and or ODD
most of the people we "go to war " with seem ODD in dress and
or "style"
I sometimes wonder if some of them .over there
simply wore the same brands and logos as us
how much harder it would be to "make them pay"
for being different.on another side.
if their baring of being and hAIR CUTS
EMulATED OUR OWN
"spare me" The Voice says
interrupting my internal stirrings
and words that make up these stirrings
words that I know are being recording and encoded into language that my Mentors keep on disk and Decalogue hard drive files
...and cut the green peace ploy,"
a Hippie you are not
(it has been burned into me that all I care about is myself ...that my basic instinct,the one they are trying to cure for a more equivocal interface,is pathologically both narcissistic and sociopathic..
Science -ideological based Neuronauts .nor GaRY OR eVAN rAINY BUY  "this Autism shit"
EVERYBODY KNOWS YOU CARE NOTHING ABOUT THESE THINGS
IT'S IN YOUR nEURAL DISKS
1,288 OF THEM
a vOICE .
(SUNDAYS MY MIND TO MIND MENTORS..HAVE OFF...THIS IS PURE a.i remote neural monitoring
IN CASE I STEAL A kIT kAT OR SOMETHING FROM THE AM/PM
just the same
the pulsations feel "Rainy" and severe
like a mean old matron violently sewing and stitching in a corner of a room
a watchful eye on you
and blame blame on YOU
for every needle prick or
misweave
..."now LOOK what You Made Me do''has always been The Way the New Way Operates..
..is it wrong to perhaps think that I may have been better off having been born in a place less worried about brands or alpha dog stylized movie stars or catchphrase contagion .,.in some made up city in my my mind with slate roofs and less bright colored coats...a more serious place..where people maybe laugh less as the misfortunes of others...and being a "man" can mean slouching  or speaking softly and being attracted to others such as this..,does it surprise you that moreso and moreso  I sense my mentors are of the Cowboy/Bruce Willis Way yeeeeeee haaaa bang a gong  badda bing badda badda badda swing persuasion
the norm is driving a car
working a nine to five job
having or acquiring some type of home and family to live in this home
and things like that 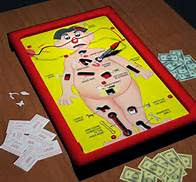 often
an artist
brings unwarranted attention to himself by so much wanting or  needing attention
often the artist is young and unaware of the consequences
of how his "work" may be seen
0r how his work may be  categorized
for instance as
a jpeg
online.

most artists create and foresee their work in a gallery that's very space
says,at least to some degree
I am alright

however when the work is seen
on line or as a photo ..
and if one is not an artist or" appreciator" or collector
but a searcher
for things that may seem
and may be
"questionable"
one may find themselves in a very NOT alright situation

as I have stated before ..oddness
of any kind that is not within the schema of "I understand this type of strange" therefore this type of "strange" is acceptable.

mad with sound and vision
he didn't know how .he didn't know why
they heard his mind .the read his thoughts
he didn't know how .he didn't know why
find me.help me .
find me help me
he would think when he could
but he knew these thoughts
weren't going far enough into the heaven's for anyone to
care
Only they heard his sobs and cries ..stop stop..
and THEY didn't care at all
it was part of The Process to break down one's beliefs in such silly things as g-d and divine Intervention
The New Way was to be my Intervention
The New Way and Psycho and Neuro- Tronic monitoring and mentoring were REAL in a way that g-d simply was not 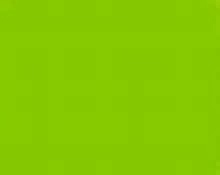 " remember when everyone was painting their kitchen nooks neon green
chartreuse
I think it's called
the color of bright katydids? and this seemed to be a fine idea

an artist ..besides painting must also
be
likable
if he is to "get ahead" I was told in LA


a friend would say I was in EST I was iN The Forum I was in Kabbalah ..I know about a group mind

you do NOT know.
you do not know what they can DO to you if you are against it

or talk against it
"THAN shut Up about it"please please ;listen to these freaky MENTORs or whatever they put into your kool aid or cerebral lobe and give us all peace ....

I have lost so many friends since
"it"

the "it"
...{has slipped into the art,,,i.e people wearing bio sensors conducting clandestine  wireless communications with subjects...and really has no business on even a small wall in the hallway...the subject too "odd" and untimely as if I am drawing or painting otherworldly mythical moonbeams and unicorns and robots or something or other..
my old work sells still
but friends who take me along to meet either dealers
or "networked" by them potential buyers.
give me a stink eye ixnay on the nano...and "your theories of intraneural communications ...in fact why don't you just sit in the car for now ..I think you wore that sweater last time we met so and so..the way it goes with
buying inhaled stimulants or 'rock' on the street or in the many cars
that come around after a
phone call
numbers I have thrown away smashed phones to extricate...
just seem to show up on my phones
my new phone again and again as if by magic or
cuz I run into "sidecar" runners wondering where you been.."

after a berating or intense "audit" or neural collection or as my Dr might say "feeling of such" lately and pastly I would invariably reach for the phone  and say
"I got 60" and then it all starts again...

relief.
and more fear..
as I now know or believe there's a switch about concerning the qualities of "rock" sometimes almost 80 percent or so cocaine
but after it is you making the mid morning mid day calls
the quality slips to some variance of what is IN the  "rock"
a little bit of meth a little bit of god only knows what is in the plasticine ..that one smokes anyway
irregardless of that stinking sinking feeling
that one has paid good money for
and once again ruined any semblance of "sobriety" for some bad meth  baking soda and who knows what other sticky stinky ingredient that seems to drip down the pipe rather than burn quite burn..
does the "rock" make the "voices less or more..
pleasantly or
coldly (concerning my link to the interface) once again one can careless...and the progressive damage to my respiratory system ,mind etc...
out the window ...as the sheer awfulness of the smoking of the "strange brew" that offers more fear  and very little high
provokes a "dumbo" like me to smoke the "poison " faster and call the dealer in advance to get some more..
some more of "the right stuff"hopefully

none the less the downtime...habit and extracurricular of the smoking of so called inhaled stimulants ...ex[plains my downfall
rather more safely than
my Z"do you hear what I see .do you see what I see..do you know what I know.."
when people ask
"what happened to you..you are not the same"

the forced grin and my greenish teeth and that smell that accompanies all 3 of my "day jackets" says it all and there is if only for a time no reason or no willing (as the stimulants as I have mentioned make me un naturally still and mute...)


my mother as well is satisfied.
oh he's simply using again...
(and I like him this thin)..and maybe this thanksgiving we won't all have to be schooled in nano technology and mind augment practices in southern California

as sure as she is about the stimulants being the cause of my New Way of seeing hearing and being
is as sure as I am that they have absolutely nothing whatsoever to do with "IT" except to slow my neural baseline to a level of "why bother" concerning mentorship
do not get me wrong
the mentors hold back any kindness and show me only the most
horrid imagery
yet this disengagement
and vacillation of neutrality
I am sure
gives
the Mandlers respite
from my racing mind
deemed both agitatious .deviant
and ever more sick

the strange cruel drawing they cannot believe actually sell have stopped.
in this regard
we are  both...winning

as a rule .neuronauts do not believe in psychiatry
and prefer that I use street drugs ..than pills deliberately created to offer disingenuous reads  ..such as benzodiazepine
which I am on now
taking quite a bit more than instructed..
so that in addition to not caring what EVAN and Company at Proxy Cyber labs  think about what I am thinking about (for benzoes ..ativans xanex...offer only a hiss of thought..an unreliable brain map or temperature of "the soul" within the "client"

I  am referred to as many things by my mentors
a client
a subject
a husk
a sicko
a pioneer.

Researchers from the University of Zurich, have created neuromorphic chips that can mimic the way a human brain can process information in real-time.
Giacomo Indiveri, professor at the Institute of Neuroinformatics (INI), of the University of Zurich and ETH Zurich,   the goal of the team was to emulate the properties of biological neurons and synapses directly on microchips.
The neural data extracted by introducing something  researchers at Berkely call “neural dust” which facilitates mind reading ,the first step toward encoding thoughts ,intentions and emotions into a language that a computer can understand and "loop in" upon as what might be called a  mind to mind.mind /computer overlap or perhaps a full over ride over-ride of a human temporal lobe for a waking dream,a precursor to Artificial Reality.

Neural dust  consists of particles no more than 100 micrometers across that would be millions of  bio sensors capable of measuring electrical activity in neutrons, these sensors could be attached to the “tips of fine wire arrays” that could be inserted directly into brain tissue.
enablinb a human brain – machine interface to create a mechanical “telepathy”.