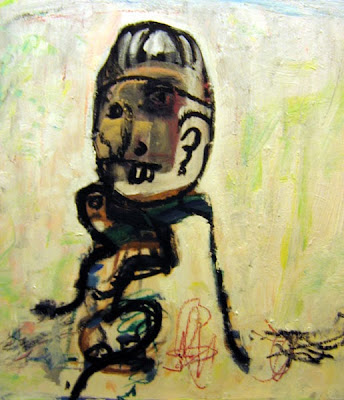 A.I. and Immersive Reality that can over ride or "overlap"with one's 5 senses* is an exciting venture for Parasol Pictures to Involve itself in and I believe a natural evolution of cinema..I will leave the scientific explanations to the scientists....I mean one does not have to understand "how a TV works  to enjoy it"..nor does one have to understand how  Direct Neural Interface works to be overwhelmed by it's intentions -Valerie Prentis 2011


..*.neural dust( or what some call nano particles.) .create a  neural interface system  .. these particles are actually bio sensors and  provide "a Team" a viable, literal Neural Pattern that can be encode one's Thoughts into everyday Language ,this will personalize the  interface to fit one's needs..
Some people do not know what they need...or KNOW how to think which is WHY some studies are being conducted on volunteers who are incarcerated..

The particles neural dust , not more than 100 micrometers across -- that's 100 millionths of a meter. Each particle , a sensor capable of measuring electrical activity in neurons, covered in polymer to render it biologically neutral and backed by a piezoelectric material that  convert electrical signals into ultrasound.,enabling a  brain-machine interfaces, mind reading and synthetic  telepathy."
Posted by vvvvv at 8:01 AM