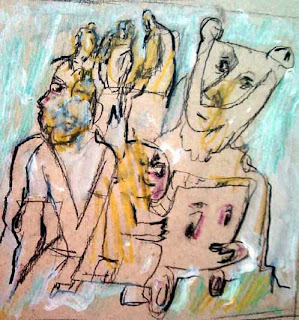 — Professor whose work is at issue has focused on surgically inserted mind-control devices The University at Albany has shut down , Professor Kathryn Kelley explored the claims of those who say they were surgically implanted with communications devices to read their thoughts. According to colleagues, Kelley has privately claimed the university is violating her academic freedom.. A school committee eventually chastised Mack for engaging in unorthodox research and “affirming the delusions” of his patients
John Mack, a renowned Harvard psychiatrist has an international reputation. He earns hundreds of thousands of dollars in grants and won a Pulitzer Prize for his biography of T.E. Lawrence, known as Lawrence of Arabia.

Despite the inquiry, Kelley, a fully tenured professor who earned $67,000 last year, is slated to teach two graduate courses in the fall. The department became aware of Kelley’s theories as early as the spring of 1998, when a note on her office door announced a lecture called “The Psychology of Invading the Self.” The note described implant research funded by the*********with an annual budget of $2 billion. The “uninformed, unconsenting subjects” of these devices were typically “federal prisoners and political dissidents,” the note said. At the same time, Kelley won approval from the review board to conduct research on “advances in technology that affect interpersonal communication.” In a 16-page outline to the board, Kelley said she wanted to look at the uses of technology for “monitoring and control.”
Papers Kelley delivered at two recent conferences suggest that she was becoming fascinated with the subject of mind control. At the annual conference of the Eastern Psychological Association in Providence, R.I. — attended by several UAlbany graduate students — she delivered a paper that looked at implant claims as “one of the indicators of schizophrenia.” Yet many colleagues began wondering to what extent Kelley believed that such implants were actually occurring. “A lot of people wonder where she draws the line,” said one graduate student, who asked not to be named. “Is it hypothetical? Or is it fact?” In a more detailed treatment she gave at a conference earlier this month in Orlando, Fla., Kelley lent more credence to the phenomenon. She described how a subject might be implanted with the device during anesthesia, perhaps leaving tiny stitches visible in the ear. She called the devices RAATs, short for radio wave, auditory, assaultive, transmitting implants.
“When (short-wave) operators transmit to or scan RAAT implants in victims, they can talk to the victims remotely and anonymously, and hear the victim’s speech and thoughts,” Kelley wrote.  few professors had heard of the groups behind the Orlando meeting of the World Multiconference on Systemics, Cybernetics and Informatics, and the International Conference on Information Systems Analysis and Synthesis. The Web site for the organization, based in Venezuela, said it is devoted to cybernetics, which it describes as integrating various disciplines into “a whole that is permeating human thinking and practice.”


Following this line of research, Fromherz and Michael Hutzler have recently presented the first successful connection between a chip of the kind described above, containing capacitors to stimulate and transistors to sense nerve action, and a brain slice containing well-characterised neuronal connections. Specifically, the researchers turned their attention to the rat hippocampus, a brain region associated with long-term memory.
Neural implants, are technological devices that connect directly to a biological subject’s brain – usually placed on the surface of the brain, or attached to the brain’s cortex. A common purpose of modern brain implants and the focus of much current research is establishing a biomedical prosthesis circumventing areas in the brain that have become dysfunctional after a stroke or other head injuries. This includes sensory substitution, e.g. in vision. Other brain implants are used in animal experiments simply to record brain activity for scientific reasons. Some brain implants involve creating interfaces between neural systems and computer chips. This work is part of a wider research field called brain-computer interfaces.
. Prominent research was conducted in the 1950s. Robert G. Heath experimented with aggressive mental patients, aiming to influence his subjects’ moods through electrical stimulation. Yale University physiologist Jose Delgado demonstrated limited control of animal and human subjects’ behaviours using electronic stimulation. He invented the stimoceiver or transdermal stimulator a device implanted in the brain to transmit electrical impulses that modify basic behaviours such as aggression or sensations of pleasure. Delgado was later to write a popular book on mind control, called “Physical Control of the Mind”, where he stated: “the feasibility of remote control of activities in several species of animals has been demonstrated [...] The ultimate objective of this research is to provide an understanding of the mechanisms involved in the directional control of animals and to provide practical systems suitable for human application.” In the 1950s, the***also funded research into mind control techniques, through programs such as *****.. Delgado stated that his research was only progressively scientifically-motivated to understand how the brain works…(Wikipedia).
Posted by vvvvv at 11:42 AM