to lose one human Subject may be regarded as misfortune ,to lose eight just looks like carelessness

Jacob ..was benched by "the Team" for his
unusually "harsh" methods of "psychic driving"
with Brain Computer Interface
that Jacob claimed
were in accord with
the previously "face to face" methodology of
"commandeering" a "member's
neural pathways
to a
more "clear" and "conscientious


"To lose one human subject  may be regarded as a misfortune; to lose eight  looks like carelessness."

while suicide was often an inevitability
of an unsolicited "testing" with both A.I. ,Immersive Reality and Brain Computer Interface
the Powers that Seize
regarded Jacob's Exuberant Enthusiasm
as Tele-Operator as
more Sadistic than Efficient
and politely offered Jacob
a position at Merge that did not require either Hand's On
or "Hand's  Off   /headset On" non lethal
mind correction

at first Jacob was reticent about 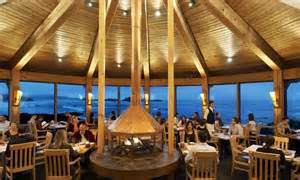 managing a restaurant that only catered to employees of Merge Proxy Cybernetics
until he
came up with a theme
that corresponded to
The New Way
of
Group Thought
that primarily
mathematically
required the subject to not
be "subjugated"
as much as be "in tow" with the "redirecting of Self Signal Variable Evoked Potential
the basis of Neuronautic's founder Gary Rainy
Communication is a cybernetic process, ever dynamic and constantly changing. When Person A transmits a message it travels in a forward arc to Person B who responds, and a return message is received by Person A.  The response arc contains a variety of messages, verbal and nonverbal and should affect what Person A transmits next. The success of communication lies in extracting meaning from the response arc and reformulating a new forward arc that moves the conversation in the right direction.  In cybernetic theory this is called ‘adaptive control’.  By constantly varying the content and delivery of the transmitted message a rapport loop can be quickly established between conversing parties.  This is known as the technique of ‘pacing’.


Cybernetic processes are governed by the Law of Requisite Variety which, stated simply, says that in any process operating systemically, the elements in the system that have the greatest adaptability or variety are those that gain control. In other words, if Person A constantly adapts their forward arc (based on the information from the response arc), they will be able to influence the results of the interaction)
the suicides of Jacob's "wards"
were simply taken by hard core "old school" practitioners of Neuronautics.
as
End Result Equations
and a type of
Self Exiting for The Greater Good
because
the subject 's Self Realization that their Emittance (brain signal systems) were
Too maladaptive to serve as "Socialized"Survivalism
that was the heart of the  Neuronautic 's Movement
Jacob researched many a restaurant -eer
to conceive of a "theme" or novelty
that was in keeping with
The spirit of Neuronautics
and finally decided
to
pepper the floor of the dining room with box turtles
that
the scurry of customers would
inevitably
topple over
thus
it would "be up to" the customer
of  "Steerage"
to decide
if
the turtle on it's back
should or should not be
"saved"
by placing the reptile 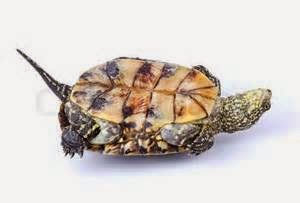