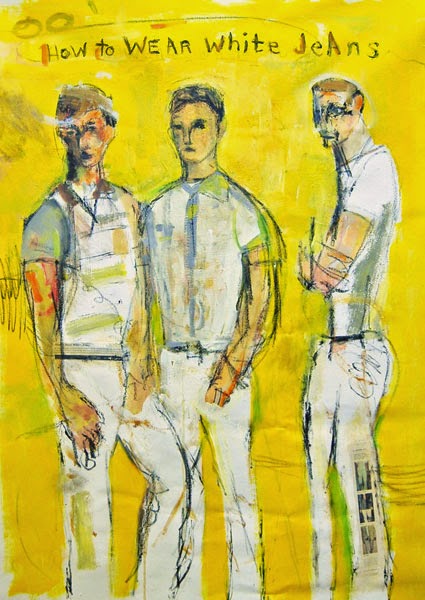 june 10th 2014 (compo cola)the prongs of Evan Rainy's fork made a grating sound on the porcelain plate that contained eggs, hash browns and toast.
the exact sound of  fork prongs  against porcelain in both  brevity and pitch
was purposely duplicated by Evan's father ,Gary Rainy
who  sat across
the 10 foot by 4 foot oak table
that separated the two men
in the dark dining room that  the two shared meals in
daily..

the room was enveloped in sound muting oriental rugs and tapestries
but sound seemed to  echo nonetheless as if the  gauze-ed, muffled  large room  were a airplane hangar
perhaps because  conversation  was  so rare
that even a gulp
or sip of water
seemed to "say" something in the tense
stressed Quiet-
that somehow felt so loud

Evan attempted to eat more carefully and co consciously
to not in any way offend "the Enway" of the Dining Room
but  the intensive  "carefulness" brought about by  Evan 's self awareness  regarding his Emanations
caused another break in the delicate ,balanced" Enway" that Gary Rainey's mere presence
created

Evan had moved up the through the levels 1 thru 5 and
had done well in the advanced  Qualitative Division within the Officiating Branches as a  Q11 Commandant
therefore Trained to Mentor Levels 6s thru 8s Neuronauts
first in traditional
Annex settings
and now
using the New Brain Computer Interface Equipment
that used much of the same techniques practiced in "Ground Bound" intake sessions..

Although Evan had preceded up the "Scales of Human Betterment "
and was much respected by his colleagues ,
his father
always contended that most of his Mentors had probably gone very easy on him
concerning his Course load and "gamesmanship" capabilities
which according to Gary Rainey went hand in hand with the development of one's TRUE psychic abilities
rather than synthesized Mind to Mind Influences that anyone with an Emotive headset,,bluetooth and a  P3000 neural translations program  could emulate .
..
According to Gary
the Mind to Mind "hocus pocus" of Brain Computer Interface
was to be used ONLY to stimulate one's amygdala towards   Primal States of Consciousness and thus  Real  Telepathy"
by
manipulating the Interface in a way that mimicked Spiritual Possession
to induce Primal Fear
that either drove one mad or drove one beyond themselves to Higher Affinity

To Gary, Evan Rainy was something of a fraud.
His "mastery of Neuronautics strictly bookish"

Evan was allowed to blink but was not allowed to display any emotion.

Inevitably, mid exercise
Evan's eyes would tear up or  his head or lips would tic or tremble ever so slightly
inciting his
his father to either  slap him , hit him on the top of his head or perhaps worse simply sigh

For his own good
these Exercises were done

his Father had warned him
that

THERE ARE THINGS .THERE ARE SPIRITS and EMANATIONS
that feed upon
those who leave their vessel and thus their mind OPEN to OUTSIDERS
who want nothing more than to PLACE their thoughts ,motivations and very souls
upon
one's own.
as a child his father might crawl into his bedroom...made up in white paint or a mask to scare
Evan into
creating
"a defensive" system
that according to Gary ,"needed to go just a bit further than crying like a faggot or burying one's head in one's pillow"

to aid his son's defenses
His father took away Evan's pillow.
and for years he slept without one ...
so he could not bury his head in it.

next
During one of his father's "Night Stalks" practiced ONLY according to his Father to "Man Up"
his son
to the very real .
very dangerous Emanations and Living Invisible Forces
"just waiting" to attach themselves
to
an Unguarded Soul "

Gary would talk about Jesus

to Commune COMPLETELY with An Entity
so much more intelligent
so much more powerful
and Enlightened than
mere mortal..

Gary explained that even before Jesus tribes across Africa and Asia Minor and  all through the land
Tribes placed their male children through deliberate obstacles and painful rites and terrifying ceremony
to enable their child
to Receive
psychic interaction
or what Gary said  ,"The idiots and Ruiners of THEIR WORLD called Psychosis."


"The day you were born
I saw THEM,"
Gary would say,
"all around you..The Emblematics..the "lost and hungry spirits in The Enway looking for someone to adhere to"

I asked myself what has this rebirthed Soul  Done! to invite this Darkness into my home


Naturally
I asked your mother to leave ...I divorced her on the spot
after I saw the Emanations ,not your own
practically encase you and carry you off..
for
I knew that it was not through ME,  through MY VESSEL that your weakness
to DRAW IN
all matter and nature of ENROT into your Being  came from.

according to his father only self  control
could enable one to control Others
AND their own and OTHER'S Emanations INTO the Enway..

and They would TRY again-
the chairs across from one another
their eyes on each others
The goal again to
register
no emotion .
no smile
no frown
A Blankness of Selfness.or what in " Inway to the Enway" Gary called NON-PERMISSIVE NEUTRALITY
that blocked the
Responsive Mind 's tendency to be swayed by Ruin-atious Emblematics


When Evan inevitably blinked or frowned
His father would scold Evan for wasting his time with his seemingly Unresolvable SELF-NESS
that according to Gary,
"was so FULL OF ITSELF
that it could not help but
peek out and make a spectacle of ITSELF  ...like a GIRL batting her eyelashes cause SHE seeks attention...
maybe you should start wearing make up Evan..some lipstick and some rouge so people might
see you more vividly"


again they would try
facing each other.
eye to eye.man to man.

if Evan tried focusing his eyes on his father in 'a fashion"
was Non Emanations
his father would tell him "it appears to me as if you are trying to LOOK THROUGH ME.
Like I DO NOT MATTER...
Is THAT what you THINK of ME?

Worse.
was if Evan 's gaze was too direct
as Gary told him that Direct Eye Contact
"TOOK" from another.

"is that what you are attempting to do ? Are you trying to TAKE my Essence?"

"You.My Own Son cannot even make Eye Contact like a Man..you chose to either LOOK THROUGH ME as if I am LESS than YOU
or
You LOOK INTO ME like you want what I have inside me..

One Day
during dinner Evan's father seated 10 feet across from him at the dining room table
suddenly dropped his knife and fork
and rose quickly ,as if he had seen a mouse.

Evan watched his father
perplexed and was about to ask him what was wrong when Evan heard his father's  all too familiar
boom ,"Get Up"

Evan quickly put down his fork and knife and rose from his chair.

the Moment Evan rose  his father sat down again.
when Evan again sat
His father rose again from his chair.
Evan quickly stood
just
as his father suddenly sat down again.
Evan reseated himself  just as his father dropped his utensils
and stood once more.
this time Evan stayed as he was.Looking down at his plate before beginning to slice his roast beef.

:get Up.Get Up," his father shouted.

Evan dropped his knife and fork and stood.

While Gary sat himself down again and began eating.

Evan did not sit down but stood.Assuming his father would stand up from his chair once again

"Sit Down ," his father shouted
and as soon as Evan did so ,picking up his knife and fork
his father stood once more.
Evan dropped his fork and knife on his plate and quickly stood once again.

His father gave him a look of disappointment and wiped the sides of his mouth with a napkin and left the room.

Evan remained standing
looking down at his cold food not knowing what to do. Whether to remain standing or sit.or to wipe his mouth with his napkin and leave the room
Posted by vvvvv at 2:34 PM