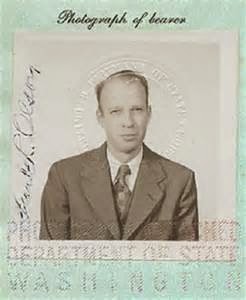 Seppuku (切腹?,  is a form of Japanese ritual suicide. Seppuku was either used voluntarily to die with honor rather than fall into the hands of their "tribe's hands nor the these hands might perform as method of  torture to harm of kill the" Ruiner" for  breaking the cabal's roles of a Ruiner attempting  destroy .The methods of inducing Seppuku upon the  "marked Ruiner" were done incrementally .One might MOB a Ruiner with cameras..(as if the RUINER was a celebrity, feel free to dress up in "wacky dress" of  "one the scene photographer /reporter. Wear kitsch-ie PRESS badges  Next mail  the Ruiners these photos off himself "caught like a deer in the headlights ..the Ruiner holding his hand over his Ruinous face to remind the Ruiner ..so even after they disappear -these photos  will assure forever the Ruiner would be "remembered only in the worst possible light". Other  rituals to discredit the "target" might be held in front of the Ruiner's  old friends  and often ..situations might be created for  the Ruiner to feel their destructive emanations returning to them..(home break ins ,punctured car  tires, lewd photos of themselves or others e-mailed to the Ruiner's employer and family etc..

Recently means of electromagnetic harassment has been "the weapon of choice"which incudes sounds "voices into another's" auditory cortex, by-passing the "Ruiner's" ears*


2004-Daniel Hurst, has killed himself by leaping to his death around 9 p.m. Friday in Los Angeles, "Please pray for my sister and her family." Daniel's Mother and Father  say, "Our family is devastated and in deep shock by the tragic loss of our dear Daniel and ask that everyone respect our privacy during this difficult time.”

According to the police on the scene , Daniel Hurst left a note explaining he intended to end his life after a lengthy battle with a former Church/Movement  that left him, he said, feeling as if he had no friends and could never fit in.


This form of electronic harassment causes an individual to think they are loosing their mind or that they have a mental illness. There are three known methods of imposing Voice Data and Images into another's visual cortex (1988)