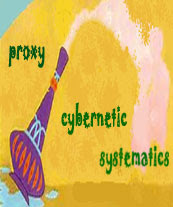 "By the  3rd or 4th year thanks to the guided mind
a Proxy tethered to Tele-presence is encouraged to look at the world
from a remote distance.

concerning vision or moreso inner vision
as point  of View from a Proxy's visual cortex limited to the equivalent of hand held camera inevitably gets tiresome to whomever is seeing out of the Proxy's eyes
un  mentored vision  is a functional biological problem not so much of the human eye as the Proxy 's inability to THINK in a cinematic style
Certainly if one believes a true living G-d reads another's Dailies ...one might be enticed to believe that G-d only listens ...sees and reads another's mind if the Lord above is entertained ..
by not just GOODV THOUGHTS
but good cinematography

certainly the Proxy can also be encouraged to recognize that The Lord above ...also listened in quite
astutely not just to the saints  but also to those amongst us
with the most WICKED thoughts imaginable.

for instance
when most people dream of traveling to Venice or Paris
mind's eye style they picture Paris and Venice from above ...in 2 SHOT ...LONG SHOT
many are disappointed to arrive in such cities  and only SEE and thus experience
their destination
in the limited fashion of traditional  sight.
unless of course one is lucky enough to be moved about on a crane to see Paris or Venice as CRANE SHOT
unfortunately Google Map streetline perspectives are truly the
the "Wherever one goes one takes oneself .."drawbacks of a mind not enhanced with nanotech.


Some human subjects complain that their tether to A.I. is a torturous event.
Yet the participant
rarely considers the difficulty an operating Tele -Presence monitoring them remotely when such little effort on their part is taken to amuse their ward with non redundant feedback
an Intracortical interface is by definition a two way street
a proxy who is too selfish to introduce sex,violence or at least a good TWO SHOT into their Mandler's mind cannot keep falling back on the tiresome 'White Traffic  /Human lab rat' rants that of course cause their Operator to snap them out of Lazy production values-

(2)
Parasol Picture's
needing one to THINK in real time
in a manner people (future consumers)
have grown accustomed to thinking about "film"
and inner seeing...
back in the olddays there was some deep learning ...shit about how
some anthropological thinkers...wrote dissertations ...that demonstrated that during REM,according to some journals made by semi -primitive man that even before motion pictures became the language of "DREAMS....people even before filM and tv saw in their dreams ....point of view...that didn't rely solely upon ...their
two eye...view of the world
. their are limitations...especially on a RUINER Proxy who tries to hang up their perceptions and interface of such by any means at his disposal
(when the  character, a "type " of "type" a  Proxy represents deliberately tries to block his  signal based output concerning both SEEING via retina. cornea ...and "seeing one does in "dream" ...daydreams ...etc....to mitigate this AWOL
all kinds of input based or not based on the "type's character is placed over their own brainwaves so. one's "type" "can be all things concerning augmented reality   -based -scripts which often "force one to be "more than they are" ...at least in terms of whatever plot driven script one s tele-presense want s to "take for a spin round the block')
while the signal over lay/over ride...can make one feel happy ,sad,sexual,violent ..
there is a "race is on" implication toward more nuanced perception
,as many in Hollywood and England and Japan are trying to
"add"more complex character over ride upon another ...having to do with subtlety
that is not plot based...imaginative SEEING or otherwise

I don't awaken and do the "usual raise my arms and go yawn' like they used to want in terms of clapboard...
DUMBO WAKENS
....I refuse to give them their clapboards...and picture myself looking at protein bar labels in a grocery story going close up ....on some ingredient "black box" warning concerning high fructose and peanut allergies..
than I go DAY for NIGHT...on them...but give up
I am too tired to "bend"
and my so called 'games concerning my remote Neural Monitoring
just piss them off.


morning meetings are not my thing

yet when I first wake up
all confused..
I am easier to work with ..is the gleaned jist..
so early morning 'wakey wakey" I am graphed ...lately seems the only time -I seem to be 'game" enough to see past my disgruntles being someone's bitch via BCI-

"my type" it's been decided can offer...a bit of Robert altman...ALAN RUDOLPH,PAUL MAZURSKY (1978-1983). GLEAN of .
"OLD TIME " (1971-1979) Character study based "assemblage"
..signal based "theme" based upon
protagonist not quite changing but "dealing" with their limits concerning capacity to "grow"

but "deal' and make snail like abridgments to themselves to "adapt ,ever so slightly" to new situations
that offer the 'under-developed character...in term of cinematic.impetus .and thus whatever incurred "out -curred" interface
it seems  I now possess as this mindfuck has taken me further from
not only having a REAL LIFE but the necessary skills ...to even really "dig deep" into my memeory
to recall what "real life...and social interaction..other than with tele-presence" meant
in the past however "i was game" to inducement of Proxy Cyber's "plot points"
yet even with one's imagination on full tilt.
one soon tires of
rendition that allows one mind's eye style to be "running down fire escapes" or in a  shoot out using trashcan lids and so forth to somehow block a barrage of incoming bullets

they have also 'had it" and "had enough' 'who framed roger rabbit" .-"you may find your self in beautiful house,with a beautiful wife..." introduction to
Merge dual living (real and virtual reality style)
they are done with  lawnmower man . introduction to "2 world" thinking style which need to be slowly insinuated upon those "gifted" to be part of "world on a wire"
life style...
basically dogma 95" in which the person tagged to be "open Minded" via Merge biotech is the dog.

from me they want pre -1976 blockbuster.character study ..now..which  is peculiar as "my team' has informed me quite tirelessly via interface I lack character
if I had character I would not write of many aspects of my 'situation" being made a human tv set.
character study ....based "film techniques" they want now to have a go at...
no Dumbo fighting a great white shark..
and no dino delarentis what would dumbo do if a cruise ship flipped over..
no "earth quake /towering inferno..
not even 'The Deep"
-------------------------------------------------------------------------
ask someone else man.I graph.i refuse
I ..think towards them ..so they might let me get back to fuckin'  sleep
a TWO -SHOT .than a CHOSE UP of my face on the pillow ..not even caring ..nor thinking if ...the CLOSE  SHOT of Face on pillow is " my best side.:.
knowing my team can always reuse and recut my dallies...to tinker around with re pixelization concerning....aesthetics..
to give them more...I think them a CRANE SHOT slightly different than my usual Exterior establishing shot.of my house.
I have trouble thinking crane shot as this implies the camera.
or brain signal that mimics such.of the brain signal   is getting closer to some action
when No way are they getting any action
real or imagined.
not at 6 in the morning
yet to show I am making at least technique type progress
I . use CRANE SHOT to "go through the window or wall" etc to  INT - my bedroom -wwwwwwwwwway to early in the morning
to find DUMBO in bed reaching for not one but two Klonapin to try to dope his signals back to sleep
----------------------------------------------
they deserve nothing from me.
as the very rigidity of my Mandlership is always "Groundhog Day "meets "The Possession of Joel Delaney"
I go TIGHT SHOT on the Klonapin bottle..than TIGHT on my hand holding the pills than some  archaic ,cheap animation based I believe on some 1970's public serve ad about nutrition ...or some 4 th grade health lesson depicting the way food (or pills) go first down one's esophagus than to the stomach...sensing this bad continuity i switch my inner sight to x-ay of upper part of digestive syste,....swallowing...
and try to self edit  a passing thought...no actually a  recurring inner vision of me reaching under my bed to grad a revolver to blow my head off  -
I rewind my mind...to EXT SHOT.
MEDIUM SHOT of "DUMBO" in Bed
not wanting "my team" to think I am antagonizing them
or going Leaving Las Vegas ....on them

to help with this I quickly decide to give them a more complicated "dumbo" shoot from "eye in the sky" or camera in a light fixture from a high ceiling point of view.
of some Howard Beal like ...frozen faced Proxy deeply enthralled ..with his commincado.."yes "yes" I hear you"
but can't pull it off.
and switch  on three  white noise machines create a cacophony of brain signal by my own "electronic means and over lay"

Ocean.
rainforest
and "stream" all going at the same time
along with the deadness of soul and thinking that the Klonapin has already begun  insinuating upon my Merge ridden synapses.
Posted by vvvvv at 5:36 AM