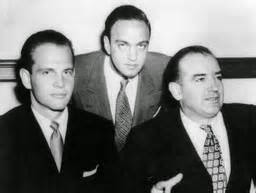 Evan ignores my "jew-ie intellectualism"....I'm still not quite sure being a Jew is alright..
but dag...
have I been taught about "jewie Intellectual" self referential thought...
being .non negotiable

"Aliens are a bit more clever than you jackass...and OF COURSE presented their Presence as trickery-
concerning nano and biotech...
instead of what they are...
"Maybe ,to be fair....they also didn't want to scare "we who have been gifted" with "communion" via the Raindrops
with the concept that "those abducted ...those they want to learn from AND teach couldn't handle the Truth....and NEEDED to be instead told that their Link with Entities was "just some chips or Psychotronics....Yes,they probably in some ways are benevolent enough to present the Truth in a manner less scary to people...than True Contact..."

'nobody quits Neuronautics buddy...not after Neuronautics has taught them how to commune with the Entities...you OWE us ...people who don't pay Neuronautics back sometimes end up with broken backs.....oh we'll save a nice little presentation of what happens to people given special privileges who turn Ruiner -
for your dreams..fag.'
Posted by vvvvv at 2:51 PM