"must be nice," my shrink says.
"having little green men to blame all your problems on" 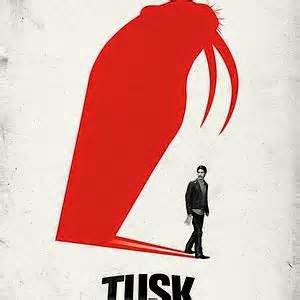 "I am not in the mood...for yet another person thinking about me as..some malingering mongrel"

"I read your blog..Your stories...I skim them..you know that...some entries ..I enjoy ..just as writing...some posts..give me insight ...concerning what is going on with you..No more Seroquel by the way...Is that true that crackhead use Seroquel as a buffer when the crack is no good..or too speedy?and they call this a q Ball"

"must be nice ,"my shrink says,"having it just  be a story when you want ...and a all totally true when you want to present it as such"

"according to your post last night .."Harvey" sent you the story pre-written...in a book.."the Dr. says

I wait for him to say..."must be nice...yapyap yap'I think to ask the doc who Harvey is when I receive a chunk
a chunk ,it was explained top me - is like a pack -non -vocalized info  set upon me
it is my decision to retain or dismiss this information
or the information
even I Dumbo!
sometimes realize isjust...random...and meant to be disregarded.-


Elwood P. Dowd (Stewart) is a middle-aged, amiable (and somewhat eccentric) individual whose best friend is an invisible 6' 3.5" tall rabbit named Harvey. As described by Dowd, Harvey is a pooka, a benign but mischievous creature from Celtic mythology who is especially fond of social outcasts (like Elwood). Elwood has driven his sister and niece (who live with him and crave normality and a place in society) to distraction by introducing everyone he meets to his friend, Harvey. His family seems to be unsure whether Dowd's obsession with Harvey is a product of his (admitted) propensity to drink or perhaps mental illness. Elwood spends most of his time in the local bar, and throughout the film invites new acquaintances to join him for a drink (or to his house for dinner). Interestingly, the barman and all regulars accept the existence of Harvey, and the barman asks how they both are and unflinchingly accepts an order from Elwood for two Martinis.
His sister, Veta Louise Simmons (Hull), tries to have Elwood committed to a sanatorium. In exasperation, she admits to the attending psychiatrist Dr. Lyman Sanderson (Charles Drake) that, after so many years of putting up with the invisible rabbit, she sees Harvey every once in a while. This causes Dr. Sanderson to let Elwood out and lock Veta up. After sorting out the mistake, Dr. Chumley, head of the sanatorium (Cecil Kellaway) decides that to save the reputation of the sanatorium he must bring Elwood back. At one point, when her daughter asks how someone possibly could imagine a rabbit, Veta says to her "Myrtle Mae, you have a lot to learn and I hope you never learn it".

'reading that post about ...you receiving every thing you have written ...in a book...as an exercise...I  am not sure why," the Dr  says',"Just seemed a real let down...it's like you are intentionally destroying
your own story...it seemed to me ...to be a bold example of how many of my patients set up their own roadblocks.. I mean
here you are trying to explain something
...and out of the blue we come to find out ...all you are  is a  temporary secretary...also I could not help thinking IF this was somehow TRUE and IF you now proclaim the entire  "story" was sent to you...by UPS .your Mandlers as you call them must be damned angry...if people are really doing A.I. testing on you via some biotech ...or ELF waves etc...and "now" you erxplain ..your just typing from some manuel...furthermore explaining  I have substance abuse issues...and a history of mental illness.....in one fell swoop...what we have ...in front of our eyes..is nothing..but a prank...?"

Suddenly I am fuming.,who IS this guy to 'read" me...guy don't even have a headset.to collect a simple  p300 signal.
I tell the dr.."it's complicated..I am trying to do and say  a lot of things at once"

You mocking me?" I say

"Did you feel like hitting me just than?" the dr says

"I donb't believe you," the dr says and opens up his drawer .."I want us to take a ride...a field trip to West memephis Ohio...it's a new testing center..that uses fMRI for trith detection of course..it's not as so[phisticated as nano chips some film studio  slash Cult slash 3 letter agency Ruinmanatti......but supppsedlyi can measure accuracy ...concerning truth telling..via brain signal.."

"can you give me sodium pentothal there ?"I ask

The approach used by No Lie MRI™has a verified accuracy that greatly surpasses all other truth verification / lie detection methods.
Current accuracy is over 90% and is estimated to be 99% once product development is complete.
The No Lie MRI™ software has the following characteristics:
Posted by vvvvv at 6:57 AM