..Proxy Cyber didn't just cook the books  but sliced them, diced them, glued them back together  to hide the fact that the  genuine data collected

most of the companies who wanted to reap the rewards "advanced and thus covert"
technologies
that for the stake of "futures"
would not exist until
'The Future"if ever...
didn't need caged monkeys to subjugate whatever qualms many would have had
concerning priceless sensory data obtained from non  consensual human testing
concerning Mind Decoding and Human to Computer Interface.

Big Business had it's own umbrella of capriciousness.
concerning
big gains at any cost ...least of all
ethics...
or morality


just the same ..
there was a sense that
one didn't talk about where the neural data came from
as            .
who really needed   to feel uncomfortable  with  the unpleasant  fact that tens of thousands of human beings were being psychologically vivisected
in ways only a mad man could conceive  of
by  mad scientist
pretending and purporting that  their work was solely being done  for King and Country and "medicine "
according to word on high IF certain prominent researchers did not believe
there work was being done ONLY to HELP humanity  they might refuse to participate
in certain aspects of "Brain Mapp" whatsoever

(but who was anybody kidding.....
everybody in the Mind Augment Field KNEW)

Thanks to Proxy Cyber's arrangement s with certain legislators and media moguls
the "dirty work" behind Human Testing
was either "taken care of" or simply ignored.

certainly the subjects KNEW not to speak about their Testing
lest they be either beaten up,subjected to hours of electromagnetic bombardment...or driven to madness
and or suicide by "the Brain Link /Brain Mapp studies"


.Tens of thousands of people walking around  terrified or so past terrified to hollow-,many of them falling to pieces in front of their loved ones,their children, friends and parents eyes..
According to Tru Christie and Evan Rainy "it was a treat for those "app-ed' with Merge bio tech
as it made MEN out of boys and Vipers out of "the girls"
who often seemed to take deal with their situation with a  more mystical and  often religious bearing
that that "the boys" seemed to lack
when
Over night from seemingly out of nowhere they began  Hearing and Seeing things..
Out of the Blue
out of the Beam
Their minds  now claimed to be mined
now open books
to be read ....and
written upon.

"Like many American things," Tru Chrsitie would say to a stockholder who seemed  put off by talk off  human testing "  new marvels and mechanisms  of progress  have always relied upon a small share of .collateral damage ..we might not  often  say so out loud but .
without slavery would there have been the infrastructure  for America's  industrial revolution
and without dead China men would there have been a railroad?....
Without ...certain world events going down would so many cell towers have been allowed to go up without naysayers chiming in that there was a reason that wires once held what is now without insulation?

"World events."Valerie would  chime if she had noticed the client getting nervous,"We do not discuss world events .certain or uncertain
in nature or unatural circumstance
..after all Brain Computer Interface and Neural Data Collection  is all about television...and Television has never been about world events...
more and more world events are about television aren't they"
Tru Chrsitie might chime  in "....but this revolution will not and cannot be televised..The American people do not want to hear about human experimentation.  whatever so called steam the human  subjects must blow off..they blow off quite nicely in the great nowhere of 20 billion channels and nothing  ON ..."

Tru  Chrsitie explained ,"We don't really think of the participants as humans...once they get "app-ed"...and a good many of them only  get on a  list  because they require Mentorship and Monitoring and
well...whatever
often comes to those who refuse to see...
things
a New Way..
some of our subjects might have been labeled as non persons in another time when people did not mince words
junkies
the homeless
prostitutes
drunks
prisoners
and certainly our fair share of dissidents...and dissidents often become terrorists
or at the very least
terrible company at a pub
.and why not let's just call a spade a spade..some of our little family .just happen to be in the wrong demographic at the right time...If you need to think of them...NOT as Guinea Pigs
..think of them as Pioneers..developing medical neural prosthetics for the blind  and deaf ...those in critical care ...those innocent victims of head trauma ,comas, Alzheimers..we're even doing our share with Autistics
did you know that some autistics ONLY come out of themselves when graced with Visuals and Sounds from films and cartoons..I work with a young lad named Denny Pace...a low functioning one ...
a pain in the ass ..
on the outside ,"Tru said,
"but on the inside there is something   else going on....something
deep and meaningful.."Tru lied

Really," Valerie said pouring the shareholder a drink,"It's best NOT to tink of the participants AT ALL...the same way one does not think about Cows or Chickens when one is eating them"."

."
at this point Tru would get up and go to the monkey cages stating that
virtual reality and A.I. testing on a primate is in this particular field of mind science not of  much value


in the beginning ,Tru would say we were allowed use of "
what various agencies  and  departments ,such as the police called
"non persons"
junkies ,mental patients and   potential "agitators",petty criminals,whores,the homeless
in this way perhaps for the first time in  these non person 's lives they have been able to GIVE something back rather than take ,take ,take,
and some of these non person ...when it comes to mind to mind interface indeed give what they receive...
I have  man-ed many a man in my time
and i can tell you
as the Enemy
is  not always far ashore
but  in our backyards

Valerie was a Level 8 Neuronaught and knew the future of Television had more to do with interaction first of all to begin getting a census of the entire consumer market..
and because  Merge bio tech provided  a complete discovery of all that a human organism thought felt and believed in simply by using the tv as Rorschach  test
a standardized test
to get a science -ideological basis to WHOM AMONG  US COULD -GO
based not on creed,ethnicity , sexual preferences and things such as these that
as Valerie said "Always got the populace up it;s ethical high horse," next adding "How very odd that the populace NEVER got up and screamed and rebelled that the government not first and foremost take care of the population problem..
now that genetic marking ,neural reading and artificial intelligence and the super computers that housed such could classify and determine
down to the cell and neuron WHO here
should not be allowed to take up parking spaces let alone  procreate more of their kind   ...Of course we're not their yet..but one doesn't get someplace without know what place one wants the world to be....do they  ?'

"How ,down to the very second a mind scan went to give  a human organism  all the wiggle room they might need ...
to not be misunderstood as someone NOT beneficial to the Enway..

for instance every one has a first day of school..a first best friend..a first kiss.
TV already uses the common language of the population...everybody knows what a car is...what a wedding is...but they would and could not if a car ...or if a wedding was not ...introduced upon the the human organism;s sound and vision..
tv presupposes one is acquainted with certain notions of cause and effect...right and wrong...
but so far no psychological study has ever been able to get passed a person  being aware that that  a society excepts us to react  to commonalities in a certain way
people can fake ...normalcy..
as they can fake courtesy...and kindness if it gets them what they want
but what brain computer interface gets is ..one's un-buffered automatic response..
to  instigated stimuli ...and that;s really all tv is..isn't it?
.


Valerie also thought that TruGenic's
and the Trugenic scale of Evolution could be applied to even those
who bought nothing ,had nothing and gave nothing to the world
by inciting them
to "do us all a favor and  final exit stage right" she said ordering a second round...
but often she would gage the reaction of the stockholder before saying so...
and switch the topic away from human experimentation back to the cute monkeys in the cage .

"we, like our monkeys over there  tend to get absorbed in self awareness

"monkeys have self awareness" Valerie would say ,on cue ,as if hearing Tru for the first time to invite the stockholder back to a more mundane topic and point of view.

"absolutely...ever see a monkey with a mirror in it's cage...they can become captivated by themselves for hours."Tru would say ,looking to Valerie for a cue ,if he should go and touch the monkey ,,to show the stockholder how human and "humane" he was.

" Do not forget the Merge  bio sensors make it possible for our  Tele- operator to see exactly what the  sees, reel after reel ....imagine  8 hour shifts and  that fucking  ugly monkey looking at himself in the mirror..so .we took the mirror away,,,but next thing you know he is glancing at himself ,preening or studying himself in every reflective  surface conceivable..eventually we simply cut off the  monkey's face ..mounted it..and hung it in the cage...and trust me he  no longer wants to see any reflection of his face anymore"

"what Tru is trying to say is that we do not give up on the subjects that seem Unresolvable ...we attempt to correct the subject's mindset with the "apps" as well..we are not monsters" 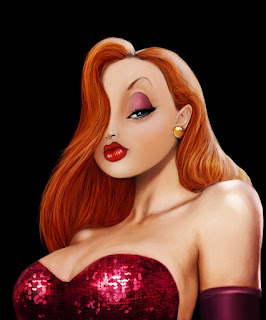