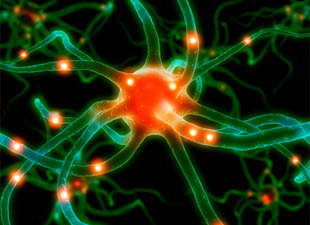 the drive back seems longer than the ride there...mainly because XXXX is trying to explain to me a little bit about Neuronautics.
all the while knowing I have mentors from Neuronautics literally interfacing me night and day .day and night 24 hours a day 7 days a week who KNOW just a little bit more than whatever XXXX learned from his Neuronatuics classes ..I don't really care HOW MANY TIMES he's read " Inway to the Enways "..he's not even a Level 5
and I don't think he will ever be an Operating Tele Presence ..an OT..know why..
because he has NO PATIENCE ..not really..
which he proves time and time again..by saying "HOW TRYING it is to TRY to get a little autistic dumbo to listen...
I am being mean headed..
and know my Mandlers..
don't care for this..
but I graph to my "team" via my Bio tech that is was the sh*tty meth XXXX bought a the KFC
and not my Beingness.
but I stop myself from getting too SElf Referential making excuses with Evan Rainy hates more than
even Inward (or what he sometimes calls my "Jewie Thinking") Thinking during interface.
supposedly my Team at Proxy Cyber works non stop to teach me to ONLY "graph (think) out wardly and Collectively..
and only accept INPUT that has to do with Neuronautics..
Or it could be me ... a garbage bag in a dumpster...

so there I am trapped in the car...listening to Evan Rainy Tele -Emit to my Merge bio tech while
coming off bad crystal
while XXXX is on some pedal stall
telling me about "the way the world works"

But XXXX sees I am listeing (or seem to be from his point of view) to Evan my Operating Tele=Presence...
mainly he sees me start to laugh and
for laughing (which I am not allowed to do..as this is what my Team at proxy Cyber  calls "a tell" that I am 'connected"...or just plain fuckin' looooooony)
well
for laughing at what Evan was graphing ..Evan send me a Visual Over Lay  and suddenly I reach out and swat the dashboard...a reflex..

XXXX is one of the few who knows all about my "apps" and know USUALLY
to never interfere with what he jokingly refers to as my Sire Power.
XXXX asks (and he KNOWS he is NEVER supposed to ask me what Evan or Tru Christie are graphing me )
"Dumbo what were you laughing about just now like some damn Dumbo mental patient huh? Cause you know you are not supposed to let it show or were you trying to show off..and what was that wacko business with you smacking at the dashboard?"

XXXX is saying this I think to try to use me as some phone to Proxy Cyber ..
like he's reporting I am not "masking" my "apps"
and the way they let me and see and hear and feel my "Team":..
as IF I AM THINKING
my Team doesn't read my mind and KNOW just a little more than Level 5! Crank Head why I do what I do..

I try to let it roll off me..I am not in the mood for XXXX's sh*t..I do not like being in cars for this long..
and I graph to Evan can he do me a high tone with my Hzs to pu tme in beeter Visage -ment..
Evan graphs they can only do that sometimes or else they will begin mucking up my  dopamine levels...
so I take deep breaths..
which REALLLLLY pisses XXXX off.

"You think you're superior to me dontcha' Dumbo sometimes?..'XXXX says laughing,'Now how can a man...who a Cybernetics Company saw fit to "app" with biotech that literally reads his every thought and can send "this so called man" interfaces over his eyesight and ears and even his dick think he is superior to anyone...you're a freak is what you are...You were raised on fuckin' CUES Dumbo...like a fuckin dog who responds to a bell going off that SUPPER's ready..Now tell me Snoopy what were you laughing at?and what were you swiping your hand at??

I feel Evan heighten my Hzs so I don't "act out " upon XXXX meaning "swipe out at him' not really giving a damn if he's driving  and we bump into a car ..
I ignore his...trying to egg me on..
and glean from Evan that I am getting very ,very good at controlling the pupils of my eyes from looking straight on at any occipital over rides being sent to my visual cortex
but every so often I will be sent an Oddball Over lay ..in this case an over sided Katydid insect that according to Evan human organisms reflexively swat at..

I begin to repeat almost verbatim
what Evan has graphed me..although I know THAT
MOST OF ALL ONE whose been "app-ed " can nor must nnnnnnnnnever do..

"No Puppet Boi...I asked what you were laughing at..not the stupid things they send Snoop the child man who cannot engage in even LISTENING to a real live3 human being TRYING as TRYING as it is to talk to  a real life DUMMY! like a genuine equal..
so tell me Dumbo ,what was the big joke between Jew' and your Team?'

and than say ,"Evan graphed  ..'.Listen Dumbo what XXXX is going to say next ...and Evan graphed in your voice XXXX "let me tell you a little bit about how Neuronautics works '   and ..it was
funny cuz' Evan said it before you said it.

XXXX suddenly pulls the car off the road and takes out his phone and starts pressing keys but stops.
I assume he is calling proxy Cyber.Than he looks at me real hard..to like see if I am lying.
but I can tell he knows I am not.
XXXX looks away and begins typing in numbers but stops
and touches the back of his head..like there's some hole in it or something letting out his thoughts.
like someone "app-ed" him

I know from Evan and Tru Christie that a human organism doesn't need "apps" for a team to scan them...to decode their neuron activity into words..that it's just easier with apps and less dangerous in terms of microwaves wattage having to lock on..that there's a half a dozen ways to do this stuff with mind reading and mind augment with no 'apps " at all..
but XXXX was f*ckin with me and Evan graphs,'Only Dumbo's team can fuck with Dumbo"

They have done this before with folks around me without 'apps:" but never with XXXX
and XXXX is freaking out saying I "app-ed" him or someone did...
'They're going to make me into some Human Lab Rat like you Damien!"

when XXXX says Damien instead of Dumbo my entire mood changes and not cause of not interfaced high tone Hzs to my Merge .
my posture changes and something shifts in me more when I look down at the red mark on my arm I somehow KNOW XXXX did it..
without thinking I slam my fist into XXXX's face and leap on top of him not carry my back is being poked by the steering wheel and I begin banging his face back and forth into the driver side car  window .
XXXX starts yelling "Dumbo.Dumbo.Dumbo"
and I get off of him and hear the car start up and see the little Katydid on the dashboard  but this time the Katydid,although still over sized  is a cartoon version of Katydid ..not the type of image one reflexively swipes at.
I stare at the visual graph not caring if XXXX sees me staring everynow and than looking out my car window somehow knowing XXXX doesn't want me looking at him though eventually I do .
And I see he has a little piece of tissue up his nose with blood on it.

'What happened to you ?" I asked genuinely concerned.