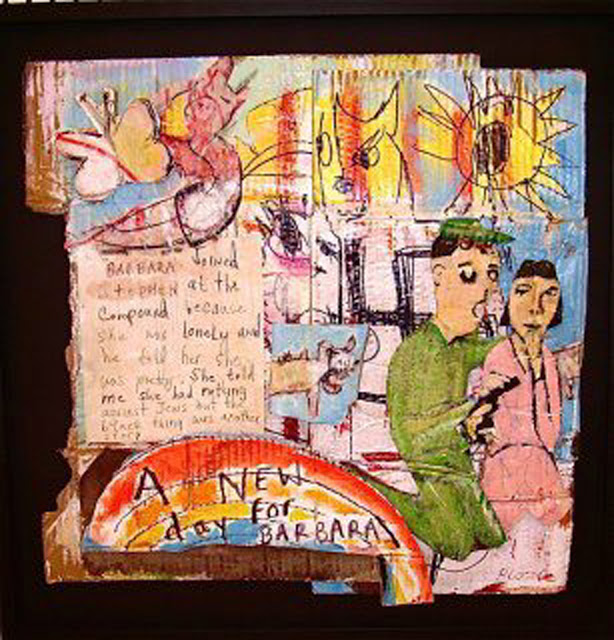 Evan graphs..."this is exactly the kinda' Jew-ie thinking we 've telemetrified about.Cole."
I ignore Evan..and ignore the little shot of pain that ripples down my arm that is supposed to system management me to some kind of
"respect' for this diabolical deed perpetrated upon me..
a better man than I you see would find only fascination in being made.
a human drone..
...I hear a tone bone conductive style and see the all too familiar dead white mouse..in nearly every spare piece of negative space my cones and rods absorb..
and question my "Jew-ie" thinking.
is it so?....that my pouting about being made a Guinea  Pig for science has anything to do with "my team's" belief
that Jews have a built in defect to only look at the --
down side of collectivism....except amongst their own small tribe
my own small tribe has wanted really nothing to do with me since
I was first requisitioned for research in 1994
and driven nearly jack rabbit mad...
by this never ending communion
I was first explained was Remote Viewing.than Aliens,than Demons than "just some Human Testing we're doing with synthetic telepathy...that "should be an awesome experience" that most
would give anything to participate in..
They keep me confused..
off guard..in some heightened state..
and next they'll change the state of what are called Hz..hertz...to "see what we can do is all "
with Merge Bio Tech...
all I want to see them do is be tried in a court of law..
and THIS most of all makes me "Jew-ie" and a disappointment..
I feel another jolt of pain and for a moment my gums swell up...the stuff these dude can do to your  face is almost as bad as the junk they can do to your mind..
the face stuff has to do with several things...calcium ions..fluxs..and also the microwaves they beam at you for some reason "carry' upon the facial nerves" to create bone conductive hearing ..but they admit it's also to reign me in
to train me ...like one might a dog ...by pulling on some collar..or  mouth guard to "show them who is boss"

once a guy gets these apps up side their head they are no longer boss of themselves..
one day soon I hope to jump from a tall building or bridge..
as Evan has
Telemetrified several times "Give me Liberty or Give me Death"
in fact my team now states they might actually have respect for me if I in fact
do what they call Seppuku
and remove my kind from the landscape..
and that one reason I myself was selected to be in these studies was so they can most easily seek and find
"scum" like me based on brain scans that display similar Jewie like
evoked potentials...
those who Intellectualize "the world"rather than  enjoy the world..
but who can enjoy a world where every damn though one has is read decoded and ...than
interfaced based on this thought some symbol, some image ,some pain,some word.some mean bad feeling they just overlap right over your damn mind..

I turn to my small notebook...and begin to type what is on the page
and Evan graphs "type away Jewboi...let every see the sick filth in your mind...
don't kid yourself that eventually the stuff I write of...concerning neural reads...and interface and ..thought decoding will be The New Way...and soon everyone will be able to look into another's
Visual Cortex and Inner Monologue..
so scum like me can't go around walking around pretending I am normal
while hiding me sick ,depraved instincts and patterns of behavior..

"Only those with sick thoughts think this is sick technology."Evan graphs sending me swastikas that seem to float in mid air..the swastikas spins round like pinwheels in gold and silver ..."