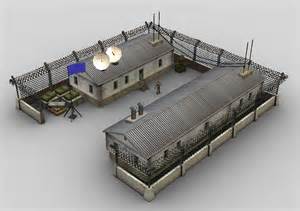 each test..makes one smarter and better.
pain and trauma are  what makes one REACH past their
limits
...from man to superman .
.from soldier to super soldier
plays through me now ...without the thoughts..
without the words even having to be looped
upon me
via interface.
I am becoming

more than by becoming less than .
I am gaining more group identity  by losing more and self identity
when I am conscious
I feel no consciousness
except in so much as "wakefulness' depends only upon input that demands notation
ONLY in as much as protects the me in me
that only counts for the team in me..


the doctor focuses on me ..when he talks
I have the right attitude ..I have the High Tone spirit the doctor has told me privately
but sometimes I  cannot help  slipping toward Self Speak detraction that
maybe the doc  only focuses on me
because he does not wish to focus on Griff.

..who in spite of his  regiment of testosterone shots  still has not lost the "feminine attributes" the more extreme testing has  done to his  endocrine system  with direct energy aimed at glands  the doc had said were " less nuanced" aspects of brain function
than the key Brain Map and Brain Assuage
we Pioneers
were focusing on


or maybe the doc focuses on me because he cannot bare looking at  Mark and Tony 's still bald heads
made so
when similar glandular studies were done using pulsed wireless upon
our small platoon
of Futurists....
Mark and Tony also the Sgt had said were "keeping their hair from growing back" to
SHOW US
weren't they?
and this clever self abuse (their NOT letting their hair grow back) was only Mark and Tony's
demonstration of self will and group consciousness being their
very biologically based predetermining natures


Tony and Mark and Griff do not have the right spirit...

the doctor had told me privately (if only you could be read the Hzs of their P300 signals and evoked potentials  and Luke one day YOU yourself might be made a Mandler..an operating Tele -Presence ..who will NOT pity men such as this but thank heavens THAT finally a technology has come along to unmask "kinds such as this"
who have not the Attenuation to see beyond the glitches

I am not sure if I raise my hand to ask questions
because I am want an answer or if I am being swayed by my  tether
as one of my duties is
to Keep the Troops in High Tone...
It no longer phases me if what I say comes out of me or to me from interface ..
or from myself
should not MAN think and BE only for species NOT Me -Sees.
when I ask if " the molecules sizes bots..the Merge biotech that we took to stay alert  and in vigilant mode for a solid week would interfere with the new biotech we would have introduced upon our dendrite to keep us asleep for a week.." I have a feeling I am just saying something to keep the 'Tone" going
and glean from the doctor 's expression that "I have done good"- making chatter

I can't help  look at Tony and Mark 's half life.
.that now made it impossible for either of them to grow beards..
but feel a pain in my arm
via tether via merge
to move my mind  onward and upward and away from exactly "according to my tether" what Griff,Tony and Mark WANT
-pity

thankfully the initial Merge we took meant to never dissipate was still lodged between my synapses
to keep me in High Tone
to keep my Tele-operators informed of any Low Tone thoughts
so my signaling could be adjusted away from doubt and negative thinking but ONLY towards
wonder and enthusiasm to being pioneers in this type of Brain Science.

I began wondering why Griff and Mark and Tony were not being steered away from their vanity
by their Tele-Presence
and not for the first time did it occur to me mAYBE the three of them regaurdless of "glitches" were Ruiners..
who no Tele Operator could stand being in...
I would go along with the doctors advice to break ties completely with Luddite who only add rancor to their rank.
I decide I will begin to shun "this type" who as the doctor had told me in an aside when I was alarmed by "these glitches" and took pity on those who according to the doctor who told me in an aside
"that it was THEIR fault not the technology's
that it was their own biological bearing or lack thereof that was of a sort that could not handle
being made more than
that "this kind" whose bodies and Tone-alities of Being were low on the Evolutionary Scale of Being-ness..
and never forget that "this type" who cannot take their 're -parenting" their "re -awakening" also have tendencies of brain signal -ship that
seek only to re -thermostat and re -homeostasis  an entire barrack
and I should follow the fold of shunning Griff,Tony and Mark
for being Lessors
that no man wants to Mandle...or steer nor pedal to perfection of Inner Mind
and 'Being-ness"
Posted by vvvvv at 11:13 AM