how to make a tin foil hat (part one) 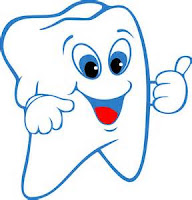 pre-script confabulation into the mainstream media. During WW2 the Army and particularly the Navy was focused  on microwave frequency  testing  aimed directly into a human's skull to allow for  "silent sound" influence and neurological displacement by 'radar". Hollywood was instructed to begin introducing  stories that sounded just "silly " enough and "just logical" enough to explain away the phenomenon. Actress Lucille Ball was asked to introduce the topic in a casual manner meant to be overheard and eventually disseminated to the press concerning tooth fillings acting as antennae of radio transmission-just in case news of certain tests done on unsolicited human "Guinea Pigs" was released and possibly believed.
By the late 50's early 60's tests previously done on animals with electrodes (implanted wires close to neurons) were done to unsuspecting people infirmed or incapacitated in  several state fund hospitals and prisons again concerning sound induction from electronic sources that bypassed the ears. The human testing with placed electrodes in human subjects also concerned how emotion could be influenced by electronics in concert with devices placed into human neural tissue. Life Magazine was given the job of "damage control" concerning minimization of the news human testing getting out. Again tooth fillings were to be the scapegoat (and later punchline) to negate questionable human experimentation.Life magazine claimed a murderer who heard voices said  his dentist had placed a small transistor in his filling.The murderer later claimed to family he had neither told Life magazine nor anyone he had heard voices nor did he believe a dentist had placed transistors in his tooth fillings.


Lucille Ball explained-
"One night I came into the Valley over Coldwater Canyon, and I heard
music. I reached down to turn the radio off, and it wasn't on. The
music kept getting louder and louder, and then I realized it was
coming from my mouth. I even recognized the tune. My mouth was humming
and thumping with the drumbeat, and I thought I was losing my mind. I
thought, What the hell is this? Then it started to subside. I got home
and went to bed, not sure if I should tell anybody what had happened
because they would think I was crazy.
When she supposedly recounted the story to actor Buster Keaton at the
studio the next day, he laughingly told her that she was picking up
radio broadcasts through her fillings, and that the same thing had
happened to a friend of his. Nothing more happened for about a week,
until the evening Lucy took a different route home from MGM:
All of a sudden, my mouth started jumping. It wasn't music this time,
it was Morse code. It started softly, and then de-de-de-de-de-de. As
soon as it started fading, I stopped the car and then started backing
up until it was coming in full strength. DE-DE-DE-DE-DE-DE
DE-DE-DE-DE! I tell you, I got the hell out of there real quick. The
next day I told the MGM Security Office about it, and they called the
FBI or something, and sure enough, they found an underground Japanese
radio station. It was somebody's gardener, but sure enough, they were
spies.
Lucy mentioned the story to Ethel
Merman back in 1942, and Merman had it worked into the Cole Porter
musical she starred in several months later, 1943's "Something for the
Boys." A similar  story had already been published a year earlier in
the book" Flappers, Bootleggers, 'Typhoid Mary' and the Bomb".
Posted by vvvvv at 1:35 AM