"And who were you typing to? the  Doctor asked referring to the post prior to this one on The 8th Floor Social Network site Denny Pace's psychiatrist had  told Denny months ago he was going to   follow Denny's postings
In order
to understand better what he was" working with "concerning the "THEY" Denny speak about in sessions..

"Who was I typing to? " Denny answered ,besides the guy who asked him,,,texted him - in an Instant Message  asking  him  the 'what and why 'he was  "going on about
suggesting these were  " things he did not think were appropriate for The 8th Floor Social Media Network.
and if he needed to discuss certain things that he thought were occurring he should speak to him or his wife
The email the man who had contacted had sent him a strange  E-Mail following his post which disturbed Denny .
The e-mail Denny had brought to the shrink appointment ,tucked away still in his back pocket
"Well,I guess I was -typing to -
Or typing toward anyone else who might think the same way as he did "

Denny's shrink said ," Can you understand that this is Progress?..That my seeing that one small post means to me that we are getting some where here.."

"It means you have an understanding and appreciation of others on the 8th Floor  Social Network site. and thus in a way an understanding of the Social Network offline. Meaning that you care how you might fit in into Society. Your feeling the need to explain yourself to  not just to the man who asked  'What are you going on about" but your ability to springboard from this question into the larger question which made you consider others might  feel the same thing 'What is this man going on about .WHY is this man writing endless posting ?
For a moment you somehow asked yourself  "WHY am I POSTING .WHY am I bothering these people ? Don't you see the breakthrough you have made here because I do...It means you have the ability to see yourself as other's might pertaining to The  8th Floor Social Network..Most autistics cannot see how their behavior affects others..."

By mid sentence Denny Pace had stopped listening. And decided not to show the Dr. the e--mail he had printed out.
There was always something insulting in how the Dr. treated him
Denny disappeared into a place he had no name for
It was a place he had gone to all his life.
.It wasn't so much what the Dr. was saying as the way he was saying it that made Denny's thoughts go elsewhere...The Dr's bizarre sense of "Good Boy" referring to some posting was taken by the Dr. as if he had swum the English Channel.

"Maybe now Dexter we can get down to you seeing how the They you write about doesn't exist to anyone but you...at least for all extensive purposes."

Denny remained both here in the shrinks office and somewhere else but the moment the shrink called him "Dexter"a rage went through him. But  he knew it was not the rage his team wanted in response .He knew this because the Imbue of  cold heat that usually flooded his system and euphoric cruelty that never quite matched with his near destitute existence and reliance upon the kindness of others. The Placed Persons who "took care of him"  who previously "at least " had the return for their investment  in "keeping him" paid with  the  whatever "looks" and youth he brought to the table, the couch ,the bed.

From somewhere in the
in between
thought Dexter
thought Denny
thought Dumbo Dexter Damian the   HZs of Electromagnetic Frequency Aimed at the Merge bio tech
That THEY
had  ingrained in his cerebral cortex
THEY
THEM had told him
were  meant to reinforce the ever ebbing Cues instilled in him with Psychotronic
back -up
Necessary back -up
to keep his mind compartmentalized
as were the Dailies of his childhood
to divide his soul into facets
diamonds
they had said ..
in Los Angeles ...for what was a diamond that was not cut
and Sliver-ed

before they told him IF he keeps trying to integrate the parts of his "some"
he would be of no use
and thus no life to THEM
.

"The THEM that exists to nobody but You Dexter Denny it seems to me might be the only THEM in the 8th Floor Social Network who has any  idea WHAT you are typing about " the Dr. said ,in a tone that Denny Pace knew but knew he should not know was to be save for some unspoken later .
And because of this most of all Denny kept the e-mail he was sent in his pocket.
for some unspoken later as well. 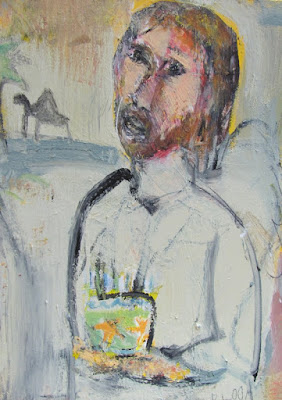 Denny ,I am afraid for you as I know who is behind your torture and who has been behind the torture and enslavement of mankind for thousands and thousands of years. The Serpent People. The Sons of Cain.Ashkenazi Jews are not descended from the historical Israelites of antiquity, but from Khazars, a Turkic people. Khazars  converted to Judaism in the 8th century and migrated westwards into Eastern Europe in the 12th and 13th centuries when the Khazar Empire was collapsing. Your own people who might call themselves Jews but are not Jews . Real Jews want nothing to do with fake Jews so there is no possible way you can convert to Judaism but Christ does not turn away even the serpent in sheep's clothing  .Perhaps you have never been told about the wicked bloodline of which you came .I do not know why your own people have so turned against you with their evil technology .Perhaps because you refuse to embrace the devil inside you .That is what I notice when I read your blog. You are fighting the Satan made  Psychotronic inside you.


I understand that this email might be read by you as Anti -Semitic but I ask you how can this be when you are not a real Jew at all. Only 20% of people who think of themselves as Jews  are of  Sephardic  origin, meaning they are  "real Jews". The reason you are being hurt by Edomites is because you refuse to worship the Anti-Christ. They must despise you for exposing their ability to conjure up (does it matter if this conjure is technological?) a synthetic equivalent of Satanic Possession. I understand that your reception of this email might be dismissed as some fanatic attempting to confuse or belittle you but that is the complete opposite of my intent. Fight these monsters who have used you like a lab rat and only wish to use us all. Research the true history of your captors .

THEY! have enslaved you as one might a fish in a bowl ,a parrot in a cage Denny Pace
I understand how this note might come across .I  need you to understand your words are being read.And your fight against these monsters is  appreciated.

Dear Cheryl,
They already tried making me write like I was Bobby Fisher like 20 thousand rundowns ago just in case they want me to suddenly go all  postal and wanted a real detailed version of what American Sicko is
...to the world at large ...to the world as is.
Being  a jew who begins to think of his race as Serpent people monsters who worship the Anti-Christ is about as
"Oh That's why he shot up the miniature golf course .." as you can get
It's funny that you wrote me this wacky stuff about "my kind" being fake jews  because back in  Los Angeles there was this big push to have me write  against the Jews .


you really research this stuff.
the Illuminati and stuff.?
that's just this crazy diversion stuff to keep you away from the here and now of science and technology and false flag wars and greed if you ask me
.You might think it's "the Jews " or" Fake Jews"
but I think it 's just some corporate venture of some kind that  indeed  wants  to control people down to their very synapses.
.I sure hope there's some genuine G-d gonna get involved in this nonsense though
as for the blog ..it's just something my Mandlers wanted me to do years ago and than it got out of hand
they  just wanted me to shoot  some people a couple of years ago...and leave this odd computer trail of nonsense..and "wacko" behind.
than the said the hell with him ...he's too disorganized or dopey to pull it off.


they think you're kidding yourself believing you are GOOD...
because you've been profiled
and dare I say raised to be controlled..

they go bonkers if you talk about that..being raised to be a nutcase on purpose .so I guess I am fighting this mind fuck like you say
jews and fake jews aside..

don't worry  about any pie in the sky thing..in terms of Jews or fake jews or BOTH taking over the world and all
at least for now I think they just  "app" people to try to make them do crazy stuff
so they can make new gun laws...or pass Fracking laws while reporting on some supposedly crazy supposedly random shooting
preferable by some dude who writes all over the internet he hears and sees stuff...also my Mandlers don't get all in my face and cortex about being a Jew ...in fact they say often they hate my Jew-ie thinking all the time.
Peace ,
Denny Dex

BEWARE OF THE ANTI-CHRIST FOR HE WILL PLAY THE FOOL.
HE WILL TRICK OTHERS WITH HIS CHARMS AND CUNNING.

And beware of those used as the Devil's TOOL-Those who have taken you
have tricked you with ruse  THEY sent you to 'spy camp'...sent you to "storyland" with their Placed People and Prefab Pre neural firings .You think because I speak of Christ and the Illuminati
I am lost?
It is you who are lost but I feel LESS LOST than you were before