Mind encoding  technology will be segued into the system

would be replaced by "he thought/she thought"

there will be " no shadow of a doubt "with
brain signal deciphering technology.
Neuronautics however wants to do more with Mind "Reading " technology and finally RID the World ONCE and for all of
Aberrants
and species of man yes
but a species different than you or I  who has been allowed for too long to spread their deviant emitting of Neural Signals
not just through generations of Ruiners  but through the Enway itself!
Most are unfamiliar with the Neural Highway
and most might assume that thought does not travel through it
But we Know!
and it is our duty to the species to KNOW
RUINERS will  soon have nowhere to hide ! 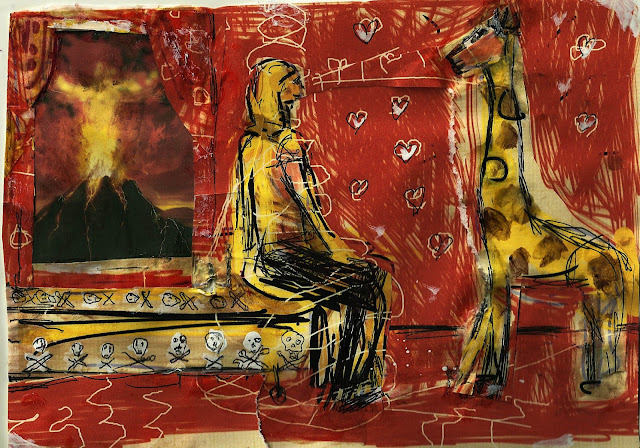 1214 A.D.-The individuals who participated in the first Inquisition 800 years ago kept detailed records of their activities. Vast archival collections  in France and in Spain contain accounts of torture victims' cries, descriptions of funeral pyres and even meticulous financial records about the price of torture equipment.
"[There are] expense accounts [for things] like how much did the rope cost to tie the hands of the person you burnt at the stake," says writer Cullen Murphy. "The people who were doing interrogations were meticulous."
A few years ago, the intelligence agencies had some transcripts released ... of interrogations that were done at Guantanamo, and the interrogations done by the Inquisition were surprisingly similar and just as detailed, virtually verbatim."
Eight-hundred years ago, the first Inquisition was initially designed to deal with an upsurge in heretical activity clerics would come to a town, announce that they were there. They would begin to question people. Sometimes they would use harsh methods. ... They would conduct tribunals and they would sentence people to various punishments."


A key challenge for cognitive neuroscience is determining how mental representations map onto patterns of neural activity. Recently, researchers have started to address this question by applying sophisticated pattern-classification algorithms to distributed (multi-voxel) patterns of functional MRI data, with the goal of decoding the information that is represented in the subject's brain at a particular point in time. This multi-voxel pattern analysis (MVPA) approach has led to several impressive feats of mind reading. More importantly, MVPA methods constitute a useful new tool for advancing our understanding of neural information processing. We review how researchers are using MVPA methods to characterize neural coding and information processing in domains ranging from visual perception to memory search.

WHAT IS A PSYCHOPATH?

Psychopathy  is a personality disorder that has been variously characterized by shallow emotions (including reduced fear, a lack of empathy, and stress tolerance), cold-heartedness, egocentricity, superficial charm, manipulation, irresponsibility, impulsivity, criminality, antisocial behavior, a lack of remorse, and a parasitic lifestyle.


While no psychiatric or psychological organization has sanctioned a diagnosis of 'psychopathy' itself, assessments of psychopathy are widely used in criminal justice settings in some nations and may have important consequences for individuals.
Many people confuse autism and sociopatholgy because they know people with both conditions have trouble interacting and empathizing with others, and because they see the terms “antisocial” and “lacking empathy” applied to both groups. However, the social problems of autistic people and those of sociopaths are not just different but almost opposite.
WHAT IS AN AUTISTIC?
People may see a person’s autistic behavior and mistake that person for a sociopath, falsely believing that someone who may be extremely moral and principled is actually dangerous and lacking a sound conscience.

While many laypeople use the term “antisocial” to apply to people who are introverted and uncomfortable interacting with large numbers of people, mental health professionals use it very differently. When a psychologist or psychiatrist diagnoses someone with antisocial personality disorder, they mean that the person exhibits “a pervasive pattern of disregard for and violation of the rights of others” (DSM-IV), which typically involves criminal acts, chronic lying, physically assaulting others, disregard for others’ safety and needs, and lack of remorse for one’s actions. Sadly, laypeople may read professional descriptions of antisocial personality disorder and conclude that the people they think of as “antisocial”—who may be autistic or just ordinary introverts—are capable of the terrible deeds associated with antisocial personality disorder.
Descriptions of both autistic and sociopathic people as “lacking empathy” also contribute to popular confusion between autism and sociopathology. Most discussion about empathy among laypeople, and some even among mental health professionals, fails to distinguish between emotional empathy and cognitive empathy. Emotional empathy, which is what most people mean by “empathy”, involves an emotional, sympathetic response to another’s feelings in which one feels some of the emotion the other person feels.
Autism spectrum disorders involve impaired cognitive empathy and, in most cases, average to heightened emotional empathy. People with ASDs often do not show the appropriate emotions in response to another person’s feelings
Others, however, usually do not realize why autistic people do not display the usual signs of an emotionally empathic response. They may not realize that the autistic person is far more deeply affected by the situation than he or she appears to be, or would be deeply affected if he or she understood the other person’s experience. In contrast, sociopatholgy involves impaired emotional empathy and, typically, average to heightened cognitive empathy.
Sociopaths understand what others are thinking and often feign empathy to  manipulate people un accustomed to others using such for purposes of sway, sociopaths are often superficially charming, whereas the reverse is usually true of people on the autism spectrum.