"Hitler 's campaign was based on his  appearing to be in several places at once,"Valerie told Indis O' say," "Hitler über Deutschland" "Hitler over Germany"
Valerie saw Indis's face drop

"For Christ's sake ...I am only referring to campaigning ..not rhetoric...Neuronautic's  is about using Mind Scanning Technology to simply  categorize and segregate  people by their Thought Styles NOT their ethnicity or race  .Adolph Hitler  was one of the first politicians to use aircraft travel for political purposes to give the impression  that he was omnipresent ..everywhere at once .. He is in Berlin .now Munich ..now Hamburg..  6 hours later Frankfurt...of course every one was familiar with airplanes ..they of course realized Hitler wasn't magically transporting himself ...from here to there... there to here ...But just the same the effect was of  Hitler being All seeing ..All Seeing  and All of This ..for his country .

.Now for Adam Parker  ... in 2020
we really do have Omnipresence in the form of Tele- Presence
Adam Parker who already , like any actor already comes pre-packaged as  larger than life .
Bigger than life
Better than life
and people have this "thing" for celebrity ...this thing that just by affiliation ..this bigger and better than life rubs off on them"

How Indis hated these Dinner dates with Valerie .How he despised Steerage. How he hated being spoken to as if he was in a 7th grade history class. In the past 9 years he had learned to keep his emotions and facial expressions on a Xanax aided mute.

"Actors are Mystical in nature . magical...
enviable but if that actor in a film seems to even for moments BE like them
there is a connection...Tele-Presence takes that connection to an entirely new level.
The voters ,well some of them might have some vague knowledge  about Telemetry and the ability of  Microwaves to imbue Sight ,Sound ,feeling  upon their brains..
Obviously ,' Valerie said, 'because there are implications concerning this being used as a weapon rather than a tool little if anything ,at least of any importance is mentioned about this technology in the press..Every now and than we toss out some 3 minute puff piece concerning Mind Interface ...but people assume they need to be chipped...or turned into robots or some such sh*t.."we also have our share of  co signed conspiracy writers...Podcasters...playing nutcase all over the computer just to get a glean of who might say something when
Adam parker comes tip toe-ing in their dreams late at night see we can see in advance what Ruiners are out there who might begin spouting Science when the deep Purple Falls..
art..
was never about being good or bad
Indis had said.
back when he said such things
back before he knew

what art would be used for ,Indis thought 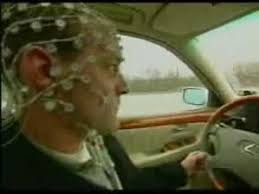