"Am I abusing you Dumbo?" Tru Chrisite graphs..grocks..telepathizes...whatever damn word they use for this never ending phone call to my head...to my mind and what used to be MY OWN 5 senses.."Or do you dig it sometimes?'

There is no way to NOT respond to a graph... .a questioned AIMED directly at the biotech in one's brain tissue but I try to nonetheless NOT to graph back
by staring at a ring of blinking Christmas tree lights inside my mind.
I had set up these lights  in my Mind's Eye years ago back when "My team" was teaching me methods
to 'how to Disappear Complete" Radiohead style
the twinkled lights  are right next to an audio loop I had  forced into my auditory cortex  ,a jingle from an old Purina cat Chow commercial  ...

"AmI abusing you? or I am amusing you? Tru graphs.

"Ok..OK Dumbo...I want to see how long we can keep this up buddy." by keeping THIS up my Mandler means ..the twinkling lights Mind's Eye Style  and the Purina Cat Chow Commercial jingle..

I stop the "Can't touch this ,can't crack ..can't read my mind stuff.,,,:
when Tru imbues upon my ,into me
"Spare yourself and spare me Dumbo  you already  answered the question while trying to "Windmill" your mind
..and Brain map is  a wee bit more intricate and illuminating  than your Xmas bulb Twinkling and Purina  cat Trilling
the display on my panel that indicates  TRUTH and "a YES Mikey Likes It 'response"have very little to do with your picturing toy monkeys playing cymbals

Your ambivalence to being Mandled is in some ways fascinating to researchers.
You're addicted to it.
I prefer to think of it that way think of you that way
rather than lacking a certain character   that a better man might have displayed by slitting their jugular vein many moons ago so as not to be anybody's tinker toy.

I refuse to purpose a "f*ck you' ..if it slips in to my mind let it be non purposed...
in a ""I'm not here....this isn't happening " neural neutrality of some kind
that infers NOT interfaces -a
"I refuse to
be involved in this interface...: fashion

but this is not possible..I am not as usual surrounded by the cacophony of White Noise Machine ,White News reports and Spanish language radio ...I know not a word of Spanish..

for some reason. Probably because of the sickening tardive dyskenetic Linger of neuroleptics making me too lethargic
and loopy to even expend the necessary effort to turn on this absurd armor
and also the neuroleptic gauze
gape and gone -ness to feel "brave " enough to actually listen to whatever Synthetic Insanity my "team" wants to
handle
with my wits alone.

These mind numbing ...pills called neuroleptic that decrease dopamine levels to such an extreme that one's mouth drools spittle and walking a shuffle
does not exactly leave one with 'wits" but involuntary fits of muscle pain so discomforting
one feels so afflicted by these horrible pills used for  visual and Aural Hallucinations
NOT stemming from
Psychotronic Target Practice but organic Thought Disorder
that one is suitably without affect hence fear  to really listen to
the waking nightmare one's team transmits one Str8 to cortex

I listen .
I stare at the tiny camera
watching
me watch
the words I type.
Glad to know America is keeping guard
and keeping up with 'the latest" tech to Secure Us All!

"Oh My," Tru Christie graphs sending me a visual of a melting clock from some painting I remember seeing"It's Suicidal Ideation Time...ain't it ..."

Tru is one neural firing ahead of me.When it really hits me I will never be able to disable the interface with "My team" inevitably my thoughts go toward High bridges and low hanging beams..

"Now in a court of Law ..since Thee displays  interface of Self harm ..a thoughtful judge and jury would say what Dumbo? about Remote Neural Monitoring you.... A court would say BECAUSE the SUBJECT displays THOUGHTS that he WISHES to HARM himself    He must be monitored..."

"The reason I have thoughts of wanting to harm my self you Douchebag!" I graph ,'Is BECAUSE of this f*cking Brain Computer Interface "

I zip zap of pain goes through my arm...and my Mandler ,Tru Christie graphs that I can't let some wee bit of conversational tone in the interface distract me from hiding my thoughts under twinkling xmas lights and the "Meow ,meow ,meow" of the Purina cat Chow commercial.


the tone of the sound of the interface changes..
my mood changes to that of blanked out Beta State as if I am watching TV...

without  words I am somehow inspired to release the Xmas lights from their wire chains..
and begin arranging the lights mind's eye style such a way that most anything I am served up by Mandlers becomes less interesting and mesmerized than what I can see Mind's Eye  wise.

next I am somehow pushed to LOSE the purina cat Chow jingle from my "do to " place by  focusing on SOUND in terms of Tracks.
Layers.
Ambient sound of a party.
with a LOOP of discordant SOUND of a Forest.

I begin to ..but I can't.i don't care about these tests.

"You can't Dumbo because you took the f*kin' Seroquel again.....That sh8t turns your mind to mush dumbo...makes you moody..angry and go all greenpeace on us...All human Experiment  help me find the white faced fly all over the fuckin' internet..
How many people are on the internet selling this ,buying,that
commenting on this ,commenting on that,grazing over this ."Liking" that,taking a pic of their abs  sending that,
e-mailing this.POSTING that
what in Christ's name do you think a single word anybody says about being human lab rat
means to anyone Dummy!
"OOOOh there goes Mr. Cyborg Nano Bum  ranting on again
well
better he be on line I reckon than screaming outside the street.
OOOOOOOOOOh but I do feel sorry for the poor sod...I wonder if people notice when they're Unfriended.
hmmm does Dumbo..notice anything besides his own delusions? I wonder..
No correct me there Boi...Nobody who might have wondered that ...4 years ago
wonders that now would they
Maybe  they wonder WHY oh WHY isn't this annoying fellow ON somebody's kill List
THIS GUY deserves to be on a kill list and made into a Human Guinea Pig..
or aT LEAST locked up SOMEWHERE
why? BECAUSE MY GIRLFRIEND OR BOYFRIEND OR WORK ASSOCIATE JUST POSTED
A JPEG!OF A NEW MOJITO  DRINK they discovered 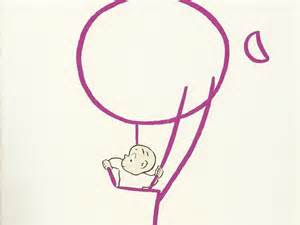 or a JPEG of puppy eating a kitten!"

mY MIND STOPS FOCUSING ON THE LIGHTS I HAVE FREED FROM THEIR STRINGS MAKING GEOMTRIC SWIRLS ..MY INTERIOR MONOLOGUE
sOUND BASED ON A SYMPHONY OF  sUPERMARKET  AMBIENT SOUND MIXED WITH CRICKETS IN FORREST  MIXED WITH MY THINKING OF THE CLOSE ENCOUNTERS DUH -DUH- duh- DUH DUH backward
IS WIPED OUT

AS I AM FORCED ..or so it seems to see a puppy eating a kitten

I have no idea what happens on the other end of the line.
sometimes they might interface me "teams'  in this 1970's style like air traffic controller like tower
or what amounts to some Phil Spector like  recording  room.
or those old movies of when computers took up an entire rooms  and so the audience knew they(the computers) were doing things
all these lights would be going on and off all frantic like.
and these circular things spinning making noise..
again so you could see ,really see hard work was going on..
lately I am shown very little..
but an expensive board room with TVs on of like hundreds of people's thoughts on ..
and around the office room are faces...people faces hung like a hunter might a moose head.
but usually lately I just see these images in "Facetaker" dreams
which to be fair are only so you don't look in the mirror too long which f*cks it up for the Mandler whose job it is to see and hear and feel
out of your eyes ,ears and senses etc..
so
in a way you can't blame them

"And in a way ..And in a Way!" Tru Graphs,"You can't EVEN JOKE AROUND WITH DUMBO WITH IMAGERY ANYMORE. can ya?.'

I imagine that last graph appearing on the screens my Mandlers use to read me
or this nasty piece of thinking going directly in someone's mind with this neurotech
and  I try my best to cartoon-ize  the thought..
Movie -ize it
even going so far as thinking in black and white (and this is not easy!)

'But you tried," Tru graphs, sending me an image which appears to float mid air of a dog bone..
shorthand for "Good Boy!'

My mind for some reason feels impelled to reject this offering and go
art-house angry man
with this imagery of the faces hung like trophies of human test subjects who said too much online ...or Mind to Mind.
about their "Mentoring'

but I stop myself..'
and do a fade out
..
next graphing to Tru Christie  a nice cartoon dog taking the floating bone in it's mouth with the cartoon sound of a chomp chomp...

hoping Tru can delete my art-house horror movie thinking about an image HE used upon me...
to show what might happen to Proxy who fight their Mentoring too much

the Seroquel has fucked up my sense of humor
my mouth is still swollen from the pill..
It takes me days to get that damn pill out of my system

and thankfully a jolt of pain by remote
from the Up There Somewhere snaps me out of this
Self referential thinking my team hates almost as much as self reflection in a mirror.

I ping ping ping goes through my head...indicating I am not to think of THIS mentoring to correct my THINKING
in a Science-ie way...

"Why am I not HEARING the Close Encounter's theme backward and crickets! WHY am I seeing TV Test patterns and not Geometrics Fractals!...Why because DUMBO took a Seroquel last night because poor ole Dumbo is tired of being used ...tired of being hustled...tired of being Mentored by The New Way!"


I think about smashing my head against the wall

"Go watch TV" Tru graphs.."Or go out and get us some WIDE SHOTS'

I feel odd sometimes going out and gathering WIDE SHOTS or GROUP SHOTS that only I know are being transmitted , I felt that way when I was sent to the Students for Peace March  and graphed that I should   chum up to some girl named Eileen Edwin .