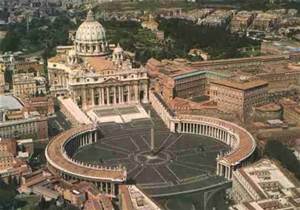 V. Prentis and Tru Christie knew that the easiest way to control the information a human organism received was to impart the information through a medium that best controlled the masses perceptions of reality both consciously and subconsciously. Tru Christie realized early on during his brief work at Parasol Pictures that the problem with TV was that one could turn it off. In the early mid 1960's ...Parasol Pictures began working on creating a type of television one could not.

A new TV that could and would bypass one's ears and eyes as the signal would penetrate safely the 2 inches of skull that separates mind from "Group Mind". To begin introducing aspects of this technology before it's viability a small section of the population was raised in a manner that simulated Immersive Reality on the brain by hundreds of thousands of men and women who were asked to try to raise their children in a style that mimicked the foreseen future of this new brand of television.

(2)....the experiment began with newborns being subjected to sensory deprivation experiments were done to attempt to instill notation(imprints) and referentials on children.... parents in the studies instructed to be purposely cold , distant and mute..*. to mimic Harlow's monkey studies concerning children turning their attenuation to a warm terry cloth covered armature of Mother Monkey ..or in our case the warm light and warm tone of TV ( some placed parents told not to touch the children ,nor speak with the children but rather to glower at the children and even wear masks to frighten them ... anything to divert the children attentions and love toward televised image... Often these children were adopted like myself and Denny Pace so there would be less chance of instinctual bonding .... because these experiments were both repugnant and secretive....few who participated in them , except for the now grown children raised in this manner who were "encouraged" rather voraciously to not speak of it ..UNTIL THERE BECAME LITTLE CHOICE not to....there is little data available on symbolic representation imprinting of ideas and triggers on a child raised this way....except by those who live in fear writing even a single word.-Cole Cohen 3/12/13

There is of course no end to the explanations as to WHY this type of "sociological "rundown "had" to be explored....No end to the reasons that inferred that others might "do it"so must we........Actors ,writer and all that goes with Broadcasting were coerced, forced or enticed to go along with Referentialism in the early 1960's....and those that spoke out against it were dealt with quite harshly. Sometimes "an example " was made of those who did not "tow the line" and these demonstrations of what happens to those who "say too much" would be "co-opted" into the very situation of "Mediated "happenings" that might act as a "change in the style of the times" Cole Cohen 8/2/14

Hollywood is the only "secret society" on earth that can pretend it is transparent by means of it's seemingly transparent relationship between it's source (constructed sound and image) and it's target audience - there is something of a gentleman's agreement between transmitter and receiver that insinuates 'we are IN "on "the game" and know "what we see and hear has been "produced" and "preconceived" to solicitously draw us in ...and perhaps closer to a type of One World View that "at the very least gives us something familiar to speak about around "the water cooler"-since we "know "Hollywood is "about " make believe we can convince ourselves us we are "in" on the "spin" but we are not-...and never were meant to understand the implications of the medium... Cole Cohen

a patent to die for

- but they won't for long

and weeks will go

but we will have you

and in a place so hidden

-and the funny thing is-

we will hurt you

but oh !don't you worry

and tears and tears

Evan chants.
(3)
-"To understand in depth what is going on in the brain we need biotech that can fit inside or between the neurons and transmit neural events in real time based either on the human subject's response to scripted events, and nterfaced events introduced into the subject's 5 senses and cognitions.We also must sudy the subject's unmitigated response to day to day events neither manufactured by "Street Theater" ,"Placed Persons" nor Tele-Presense .We have already observed that high-frequency electromagnetic signals can be garnered once a human organism's brain tissue is besot with microscopic chemicals that can amplify sigal breadth. We have also had some success with a host of electromagnetic receivers that act as "chips" in several discrete human studies.Current integrated-circuit technology and current digital data-handling technology is already capable of recording and analyzing the signals emerging from millions of tiny transmitters firing simultaneously.Nanotechnology will allow us to interface via radio-frequency to large populations with less and less expse to observe and catagorize neural activity in a wide demographic as to build a data base of thought style based upon such study-"Inways Magazine" (1993)redacted Acrreditied to F.*yson ,physicist 1995

Because the researchers were only invested in understanding the brass tacks of how a brain Computer Interface and a Direct Neural Interface worked
it was decided that the technology needed to be outsourced away from academics and into the hands ,hearts and minds of
those who 'job' it was to direct the minds of others to their own views and ideologies
IF only to discover HOW a human organism might either by swayed by such intrusion
or smite by such intrusion.
It was peculiar to the liaisons just how many groups they contacted
had an interest in the testing

In the "apps"
In the project

and more interesting too that by the 2 nd week most whose job was now to read and write upon another
found their ward
an "Unresolvable" Non Person who should NOT BE ALLOWED to exist.
Posted by vvvvv at 11:41 PM