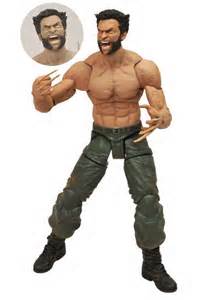 one of the roommates has her little brother at the house...and because of this..we all have to eat together ..
at the table..
all at one time.
which we don't usually do.
cause I don't really like eating with people...nor much being around  people much anyone ..
I have too much social action  already dealing with the Tele-Presence stuff..
and it's kinda weird dealing with people who speak what SUPPOSEDLY is on their mind
rather than THINK to me what really is
or some Role Play of what will be..

i never quite got into  the swing of dealing with Mandlers sending me sound and image
and people face to face not Mind to Mind
sending me real life sound and image of whatever they think they're supposed to say at any given time.
supposedly according to Proxy Cyber
the two 'realities"are supposed to work seamlessly ONE DAY
when what he calls - real consumers- not test subjects get Merge Bio Tech
My Mandlers admit they couldn't treat someone like a dog on a chain
if that someone  paid  for their A.I.

I exchange for not feeling directed energy pain
or having odd scary occipital over ride
they ask If I can try to "give this sh*t ' a  spin round the block,at a bar..at a club etc
and not look like I am wacko or Karnack or St Bernadette or that chick from the movie "The Host"
supposedly
I intentionally
screw everything up
by staring into space ..or worse up at the ceiling or  at little corners of the room where "My Team" superimposes graphics and cartoon etc..
while simultaneously I am hearing  shit no one else does
often but not always from the little projected sights

according to Evan  they have seen me(and not just by decoded visual cortex which tends to show them according to "them" whatever I feel they want to see."
Me  purposely letting my so called "Enhanced Perception "(which isn't even my own but whatever THEY lay on me )
LOOK like an Edsel in the making.
a Google Glass
a freak show
instead of "something awesome"

anyway...our roommate's little bro is in da' house..and this for some reason is cause for this making all the roommates eat together..
and it's not even the kid who is like 5 ..It isn't even the kid's birthday
so ..what's the big damn deal..
anyway to be social or cause XXXX bugs the hell outta me..that "This is what people DO"
so I go down their..
Of course I bring the comic book of X-Men wolverine ..with all the words from the comic book scribbled out like Evan says..
cause my job
one of them at least being a Proxy
is to (with Evan or other Mandlers) look at the Wolverine and Evan makes the Wolverine move ..and become 3 -d ..that moves all around the room..sometimes a big wolverine sometimes a small one..sometimes just Hugh Jackman in a blue T-shirt and chinos.
usually Evan makes Hugh Jackman very small but glowing..
don't ask me why..
I just seem to work here.
well...I am sitting there at the table..just semi focusing on the Wolverine comic book sorta' waiting for Evan to do his stuff and make the image of wolverine move ..
so he and my team and research how Occipital Overlay "works"
in terms of them crafting the overlay in such a way with scale and color etc..so the Holographic like seeing that Merge allows doesn't clash or something with the window shades or something.
also to discover if DUMBO can somehow not move his DUMBO head around like some fuckin' mental patient watching the cursor/wolverine whatever..

well...I am doing ok eating this nasty salad..sorta watching Evan do his stuff
and the little kid starts saying "HEY WHY IS DUMBO ALLOWED TO READ AT THE TABLE!"
first of all I can't believe my roommate actually calls me Dumbo to her little brother.

and XXXX says "It's Dumbo's job to read at the table"
and than the kid says "What's Dumbo's job?'
and XXXX says "Dumbo is a cyborg. Dumbo was made into Avatar in Los Angeles becuas ehe was writing MEAN MEAN things about how he was Raised on Monarch programming and mean things he wrote about actors being sociopaths. Or they couldn't project emotions..so they took Dumbo and shoved little teeny tiny bots in his arm...that connected to his neurons..and now he is controlled by people who read his mind and put things into his mind and also his eyesight...The made Dumbo into a little puppet..a little toy..a little monster like Frankenstein...Bad people like Dumbo get turned into little puppet people.."
"Is that true Dumbo?" the little kid says with this serious face
"Fuck You," I say to the kid and the kid starts crying like nobody told the kid "Fuck You" before.

The roommate grabs her little brother not like he's 5 but like he's an infant and takes the kid out of the room.

My other roommate says 'I think you should apologize "folding her napkin like  she is all appalled. Like I don't remember the filth that come sout of her mouth when we aren't acting all fake nice and polite for some kid.

"I think XXXX should be the one to apologize ,not me"I say .

XXXX rubs her arm ,smiling at me in a way that I can only see him smile" He can't help it..He's Frankenstein ..a monster" He makes a sad face for her benefit and makes a move to cover his face to demonstrate how appalled he is but stops mid way as our roommate has completely turned her attention on me who is trying not to see Wolverine seemingly sitting upon her shoulder.

"You really are sometimes," she says," a monster.you NEED to be Remote Neural Monitored.Everytime I begin thinking poor Dumbo got "app-ed" I see more and more proof that SOME PEOPLE don't know how to control themselves without wireless."

I raise my fork at her without thinking .I am not sure if I do it jokingly,I don't think so.Or if I raise my little fork just automatically because I am angry. My arm freezesup like charley horse..A Mandler trick
meanwhile  a 2 inch or so Wolverine seemingly floating in mid air says"Whoooooah little buddy..Whooa little buddy"

"It's a fucking plastic fork you dumb  kunt " I say to my roommate who I see taking her plate and running with it to the kitchen.


XXXX sits there shaking his head ,smiling looking at me like I am a statue ..which I sorta am at that moment because 'My Team" is fuckin around with my limbic system..
'Dude ," XXXX says ,"Let my Dumbo GO!'

Slowly my arm un jostles itself and XXXX yells in a real movie like way "Oh No ,Oh No Dumbo has broken out of his chains"

I hear the little kid scream
and see the two roommates poke their heads out of the kitchen .One saying "XXXX you know sometime your are as BAD as he is"

The two roommates come out the kid 's head literally hugged to his sister's shoulder afraid to look "at Dumbo out of his so called chains" and go out to the car.

I watch a tiny Hugh Jackman walk back and forth near the butter plate with his hands behind his back..as if considering something.
Feeling like an idiot ,soooo not in the mood to play games with Mandlers I take my plate ..or rather my little plastic box of weird tasting sald to the kitchen just glad the kid and the two roomates are gone .
XXXX yells "You want me to keep you company in there or are you OK with Wolverine?"

'I'm Ok with Wolverine" I say..by now I have calmed down..my mood has been modified by my Mandlers who I sense didn't appreciate the kid calling me Dumbo.

I begin eating in peace on in the area near the  sink. Evan ,as Hugh Jackman action figure sits  on the little piece of Brillo pad.
And for once everything seems normal.

I begin eating ,making sure the raisins and apples in the salad do not get onto my fork.
It is not an easy task and a few times I have to with my fingers remove the raisins and apple from my fork
Next I am even more careful not to let this happen again.
And suddenly I hear Jackman say"you are overgrandizing this non event'

'What/" I think ,trying not to let my neurals spike .

I am well aware my vision both via my occipital cortex and inner vision is transmitted back to my Mandler's and re-pixel-ed on some screen.and of course have been graphed and interfaced a zillion times that I am to damper my Emanations concerning Trivialities of Daily Living such as eating.

Not in the mood for some Telemetry Torture I try to tone down what Hzs my skipping over raisins and apples THAT AREN'T EVEN SUPPOSED TO BE IN SALAD trying to focus more on the offending pieces of fruit before I let the fork overlook them.

I hear first than see Evan as Hugh Jackman in the salad saying "You project this non event and thus focus on this non event as if you were doing recognizance ..it's disturbing "

XXXX comes in the kitchen
'Why you get me salad with fuckin' raisins and apples in it ?" I ask XXXX,"You did it on purpose ..you KNEW .You KNOW I have to recognizance around the raisins and apples to eat..and you know the Mandlers hate that shit"

"You're being paranoid Dumbo" XXXX says