Proposed Bill to Disallow the Mentally Ill to use the Internet

The schizophrenic will look anywhere and everywhere for some "rational" reason or reasoning to explain his or her symptomology. A mental patient for good reason does not often like being thought of as a mental patient so much so perhaps that  one with mental illness would prefer being told or perhaps "excused' of their stigma by reclassifying themselves as a "test subject" a "project. Some experiment of the Transhumanistic Movement.." No longer does this type explain away their illness ,their hallucinations  as caused by little green men or the supernatural .No these days this type feels their condition is caused by technology. Perhaps the stigma of mental illness is still so great that especially concerning the more devastating forms of mental disease such as schizophrenia or psychosis that is has  become easier for the unfortunates suffering from delusions and deviation of their senses to believe that "something or someone" has deliberately tinkered with their "internal guidance  systems.In increasing numbers many of these unfortunates have actually pulled their wits together enough to "act" and set forth legal claims that this agency or that has indeed "somehow" caused  some type of intervention with their minds and nervous systems electronically or biologically or a combination of the two.Something called Biotechnology. According to some mentally unbalanced individuals there is some type of world wide epidemic of Post Nuremberg sanctioned causation to Biotechnological Experimentation on their specific demographic which can best hide the human testing...as who better to play mind games with than one who already has a previous diagnosis of let us simply call it diversion of "the norm" in terms of both emotional and cognitive states.Schizophrenia and Psychosis the cinema and literature has taught us are especially dangerous abnormalities .According to clinicians this type of individual is not grounded in our mutually understood reality ,so why not by all means take advantage of their low position on the social totem pole and experiment with psychotronic devices and neurotronic advanced technologies as are these unfortunates not already essentially "masked" or labelled bizarre...according to several so called "Targeted Individuals" their previous psychiatric label ,which did not include hallucinations neither aural or visual placed them in "harms way" with Big Pharma and The Mind Augment Industry which indeed exists and therefore might verify this type's delusions they might  be considered "the perfect stooge/Guinea Pig" for research and development with an array of  "new toys' and "gadgetry".I suppose one might "have to be excuse the term ,"mental" to understand the logic of "the BIG SCHEME OF THINGS"although I can empathize that a person afflicted with the "there but for the grace of god go I "conditions of Psychiatric illness may very well  be entitled or at least predisposed to search for answers as to "Why Me?"..Why am I like this?Why am I mentally Ill? 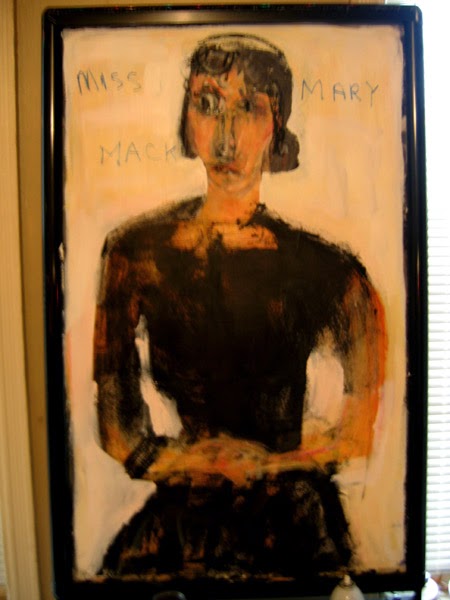