Gary Rainy had no intention of keeping the doctrine


within the confines of the various annexes and "reading rooms ".

crossover
from periodicals and books to

television and film
to save  and gage  the world at large

would be Neuronautic's olive branch to Ruiners worldwide

Gary Rainy,a showman by nature
always wanted to be in movies"

Gary  preferred the style of acting that was "pre-method"
and  Valerie Prentis proposed  that
their stable of actors would be trained  to "act" in the fashion and  style of the 1930's ,40's and 50's
as this style of performance would be" a wonderful way of Parasol Pictures immediately setting themselves -apart

"it would  immediately give Parasol  an identifiable brand"Valerie said

Gary Rainy's mind and demeanor were always running too hot or too fast
to work through the problems of filmmaking being "a group enterprise"
Gary ,the leader of the Group
worked best -alone
and while
Gary was adept at producing
short instructional films and
corporation-al educational films  of "How Neuronautics works"
Producing a full scale
movie "ready made " for release
was out of Gary's element and temperament
Gary inevitably got lost his own doctrines and teachings
crafting The New Way's doctrines and teachings
that seemed incongruous with
money making linear narrative depictions.

Valerie Prentis however knew intuitively how to turn  Neuronautic's Philosophy
into  via product
that in Valerie's words," didn't hit them over the head with it"

Valerie explained that one must" think like one's enemy

the films we are making ...are always in step with the belief in measurable Emmination

and the Entities that
one must synchronize with
and think towards
and For...

Valerie ,knowing Gary needed reassurance and set down on paper the 20 year plan
and
an outline of what teachings would be presented in a Parasol Picture


" our films must  resemble the typical fair of cinema as it is
"the Teachings  of Neuronautics must not "come across" as "message" but as demonstrative..for instance" Valerie said,"if the story of Cain and Able is  told in it's time and place it already has set up a wall between premise and audience

... not many film goers can SEE or HEAR  themselves
in a story that occurred  1000 or so years before Christ.

.. but if we update the story to modern times  we can still instill upon the audience the Principals of the original story
.Likewise  with the stories and philosophies of Neuronautics

and only give their allegiance to Emminations


but the audience can understand  or accept Co -Conscious" Merge "if for instance we change the Evolved Entity into something already in the Collective Consciousness for instance Vampires..."

Gary heard what Valerie was saying but certainly did not want Co -conscious Communion to be perceived as anything monstrous..
Gary told Valerie that  Neuronautics had to be portrayed in the best light
and certainly not as   "the bad guys"NOT 'as vampires.. 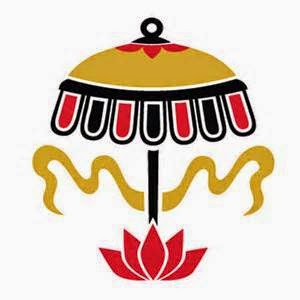 "The vampires WOULD be the good guys,"Valerie said,"the Group would help "save" the Joiners from all the crap their parents ,teachers and Ruiners placed upon them "

Gary closed his eyes and shook his head, confused.

."..OK lets not consider vampires....perhaps spacemen ,perhaps aliens come down to earth and   instead of the space species being the menace the menace is the people they take over ?"Valerie said, "The earthlings are taken over not to be necessarily" Hurt but Saved
,,
"no,no.." Gary said,thinking Valerie had spent too much time with Ruiners in Hollywood

' I know what I doing ..," Valerie said ,reaching into her purse, fumbling around for something.

Valerie kissed  Gary on forehead and lifted his forelock using a an eyeliner pencil  she drew a small parasol* that disappeared when Gary's forelock fell back in place...