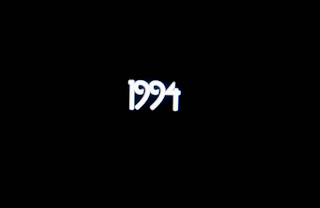 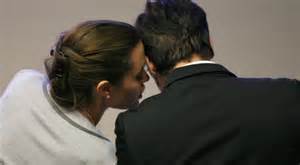 "More than any other psychiatric "disease" is schizophrenia defined by a visual image of what the condition is meant to evoke in the Mind's Eye of the masses
Normalcy in a society is often measured by highlighting "the accepted norm's " polar opposite " Reginal Gasker said throwing Denny Pace's drawings all over the floor of the Gasker Gallery ,
" This isn't what we agreed upon..it looks forced"Reggie sniffed
"You said you wanted art.. looking like it was done by a crazy person ..." Denny Pace said hating the arrogant man
"It looks like someone tried very hard to paint like a crazy person " Reggie said.
"I did try very hard to paint like a crazy person" Denny Pace yelled watching Reggie kick a small sculpture of a pony he made out of tin foil and pine cones and ceiling wax,it one of Denny's favorite pieces.
"This isn't going to work is it? "Reggie said ,"Your're like the rest of them..and here I was thinking THIS is the one ...I thought I saw a bit of the raconteur in you . ..it's Ok ,it's OK ..you can keep what I've already given you and stay in the apartment till the end of next month .who knows maybe in a few years you can become a real live boy ..some crafty graffii artist in an uptown torn down loft ..but here I thought you could be so much more...by letting yourself be so much less ..for The New Way .
.I knew your father
Patrick Pace .
.such a risk taker .
.such a singular
forward thinker..a true man with grit ..
I guess you take after that dishtowel of a thing ...that wee mouse of a thing ..Lisa,Lyla ,Leena '
"My mother ,I assume your talking about my mother her name is Layla ,'Denny said trying not to get angry.
"Whispy is the word I think of when I think of poor Leena Pace ..strange I didn't see that in you right away ..now ,now I can see it clearly ..the bourgeoise provincial thing ..down to the well placed tattoos and perfectly ripped T-shirt. and 5 day beard .
the 3 days or oh no
4 days a week gym thang with the arms and shoulders.
starving artist with personal trainer
...I could throw a net on any sidewalk of any major city in the western world and have 700 of you..
all the same ...all the same.."Reggie said bending down and picking up the sketches ,placing them carefully back in the portfolio
"Stop"Denny said ,"I can do better ..I didn't try hard enough I'm sorry"
'The problem is Denny is that you tried too hard ..I thought I recognized a hint of the wild man in you ...the prankster
like your father ,"Reggie said'"thought I saw that in you
"It is Denny said ,"It is '
Reggie looked at him and nodded ," Ok ,Ok maybe you can go the distance
..I have something that might help you think crazy....help you really play the part...do your part"
Denny smiled thinking Reggie was going to give him some hallucinogens
but instead Reggie handed him a pill with the words Proxy Pharma on it .
"What is it ." Denny asked taking the pill .
"It's called a neuroleptic ..it's the reason so called crazy people shuffle and sometimes drool"
Denny took the pill and swallowed
Reggie handed him the bottle of pills ,the label of the pill bottle peeled away "Denny ,this isn't a one day ,one pill type of thing..do you understand ..it's about us creating for you the entire persona of Lunatic ,an entire biography ..it's about inpatient hospitalizations ..you giving sad ,stilted interviews about homeless shelters ,section 8 apartments ..no faking this stuff...it's all gotta be realer than real..the pills will work wonders
but you can't say I don't like the way the pills make me feel...the way they make me look...we either do this all the way or we don't do it at all..understand..?'
"It'll be fun ..an experience .." Denny said ,all he could think about was the stipend ending and going back to work at the Home ware store.
"I think we picked the right guy..I think you understand what we're trying to do here .
We need someone to help us brand what lunatic means ..what human vermin is in the 21 st century
..what Sicko means
in terms of a certain type of political stance .
what Freak means in terms of people who put down Hollywood and pop culture"
"Damn it man I get it OK ..
The next week Denny came into the gallery ten pounds heavier dark circles under his eyes .Reggie opened the small portfolio held in Denny's hand
"Horrible ..absolutely horrible work .It's perfect "
Posted by vvvvv at 7:28 PM